"The success of '2000 Mules' on Rumble is a great sign for creators who do not want to be silenced or censored for their speech," said conservative filmmaker/author Dinesh D'Souza.

The documentary made more than $1 million in under 12 hours on video streaming platform Rumble and its subscription platform Locals beginning at noon on Saturday. The take was "good enough to put '2000 Mules' in the estimated box office top ten for the weekend of May 6th to May 8th," according to the video platform.

As of publication deadline on Wednesday, the film was earning an enthusiastic user rating of 7.4 on the 10-point scale of definitive film industry site IMDB.

"Supporting creative independence is core to our values, and we are thrilled to offer creators a new way to distribute and sell movies independently," Locals President Assaf Lev said.

"The success of '2000 Mules' on Rumble is a great sign for creators who do not want to be silenced or censored for their speech," D'Souza said.

"This is proof that independent media doesn't need corporate media's help to succeed," said Rumble CEO Chris Pavlovski. "The people will build this ecosystem on their own, brick by brick."

Former President Donald Trump, who hosted a screening of D'Souza's documentary at his Mar-a-Lago resort last Thursday released a statement about the movie on Wednesday. "Every American must see this movie," said Trump. "It's the most important political documentary ever made, because it reveals with irrefutable proof what really happened in the 2020 Election. The film is now on two great platforms where the Radical Left cannot censor it or take it down."

With Big Tech censoring claims of election fraud in the 2020 presidential election, D'Souza released the documentary on an alternate platform, rather than through the traditional streaming services such as Netflix and Amazon.

"I didn't put the trailer up on Facebook," D'Souza told Just the News the week before the film's release. "If I do, it'll be banned."

Despite a release strategy bypassing major distribution channels, the film has not escaped the notice of mainstream media outlets. Publications such as The Associated Press and Politifact have fact-checked the film, prompting conservative outlets to fact-check them in turn.

Ripping "2000 Mules" as "based on faulty assumptions, anonymous accounts and improper analysis of cellphone location data," the AP fact check says the film claims, "At least 2,000 'mules' were paid to illegally collect ballots and deliver them to drop boxes in key swing states ahead of the 2020 presidential election."

The "facts," however, are that True the Vote, the election integrity watchdog group featured in the film "didn't prove this," argues AP. "The finding is based on false assumptions about the precision of cellphone tracking data and the reasons that someone might drop off multiple ballots, according to experts."

D'Souza readily acknowledged to Just the News that some questions are still to be answered, such as, "How do we know the mules were paid? Who organized this?"

Politifact, meanwhile, opined: "D'Souza's argument ignores that in many states, it is legal to drop off a ballot on behalf of another voter, which is especially helpful for voters with disabilities or the elderly."

"It's possible some people in 2020 collected and returned mail ballots in violation of their state laws," the self-styled fact-check site admitted. "But D'Souza's portrayal of the practice as leading to fraud on the scale of 400,000 illegal votes is not supported by evidence."

D'Souza explained to The Epoch Times that there's a difference between ballot harvesting  — voters giving their ballots to third parties to drop off for them — which is legal in some states, and ballot trafficking, in which someone is paid to drop off a ballot.

The Georgia Secretary of State's office has subpoenaed True the Vote for the identity of a man the nonprofit said admitted he participated in ballot harvesting and received $10 for each ballot he collected and delivered to ballot drop boxes.

Ben Shapiro, One America News Network, and RedState are among those who have responded with their own fact-checks of the fact-checkers, noting that some of their claims, particularly regarding geotracking, appear to be inaccurate.

Shapiro, for example, rebutted the AP's argument about the unreliability of cellphone tracking data, noting that "the government uses cellphone surveillance data all the time, in a variety of law enforcement contexts, in order to sort of figure out where people are." 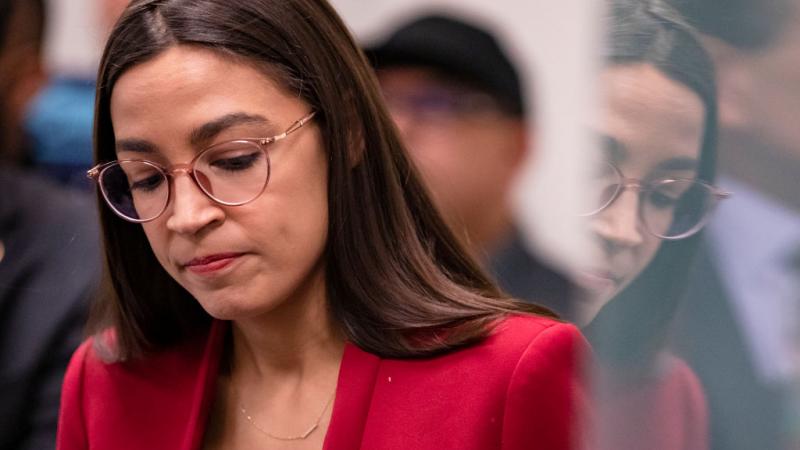