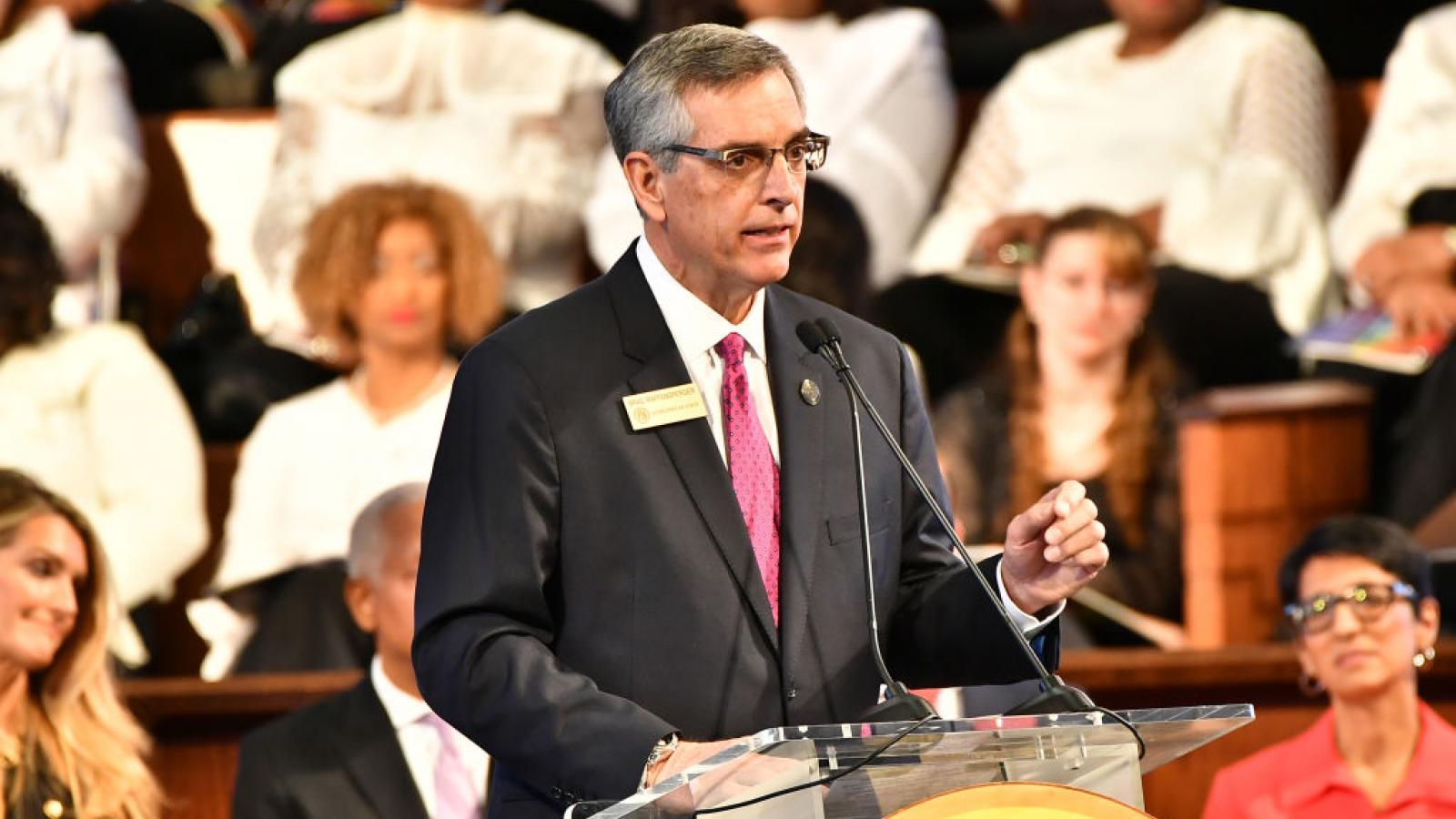 Georgia’s Election Board on Wednesday took the first step toward a potential takeover of elections in the state’s most populous county, reacting to mounting evidence of incompetence and irregularities in the Atlanta area last November.

The board's unanimous vote was made possible by provisions in the state’s sweeping new voting law passed earlier this year.

The vote authorizes a bipartisan, three-person panel to investigate Fulton County, home to Atlanta and a deeply blue base of voters.

Republicans, including Secretary of State Brad Raffensperger, had urged the board to take the action. If the investigative panels confirms irregularities, the elections board could replace the county’s board of registration and elections with it own administrator.

“I have been saying for a long time that the state needs the authority to step in when counties have consistently failed their voters. I’m pleased that the state finally has that authority and that the State Election Board has taken the first step today. I’m confident that the performance review team will do a good job, and I hope Fulton will cooperate with this process,” he told Just the News.