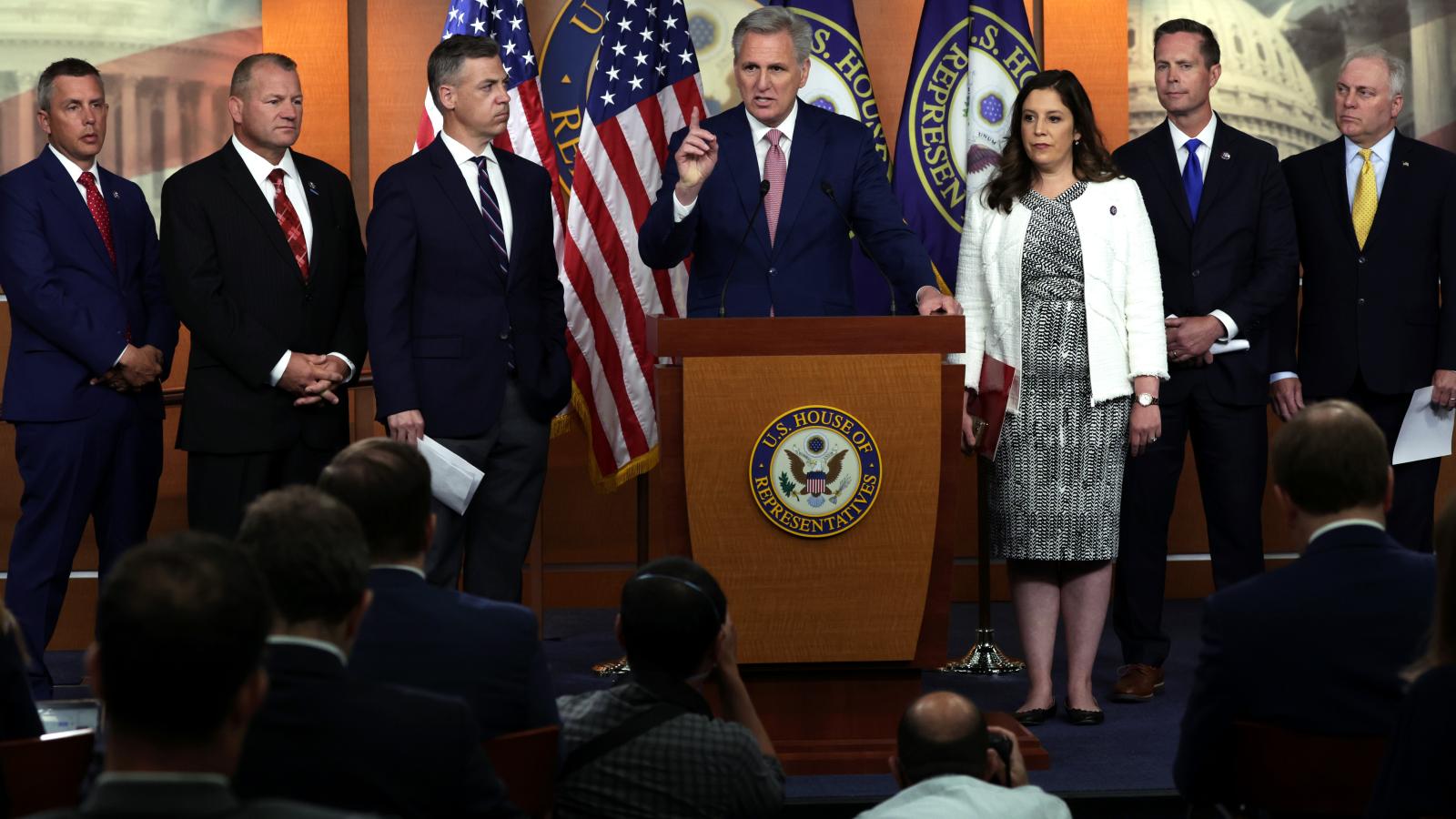 Convention of the States founder Mark Meckler says recent polling by his group shows Republicans are more enthused to vote this year compared to past years as a result of the early Biden administration underperforming and more immediately the FBI raid on former President Trump's Florida home.

Meckler, like other conservatives, argues many Americans view the FBI's Aug. 8 raid on Trump's home, in search of disputed White House documents from his administration, a political attack by the Democrats.

"Seventy-three percent of Americans believe that was a raid by Democrats on their political enemies," said Meckler, referring to a recent poll. "And they're seeing the government for what it is. The administrative state is part of the Democrat establishment, and it is intended to rein in their opposition."

Meckler also was critical of the GOP, arguing it needs stronger leadership and saying Republicans have a record of not delivering on promises to hold government accountable.

"My expectations are pretty low of the Republican Party," he said, "because if you look at the current leadership, they have a long track record, and their track record says they're not going to do anything."

He pointed to House Minority Leader Kevin McCarthy saying if the Republicans take back the lower chamber they will hold hearings on Attorney General Merrick Garland for allowing the FBI raid.

"I've been actively engaged in politics for 12 years," Meckler said. "I've seen a lot of hearings. I've seen zero results. And if we expect hearings to lead to something, I would say shame on us."

Meckler, like a lot of conservatives, also said that he would take away the power of some federal agencies and return it to the states

"In a lot of those cases, I would disband those agencies," said Meckler, repeating the long-held conservative argument, bolstered recently by the raid and Washington Democrats recently give the IRS roughly $80 billion. "I would take that power, and to the extent you can, give it back to the states where it belonged."