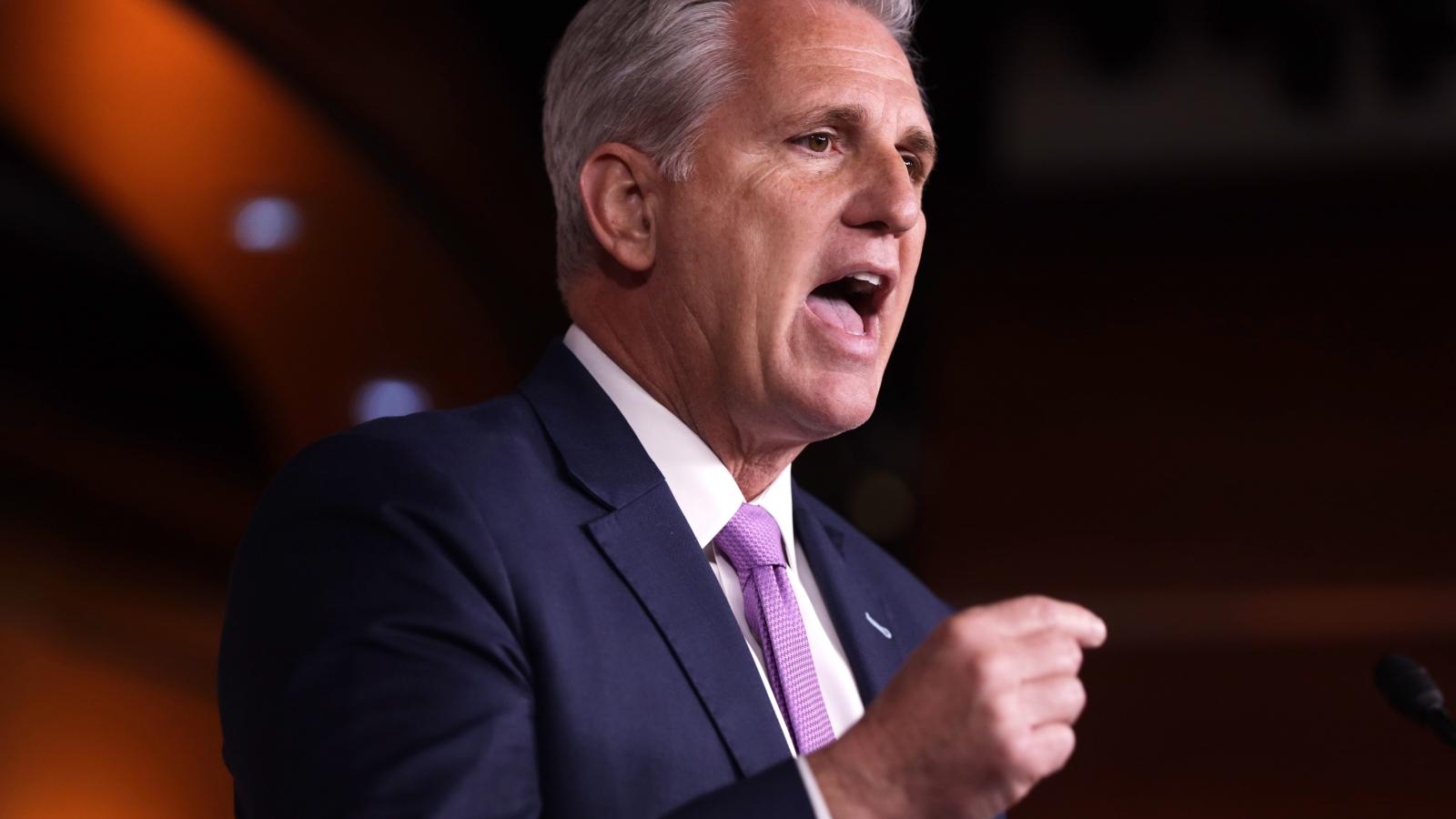 The country may have experienced a red wave after all. It just didn't translate into the electoral outcomes that have historically accompanied major political shifts — and after the initial wave of instant narratives extemporized by pundits on election night, close observers are now just beginning to dig for the reasons underlying the model-shattering disconnect.

Republicans are currently winning the national popular vote for the House in Tuesday's midterm elections by a large margin, according to the latest data from the Cook Political Report.

These figures come from Cook's 2022 National House Vote Tracker, which is being updated as states continue counting ballots.

This support for the GOP appears to fit with what pre-election polling data had suggested heading into Election Day. Several Republican candidates nationwide, including those running for the Senate and governors' mansions, had been rising in the polls in the last couple months, indicating positive momentum for Republicans.

Polling also found that the economy (particularly inflation) and crime were the top two issues for voters and that voters trusted Republicans more than Democrats to handle each issue.

President Biden's approval rating was also on average in the low 40s heading into Election Day, while other polling showed about 70%-80% of Americans thought the country was on the wrong track — both strong indicators historically that the party in control of the White House would lose a significant number of seats in the midterms.

As the vote count currently stands, neither party has secured a majority in the House or Senate, with more ballots to be tallied and more states to be decided. Republicans are leading and still likely to win control of the House, but by a much smaller margin than expected. As for the Senate, it's anyone's guess, but any majority will be razor thin.

It's unclear at this point what explains the glaring incongruity between the GOP's underwhelming performance in terms of winning seats on one hand and its significant lead in the popular vote on the other.

"The craziest thing: Republicans are winning the House popular vote by 6.4% so far but just scraping by in the race for control," tweeted Dave Wasserman of the Cook Political Report. He noted the GOP margin will narrow when votes come in from deep blue Oregon, Washington, and California, as well as from cities that take longer to count ballots.

Still, Republicans are projected to win the popular vote.

While waiting for the full results and accompanying data, some experts have been opining about why the GOP appears poised to win the popular vote despite underperforming against expectations.

"Republicans did relatively well with black and especially Hispanic voters. But it didn't translate to seats," tweeted Sean Trende, senior election analyst for RealClearPolitics. "An easy story is uncontested seats; there were about 8 more GOP uncontested than Democrats. But in some of those, they don't count any votes, so it net hurts the GOP. And there are seats where two Democrats ran against each other, so Ds double dip."

Democrats have been increasingly calling since 2016 to replace the current election system with the popular vote, particularly in presidential races that are determined by the Electoral College as mandated by the U.S. Constitution.

In past midterm elections that saw landslide victories, the party that won the most seats also won the popular vote by a significant margin.

All data on past elections came from official vote counts collected and published by the House clerk.