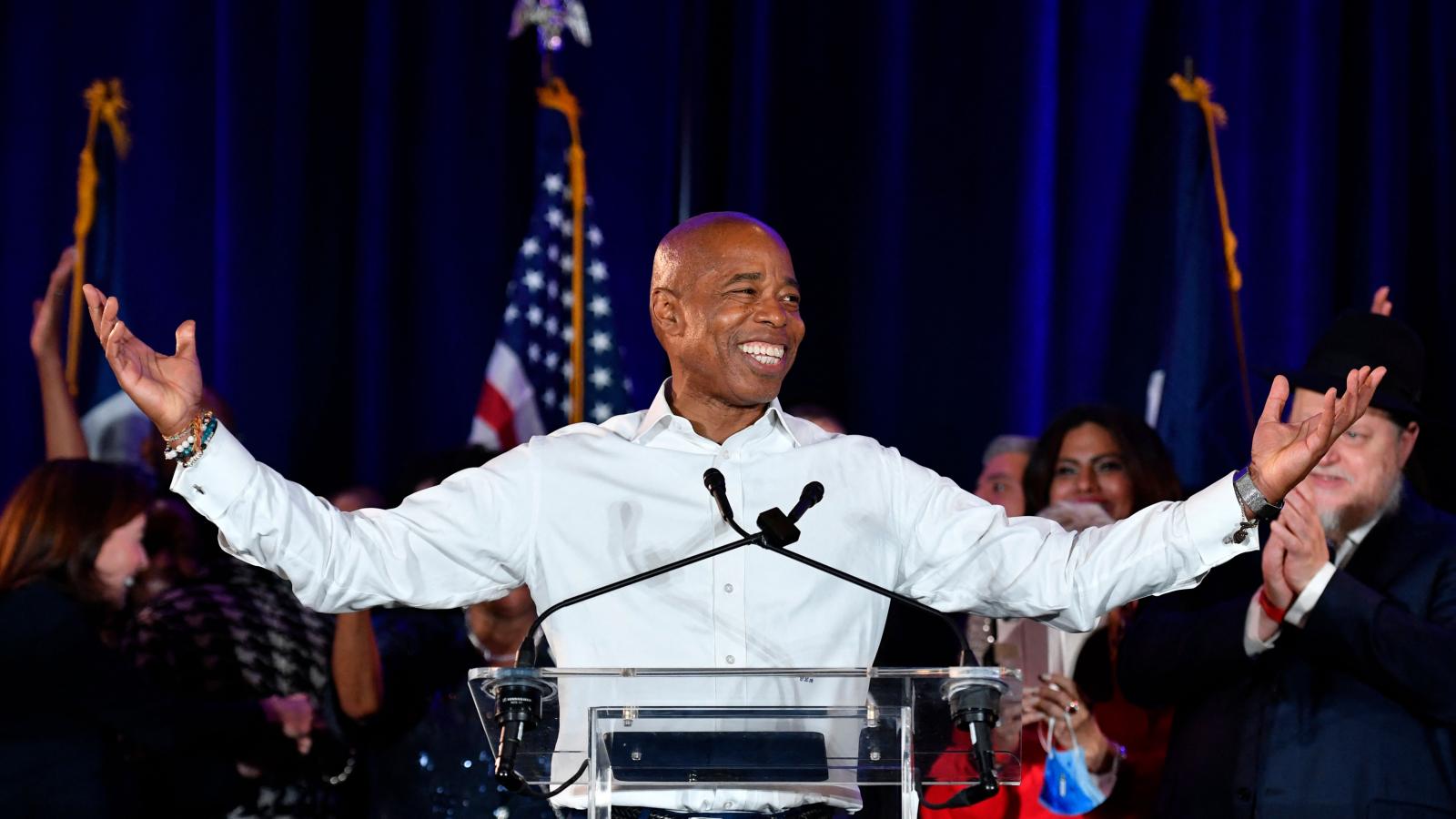 Candidates of color had a great election night on Tuesday, making history as voters across the country elected minorities to office in both local and statewide races, despite a progressive narrative claiming the U.S. is a systemically racist nation.

One of the biggest minority wins was in Virginia, where Winsome Sears prevailed in the lieutenant governor's race. Sears, a Marine veteran born in Jamaica, became the first black woman elected to statewide office in Virginia.

"I'm telling you that what you are looking at is the American dream," Sears said during her victory speech. "When I joined the Marine Corps, I was still a Jamaican. But this country had done so much for me, I was willing, willing, to die for this country."

Sears's win was hardly the only historic victory for candidates of color on Tuesday.

In New York City, voters picked Eric Adams, a former police department captain, to be the Big Apple's second ever black mayor. But that's not all: New Yorkers also voted for Alvin Bragg to be the first black district attorney of Manhattan — a position that handles tens of thousands of cases each year.

About 200 miles northeast, Michelle Wu, the daughter of Taiwanese immigrants, won the mayoral race in Boston, becoming the first woman and person of color elected to the post.

The 2021 elections proved to be historic for minorities seeking public office. But the broader context surrounding the voting made these results even more striking.

This wave of victories for candidates of color came as left-wing activists, journalists, and politicians continued to embrace the notion that America is a systemically racist country, defined by white privilege and minority oppression.

Following George Floyd's death last May, accusations of systemic racism became especially prevalent nationwide, as a growing number of Democrats and media outlets embraced the Black Lives Matter and so-called "antiracist" movements. Such rhetoric carried over to this year.

After a jury in April convicted former police officer Derek Chauvin of murdering Floyd in Minneapolis, for example, President Joe Biden said the verdict allowed the world to see "the systemic racism that is a stain on our nation's soul." Days later, progressives attacked Sen. Tim Scott online for saying America "is not a racist country," calling him an "Uncle Tom."

The same battle lines are present in the ongoing debate over critical race theory (CRT), which promotes two central ideas: that racism is entrenched in all systems of American society and that all disparities between the races indicate racial discrimination.

The fight over whether America is fundamentally racist played a major role in at least some of Tuesday night's elections. According to a Fox News survey, CRT was the single most important factor considered by 25% of Virginia voters when deciding who to support for governor. Overall, 72% of Virginia voters said CRT was an "important" factor in their vote.

Republican Glenn Youngkin, who won the Virginia gubernatorial race, promised to ban CRT, while his Democratic opponent, Terry McAuliffe, argued parents shouldn't have a say in whether schools teach CRT to their kids.

McAuliffe gave "ultimate expression" to the inverted logic underlying CRT over the weekend when he "said that there were too many white teachers now," Newt Gingrich observed Wednesday in an interview with John Solomon Reports podcast.

"How could you make a more clearly racist comment" than to claim "that there are too many teachers as defined by their racial status?" asked the former Speaker of the House. "It's sort of the opposite of Reverend Martin Luther King, Jr.'s argument that what he cared about was the content of your character, not the color of your skin."

It's unclear how proponents of CRT and the existence of white privilege will respond following Tuesday night's historic victories for minority candidates — victories that objectively undermine the argument that the U.S. is systemically racist.

Some Democrats, however, chose to employ language antithetical to that of their progressive base on election night, praising the uniqueness of America rather than calling the U.S. oppressive.