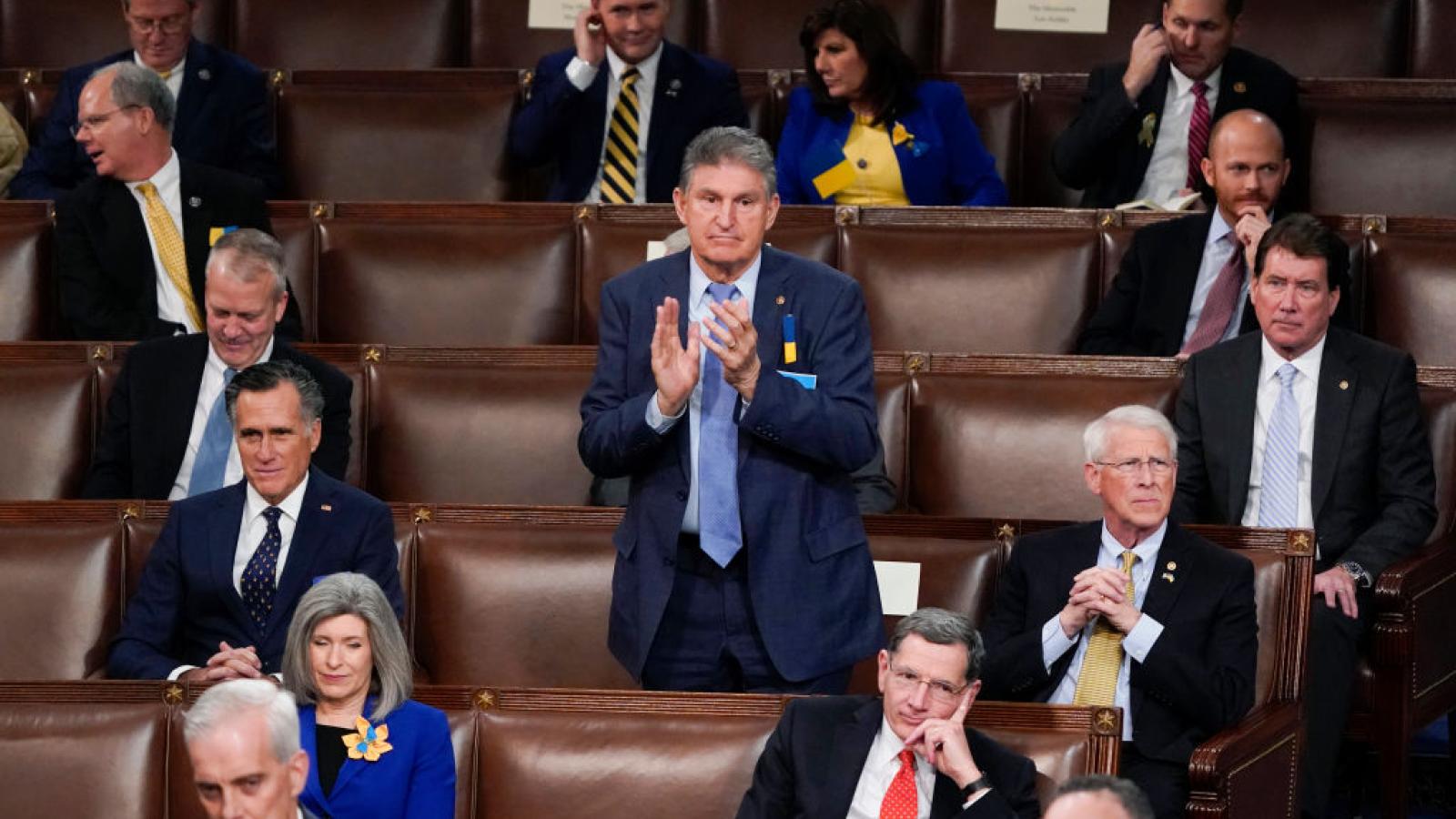 "The United States is still importing more than half a million barrels per day of crude oil and other petroleum products from Russia, with imports up over 20% in 2021 over 2020," Manchin said in a statement that directly criticized Russia's invasion of Ukraine.

"It makes no sense at all for us to rely on energy from a country that is actively engaging in acts of war against a freedom seeking democracy – Ukraine – when we are blessed with abundant energy resources right here in America.

"There is no reason why the United States should not be totally energy independent, or at the very least trading with our allies where we need to. That is the only way to ensure our energy security."

During Biden's speech on the House floor, Manchin sat among Republican senators.

Manchin, a moderate representing West Virginia, has battled the progressive wing of his party over energy and climate policy, and used his influence as a swing vote in an evenly divided Senate to block key elements of Biden's early agenda, including his signature Build Back Better legislation and a bill to federalize election rules.

But on Tuesday, he shouted out his party for what he says is clear hypocrisy in blocking U.S. gas and oil exploration while importing the same fossil fuels from Russia, the Middle East and other Latin America regimes often at odds with America.

"It is hypocritical for us ask others to do what we can do – and we can do cleaner – when it comes to producing the energy we and our allies need," he said. "It's time for the Administration to take strong action to unleash American energy, up to and including banning Russian oil imports at a time when they are attacking our allies."