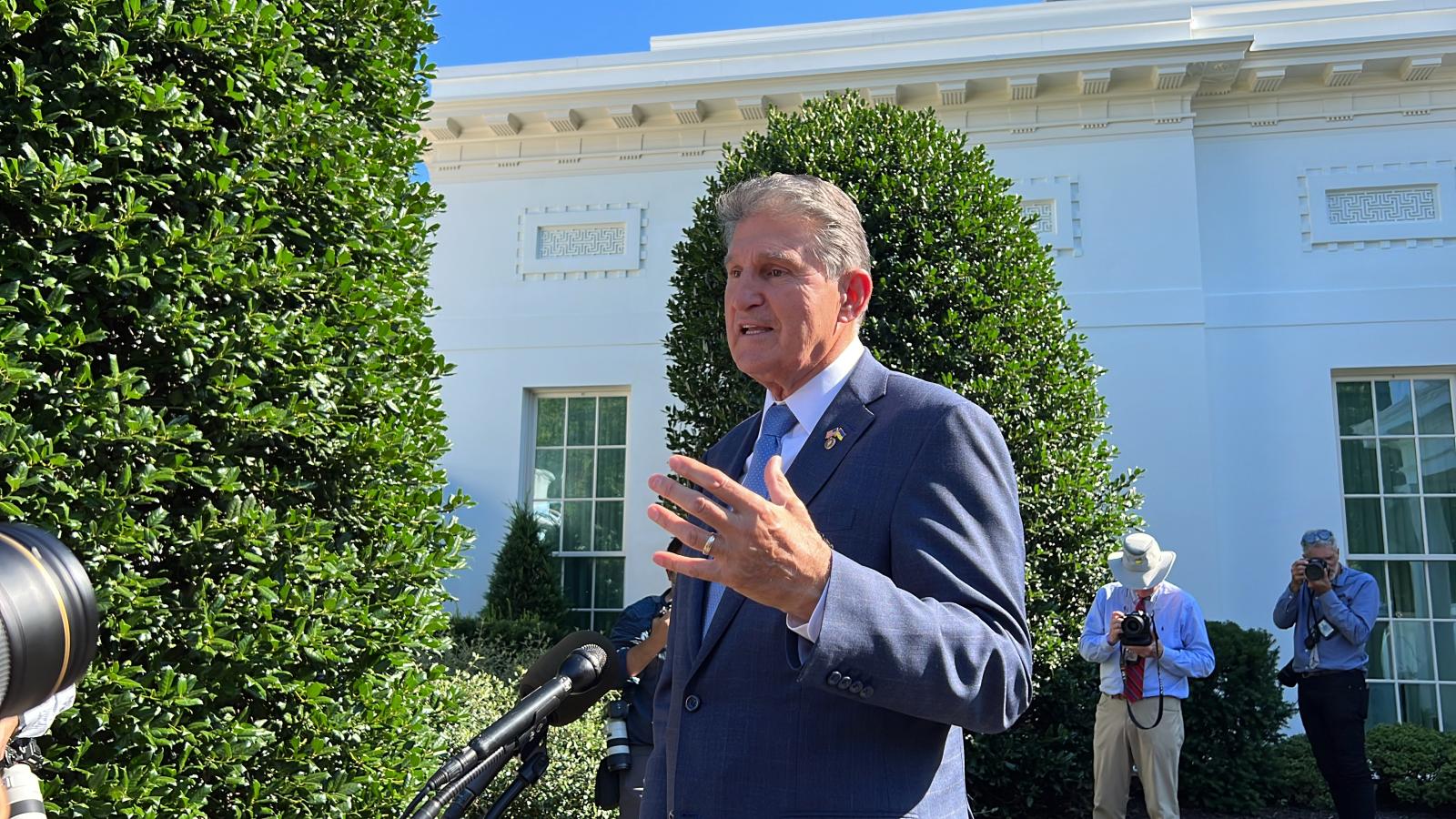 Sen. Manchin at the White House on August 16, 2022
JTN
By Joseph Weber

The NBC News poll released Tuesday shows just 11% of registered voters have positive feelings about the Democrat senator in one of the country’s most Republican-leaning states.

Roughly one-third of respondents – 34% – had negative feelings for Manchin, resulting in him having a net-negative rating of 23%.

Still, none of the politicians or institutions included in the poll has a net-positive rating.

The following list from the survey goes from least negative to most negative:

While Manchin had the lowest numbers, responses suggested he also was the least well-known in the survey. Forty percent of Democrats, 31% of Republicans and 30% of independents viewing him negatively, also according to NBC.