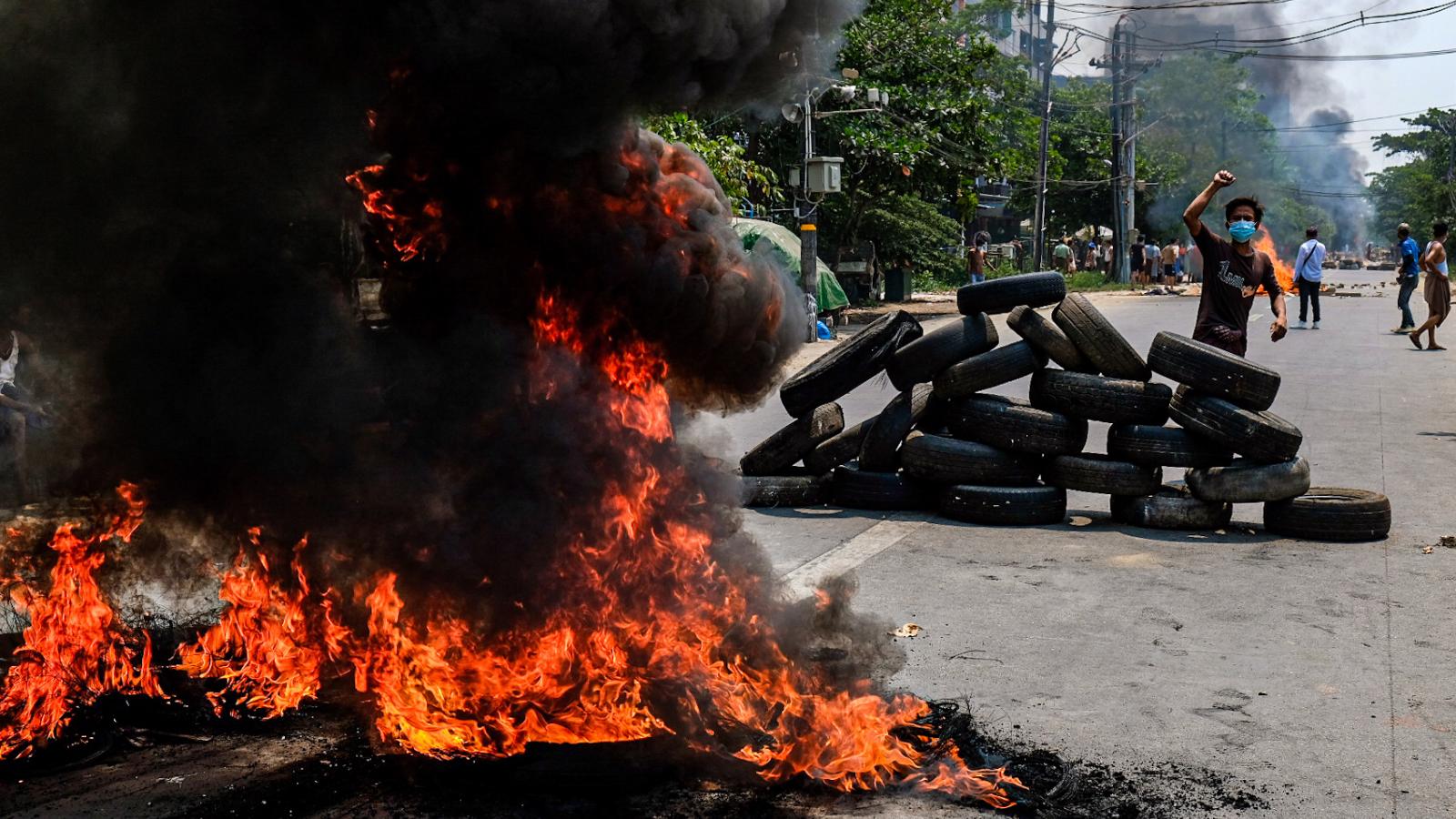 Myanmar on Saturday suffered one of its bloodiest days since a military-led coup took over the country earlier this year, with multiple media outlets reporting dozens killed.

The renewed clashes between soldiers and protesters across two dozen cities and towns came as the country celebrated its annual Armed Forces Day holiday with a parade in the country’s capital of Yangon.

The online news site Myanmar Now reported 91 had been killed Saturday, while The Associated Press quoted a researcher who put the death toll at 93.

The violence led to condemnation across the world.

“This 76th Myanmar armed forces day will stay engraved as a day of terror and dishonour,” the European Union’s delegation to Myanmar tweeted. “The killing of unarmed civilians, including children, are indefensible acts."