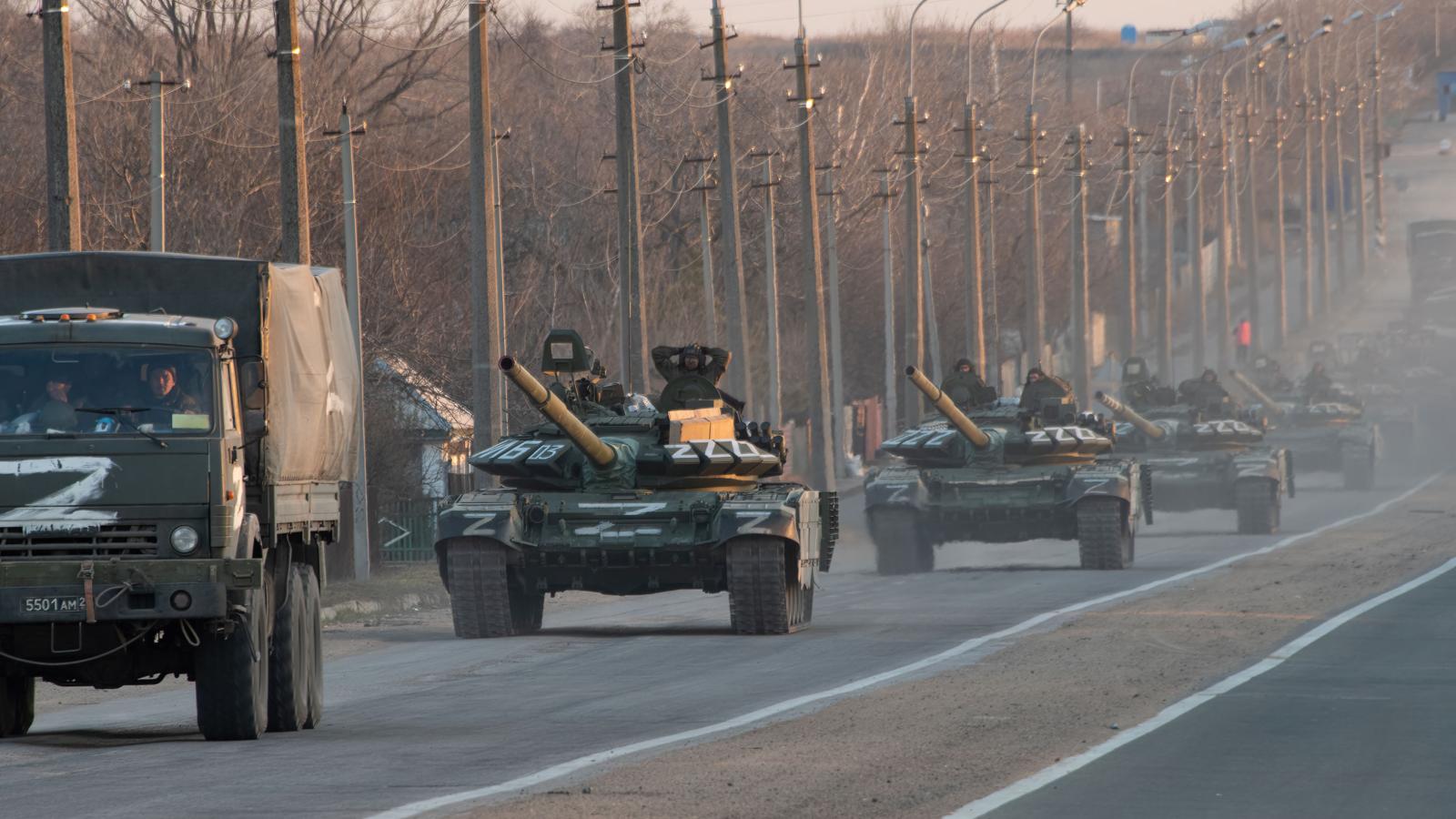 Russian forces have reportedly transferred control of the Chernobyl Nuclear Power Plant to Ukrainian personnel after seizing the facility at the start of its invasion of Ukraine.

Moscow further appears to have started withdrawing forces from some areas, including the Hostomel airport outside of Kyiv, in order to "regroup" troops on key fronts such as the Donbas, a breakaway region of southeast Ukraine.

The International Atomic Energy Agency on Thursday reported that Ukraine said Russian forces have transferred control of the Chernobyl plant back to Ukraine in writing. The authorities also told IAEA that three convoys of Russian troops were headed toward Belarus, a close ally of the Kremlin.

Russia is also reportedly moving equipment to Belarus as well.

Hostomel Airport was the site of an intense battle in late February that resulted in the Russians capturing the key site.

The UK claims the Kremlin is trying to send up to 2,000 troops from Georgia into Ukraine as reinforcements.

Russia's Defense Minister on Tuesday said the Kremlin would "reduce military activity" in portions of Ukraine to focus on "liberating" Donbas.

"We see continued shelling of cities and we see that Russia is re-positioning some of the troops, moving some of them around, most likely to reinforce their efforts in the Donbas region," Stoltenberg said.

"At the same time, Russia maintains pressure on Kyiv and other cities. So we can expect additional offensive actions, bringing even more suffering," he added.

Ukrainian officials have expressed doubts that Russia is going to order a mass removal of troops.