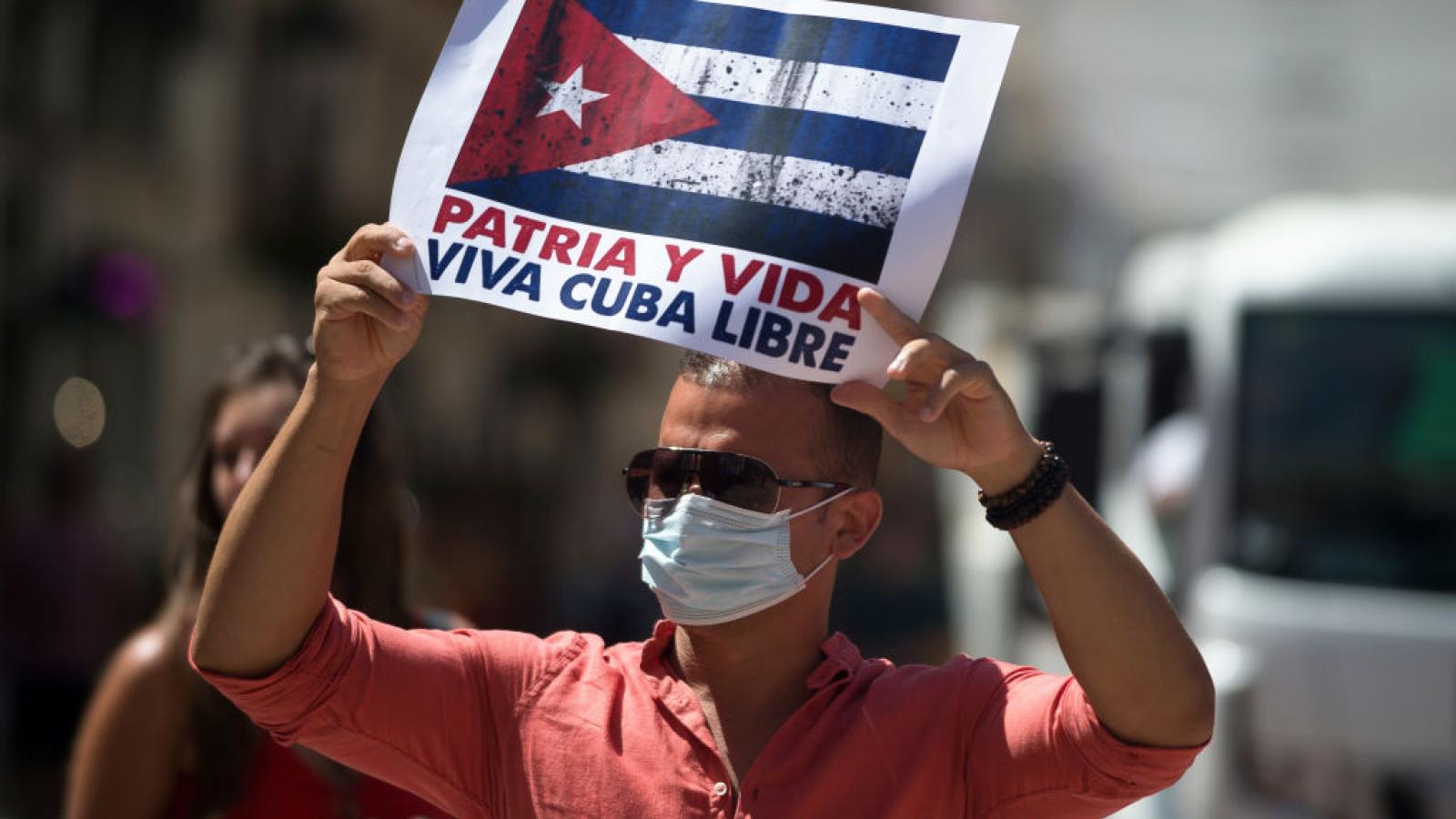 The communist Cuban regime has reportedly detained more than 100 Cubans who protested against the government on Sunday and Monday.

News of the detentions come as Spanish Foreign Minister Jose Manuel Albares demanded on Tuesday that Cuba release Camila Acosta, a Spanish journalist who was jailed while covering the anti-government protests, according to The Washington Times.

"Spain defends the right to demonstrate freely and peacefully and asks the Cuban authorities to respect it," Albares tweeted Tuesday. "We demand the immediate release of Camila Acosta."

Acosta was reporting on the situation for the Spanish newspaper ABC, which is not related to the United States news outlet. Acosta was detained Monday for "crimes against state security,” along with over 100 Cuban protesters, an exiled rights group Cubalex said, according to Reuters.

Cuban President Miguel Diaz-Canel has blamed the protests on "the Cuban-American mafia" and "influencers and YouTubers." He also said that U.S. sanctions caused shortages in food and supplies, which caused the people to protest, according to The New York Post.