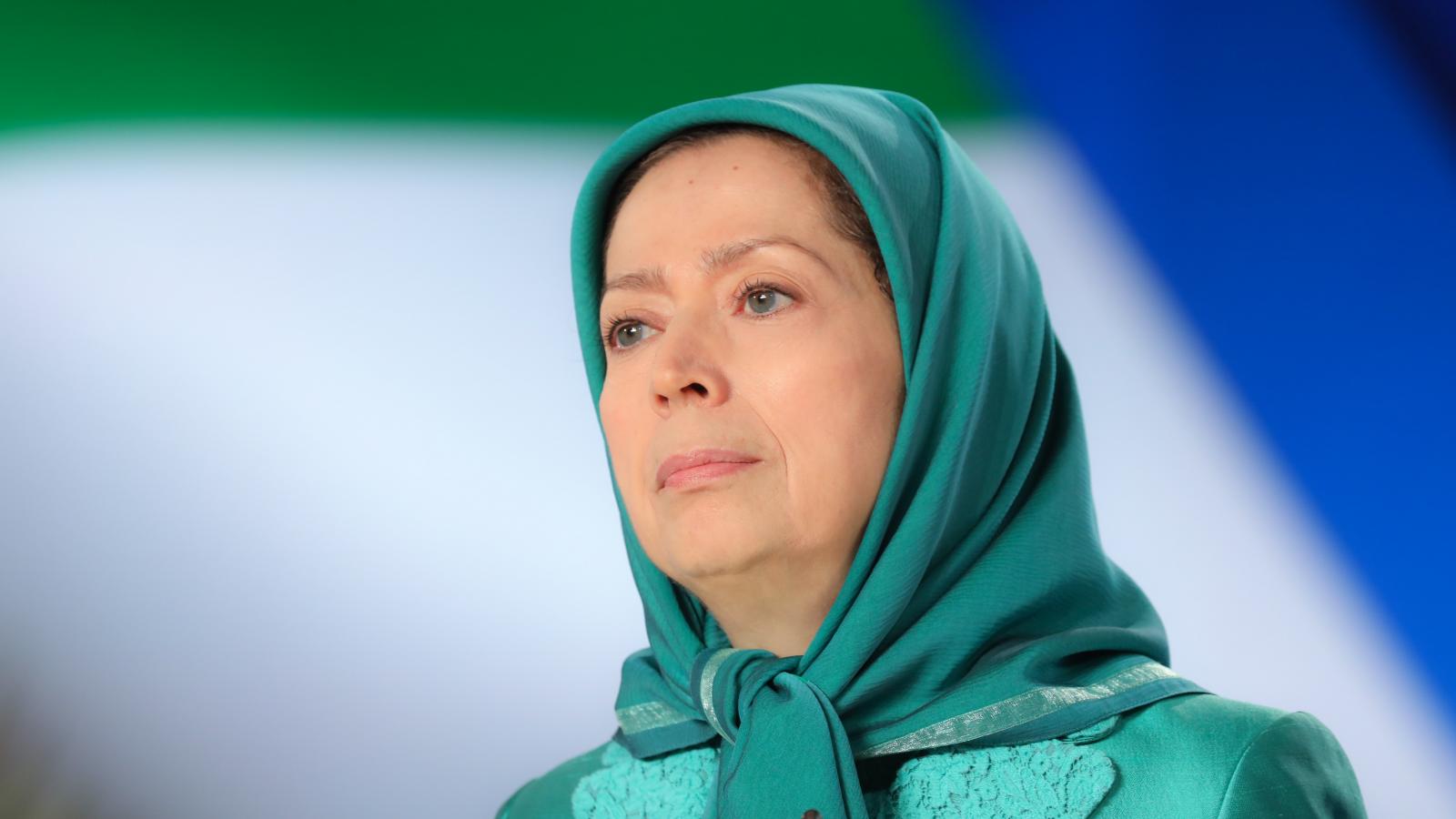 Maryam Rajavi, the president-elect of the National Council of Resistance of Iran
(Siavosh Hossein/The Media Express)
By Susan Katz Keating

An international coalition of Iranian exiles will gather this weekend for an online version of an annual summit aimed at ousting the hard-line regime in Tehran from power. The "Free Iran World Summit 2021," which includes pro-democracy activists and high profile global advocates, convenes July 10 for three days.

The summit comes amid turbulence in Iran, where citizens most recently took to the streets to protest widespread power outages during a searing heat wave. The summit takes place in the aftermath of Iran's presidential election, a contest that summit organizers decried as a "sham" and U.S. officials have said was neither free nor fair.

In the election, Iran's hard-line judiciary chief, Ebrahim Raisi, was declared winner. Raisi is closely tied to Supreme Leader Ayatollah Ali Khamenei. He also is notorious among the exile community for his role on the "Death Committee" that in 1988 slaughtered more than 30,000 political prisoners, most of whom supported the Mujahedin-e Khalq (MEK) resistance.

Raisi should face charges for his part in the massacre, said Maryam Rajavi, the president-elect of the National Council of Resistance of Iran.

"Installing a mass murderer and a criminal against humanity as the regime's president is a sign of desperation that the regime has reached the end of the line and faces overthrow," the exiled leader said in a statement. "Raisi must be brought to justice in an international tribunal."

The push for justice will feature heavily in this weekend's summit, said organizers, who aim to rally international supporters.

"The world must stand firmly against the ruling religious fascism, and in solidarity with the Iranian people and their demand for the overthrow of this regime and the establishment of a democratic republic," Rajavi said.

One European based exile, Masih Afshar, plans to attend the rally all three days, via Zoom.

"This movement will not go away," Afshar told Just the News. "It keeps building momentum. It is up to those of us who live in exile to do everything we can to make life better for the people of Iran."

Mostafa Kermanian, who also lives in Europe, said he plans to attend again this year because he supports the effort to overthrow the mullahs' regime.

"The mullahs are destroying a beautiful nation filled with beautiful people," Kermanian said. "These tyrants must go."

The rally will draw participants from 50,000 locations, organizers said. In addition to exiled Iranians, they will include 31 bipartisan members of the U.S. Congress, from both the Senate and the House, along with 12 former prime ministers and presidents.

The first summit was held in 2004, when some 3,000 exiles convened in Paris. This year's rally will convene online on Saturday, July 10 and conclude on Monday, July 12.