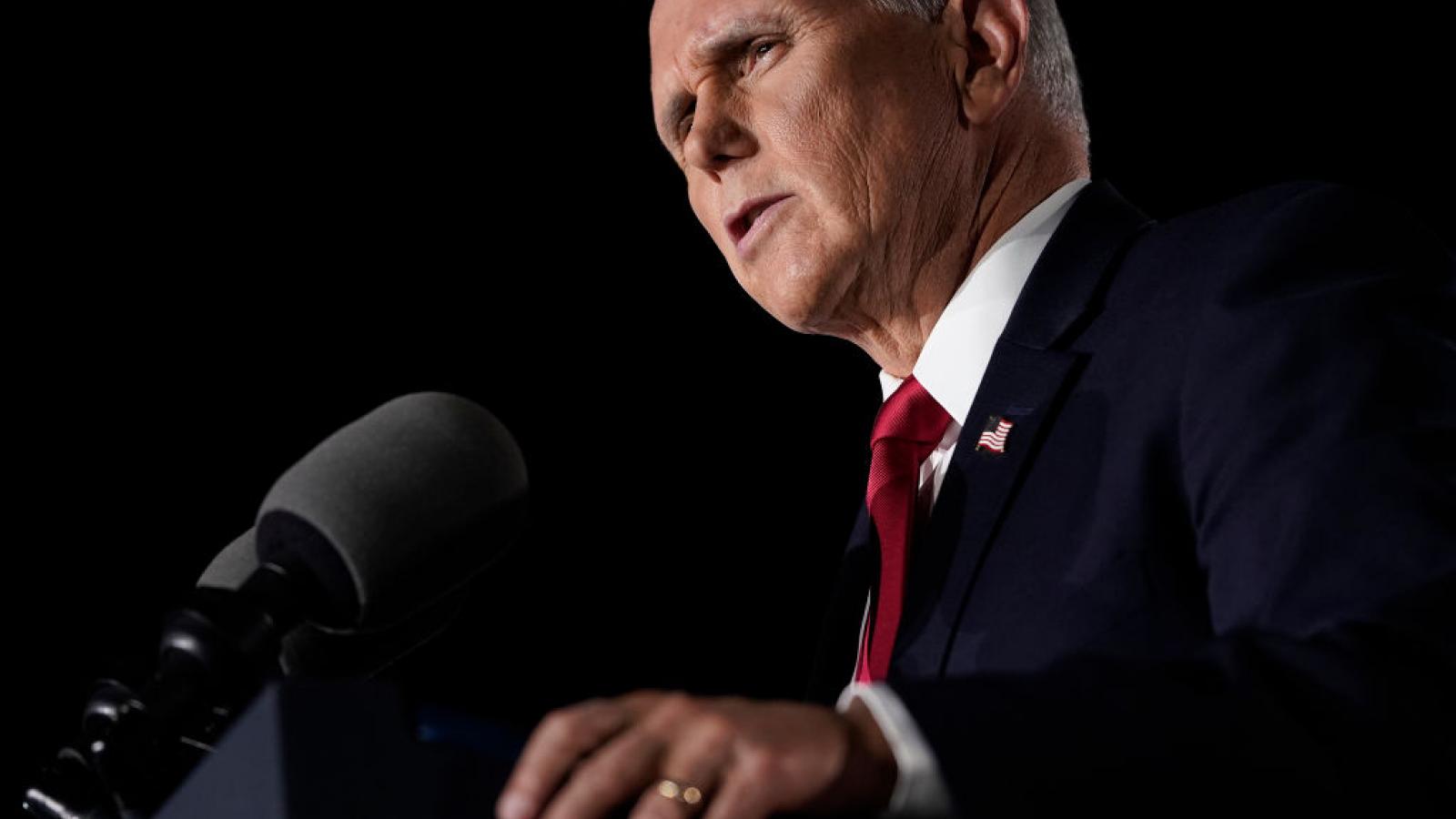 The recently installed hard-line ruler in Tehran should be unseated and put charged with overseeing the 1988 massacre of political prisoners in Iran, former Vice President Mike Pence said at a Washington, D.C. conference.

"Ebrahim Raisi must be removed from office by the people of Iran, and he must be prosecuted for crimes against humanity and genocide," Pence said.

Pence made his comments Thursday while addressing an event organized by the National Council of Resistance of Iran (NCRI), whose members want to oust the Tehran regime and its president, Raisi.

Raisi presided over a death squad that massacred 30,000 political prisoners, Pence said, noting that he believes Raisi was placed in power in August in order to intimidate Iranian dissidents.

"His selection as president is clearly intended to quash internal dissent and intimidate the people of Iran into remaining silent," Pence said. But, he added, it also "is a sign of the regime's growing desperation and vulnerability."

The Trump administration canceled the Iran nuclear deal, which gave the Tehran regime billions of dollars "that it used to repress its own people and support deadly terrorist attacks across the region," Pence said.

The meeting included a video appearance from Maryam Rajavi, the NCRI's president-elect.