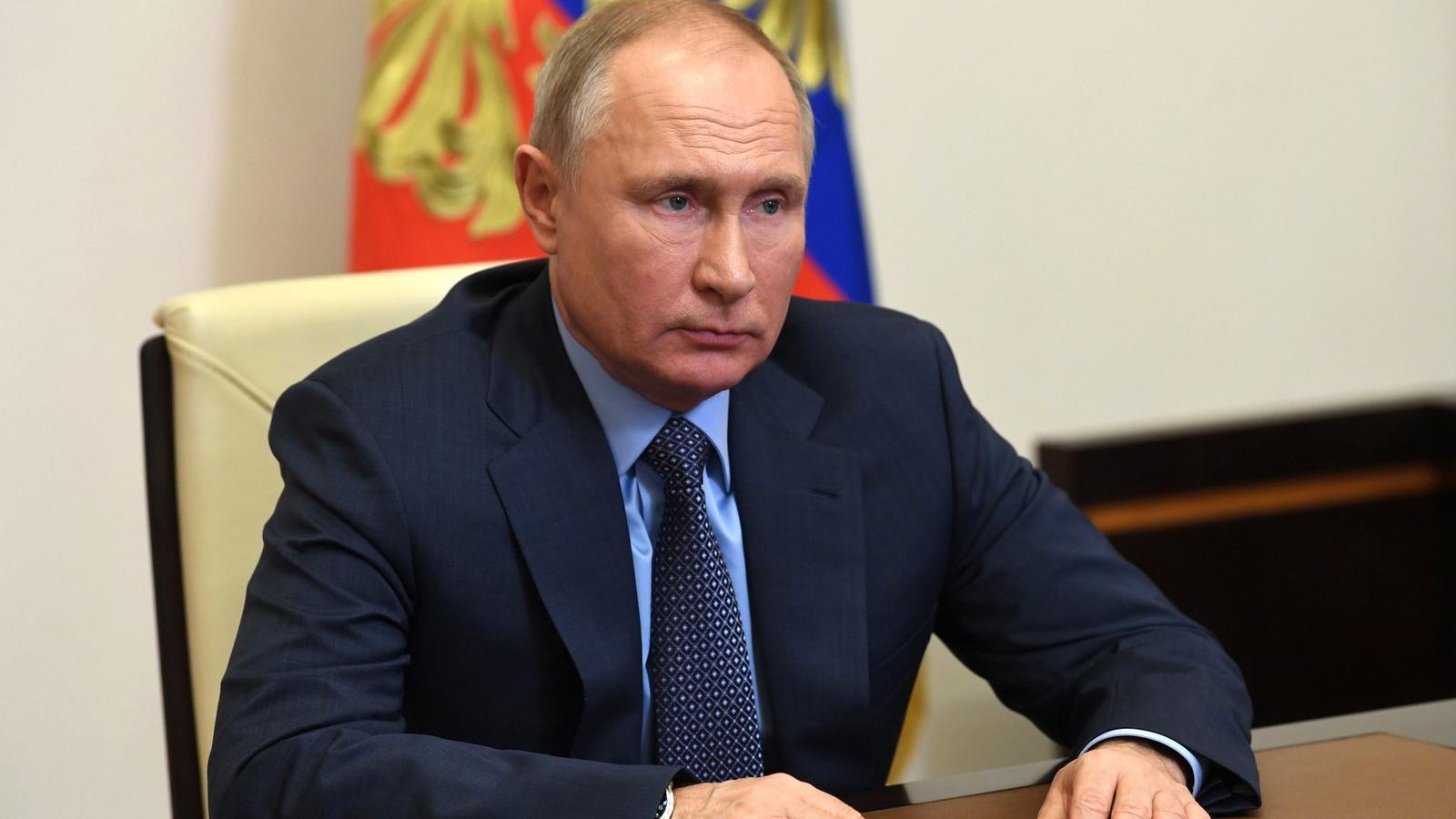 As the White House officially offers no comment on the health of Vladimir Putin, social media users and other observers are increasingly asking whether the Russian president is ill.

"I don't have any assessment to offer from here or any particular comment on the mental health of President Putin," White House Press Secretary Jen Psaki told reporters on Monday at the White House.

The comment was in response to a reporter who asked only about "health," and who prefaced the question by saying: "There’s been a fair bit of speculation about Vladimir Putin's health based on recent videos of him."

Speculation has focused on thyroid cancer and Parkinson's disease.

One April 23 video of a seemingly unwell Putin was viewed more than 1.2 million times on Twitter. In the video, Putin stands briefly before greeting Belarusian President Alexander Lukashenko. Social media users pointed out that Putin's hand shakes dramatically, and that his leg trembles and his gait is awkward.

Rumors have swirled for years in international political circles suggesting that Putin is seriously ill. And, while the Kremlin previously said Putin is healthy, American officials who have spent time with the Russian president have remarked recently that the man seems different.

"His demeanor is not the same as it was," said retired Army Lt. Gen. Keith Kellogg, who was a national security adviser to both Vice President Mike Pence and President Donald Trump.

Giving the caveat that he himself is not a medical doctor, Kellogg noted that Putin could be under considerable pressure, or could be sick.

"I don't know, but he's not the same guy that I remember seeing talking to the president, or even the vice president, or anybody else," Kellogg said. He made his remarks during an interview Monday on the John Solomon Reports Podcast.

Speculation about Putin's health skyrocketed last week, after the Kremlin published a video of Putin speaking to his defense minister, Sergei Shoigu. In the video, Putin is seen gripping a table while speaking, intermittently tapping his foot on the floor.

Social media users on Twitter called attention to the video, saying that one leg appears to have atrophied, or that Putin's face is puffy.

"The weirdest part: watch how his right leg seems to involuntarily buckle/spasm at least a few times," one Twitter user wrote of the video. "He then does his little leg tap immediately afterwards."

Additional video surfaced on Sunday, depicting Orthodox Easter services at a cathedral in Moscow. In the video, Putin bites his lip, and otherwise stands expressionless. Observers in Ukraine and elsewhere in Europe have seized on the video as further evidence that Putin is not well.

The Kremlin did not immediately respond to questions from Just the News.

Putin meanwhile presses on with the "special military operation" he launched on Feb. 24 against Ukraine. The 69-year-old Putin came to power in 1999, when former President Boris Yeltsin resigned from office.