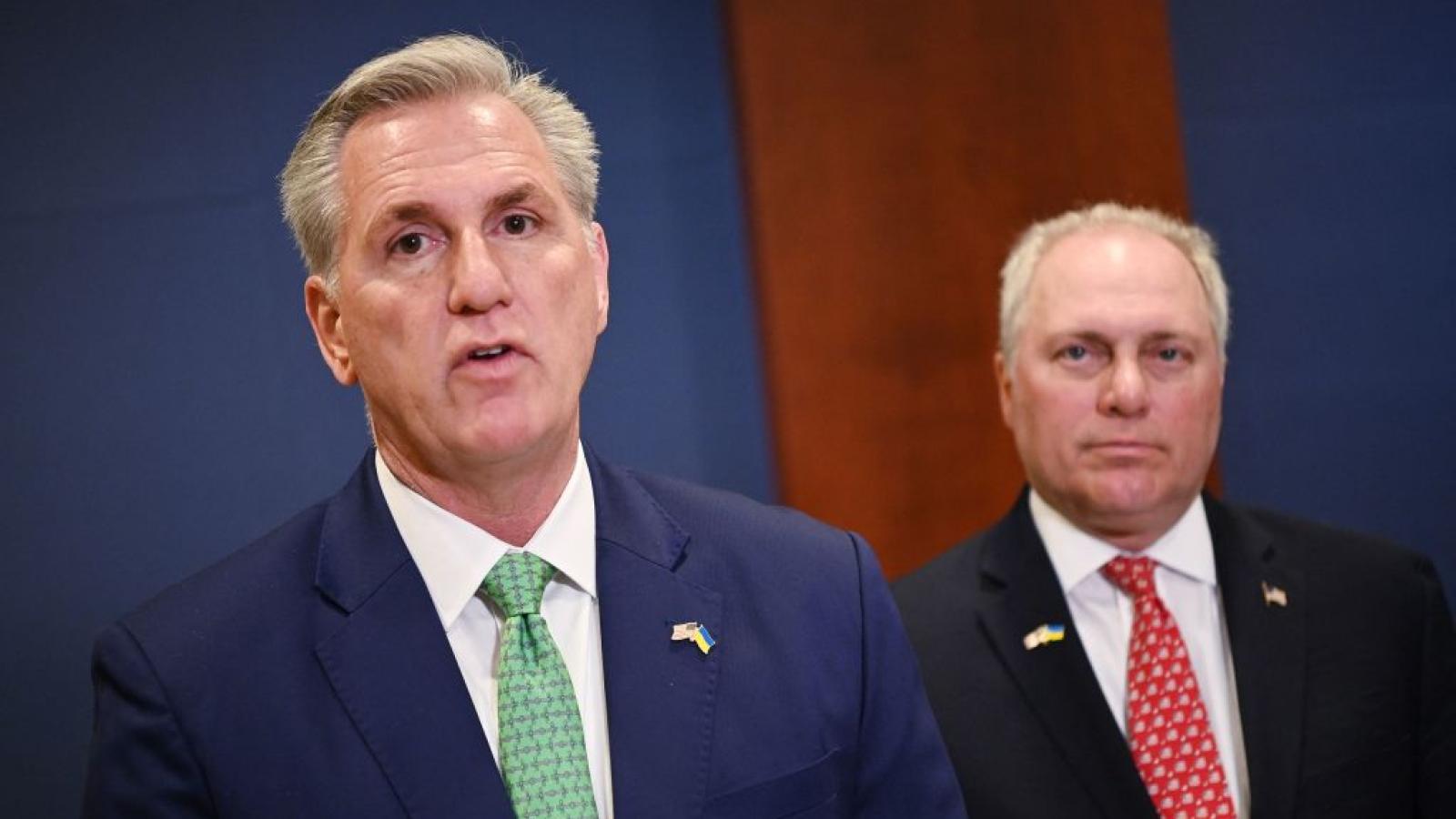 House Republican Leader Kevin McCarthy announced on Tuesday that he will lead a second congressional delegation to the U.S.-Mexico border on April 25.

"Members will spend the day touring Eagle Pass, Texas, in the Del Rio Sector and will hear directly from the U.S. Customs and Border Protection, the Texas Department of Public Safety and the Texas Army National Guard about how they are handling the border security crisis they are facing, and how they are preparing for the situation to worsen once Title 42 is eliminated," read a press release from McCarthy's office.

According to McCarthy's office, the lawmakers are scheduled to meet with community leaders "whose safety and livelihoods continue to be jeopardized due to the Democrats’ refusal to secure the border."

The GOP lawmakers in the delegation will also address the media on April 25.

President Joe Biden has faced bipartisan calls not to lift Title 42 without a concrete plan to handle the added influx of migrants expected to arrive at the southern border as a result.

The announcement of a second delegation heading to the border comes amid a report that 23 individuals on the terrorist watch list were apprehended at the southern border in 2021.