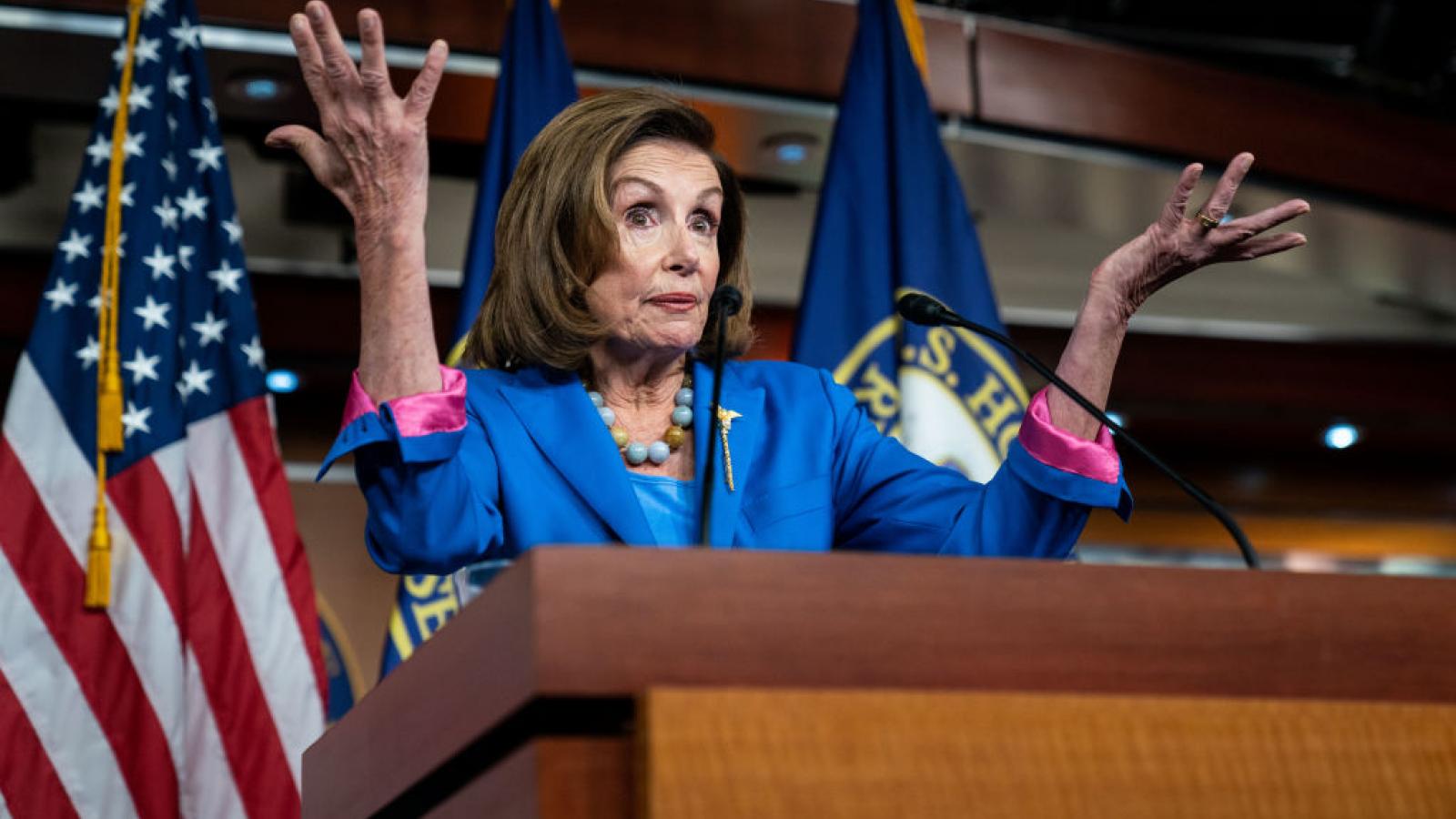 Moderate House Democrats had pushed for a vote on the bipartisan Senate infrastructure bill as opposed to waiting for the completion of the Democrats' final filibuster-proof budget reconciliation bill. To pass the framework in August for the $3.5 trillion reconciliation bill, Pelosi negotiated with moderate Democrats and had agreed to hold a vote on the Senate-passed infrastructure bill by Sept. 27.

As of Thursday morning, Pelosi was not backing down from holding a vote on that bill, but House Majority Leader Steny Hoyer said later in the day that he was not confident the bill would pass alone.

Meanwhile, on the Senate side, West Virginia Democratic Sen. Joe Manchin reiterated he would not vote for the $3.5 trillion reconciliation proposal and tartly rejected its level of spending on new public benefit programs as "fiscal insanity." Manchin indicated that he would support some of the tax reform items in the bill.

Ahead of the scheduled House vote on the infrastructure bill, many progressives had said they were ready to vote against it if a final $3.5 trillion filibuster-proof budget reconciliation bill wasn't voted on first.

House Progressive Caucus Chairwoman Pramila Jayapal said recently that progressives had enough votes to sink the infrastructure bill. This scenario played out on Thursday evening when the vote was delayed, prompting Pelosi to send out a "Dear Colleague" letter indicating that she was pressing the pause button on the infrastructure bill vote.

"It has been a day of progress in fulfilling the President's vision to Build Back Better," Pelosi wrote. "Thanks to so many members and staff, the work is being done. Discussions continue with the House, Senate and White House to reach a bicameral framework agreement to Build Back Better through a reconciliation bill. Many thanks to members of our caucus for your participation and patience over the past few days. The bipartisan infrastructure bill has already had its rule passed and its debate has concluded. All of this momentum brings us closer to shaping the reconciliation bill in a manner that will pass the House and Senate."

The Democratic caucus' influential progressive wing causing a headache for Pelosi evokes parallels to former House Speaker John Boehner having trouble uniting Tea Party Republicans and the GOP conference before crucial votes. Boehner predicted that the growing number of progressive lawmakers in the Democratic Party would become a Tea Party-like moment for the Democratic leadership.

The Democratic-led House plans to reconvene on Friday morning and resume consideration of the bipartisan Senate infrastructure bill.