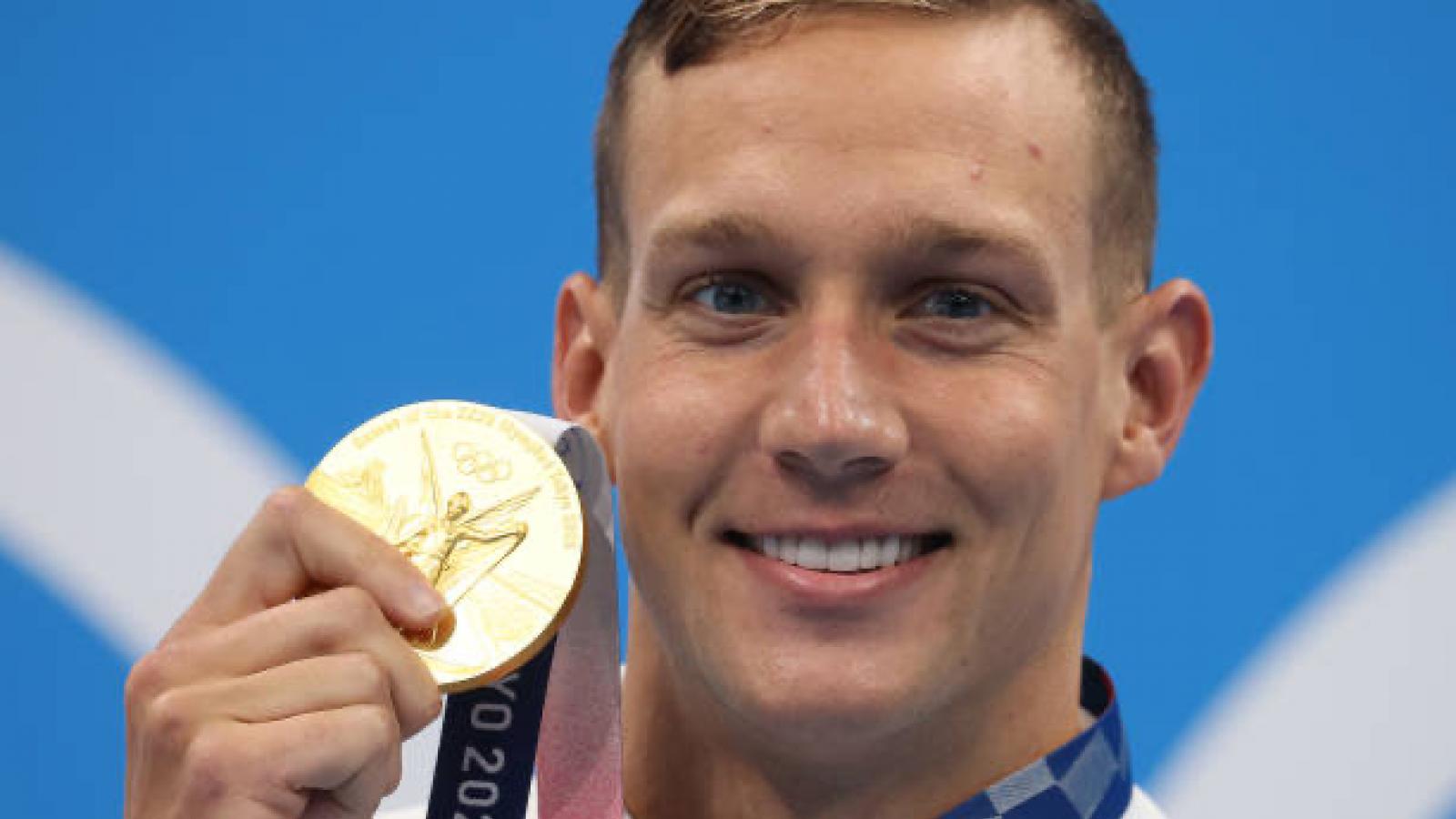 The U.S. men’s swimming team upset Great Britain on Sunday to win the 4x100 medley relay, putting the finishing touch on an extraordinary run for Americans in the Olympic pools at Tokyo.

He joins Americans Michael Phelps, Mark Spitz and Matt Biondi, as well as East Germany’s Kristin Otto, as the only swimmers to win five golds at a single Olympics. Phelps did it three times.

On the women’s side, American star Katie Ledecky bid farewell to the Tokyo Games after claiming four medals, two of them gold.