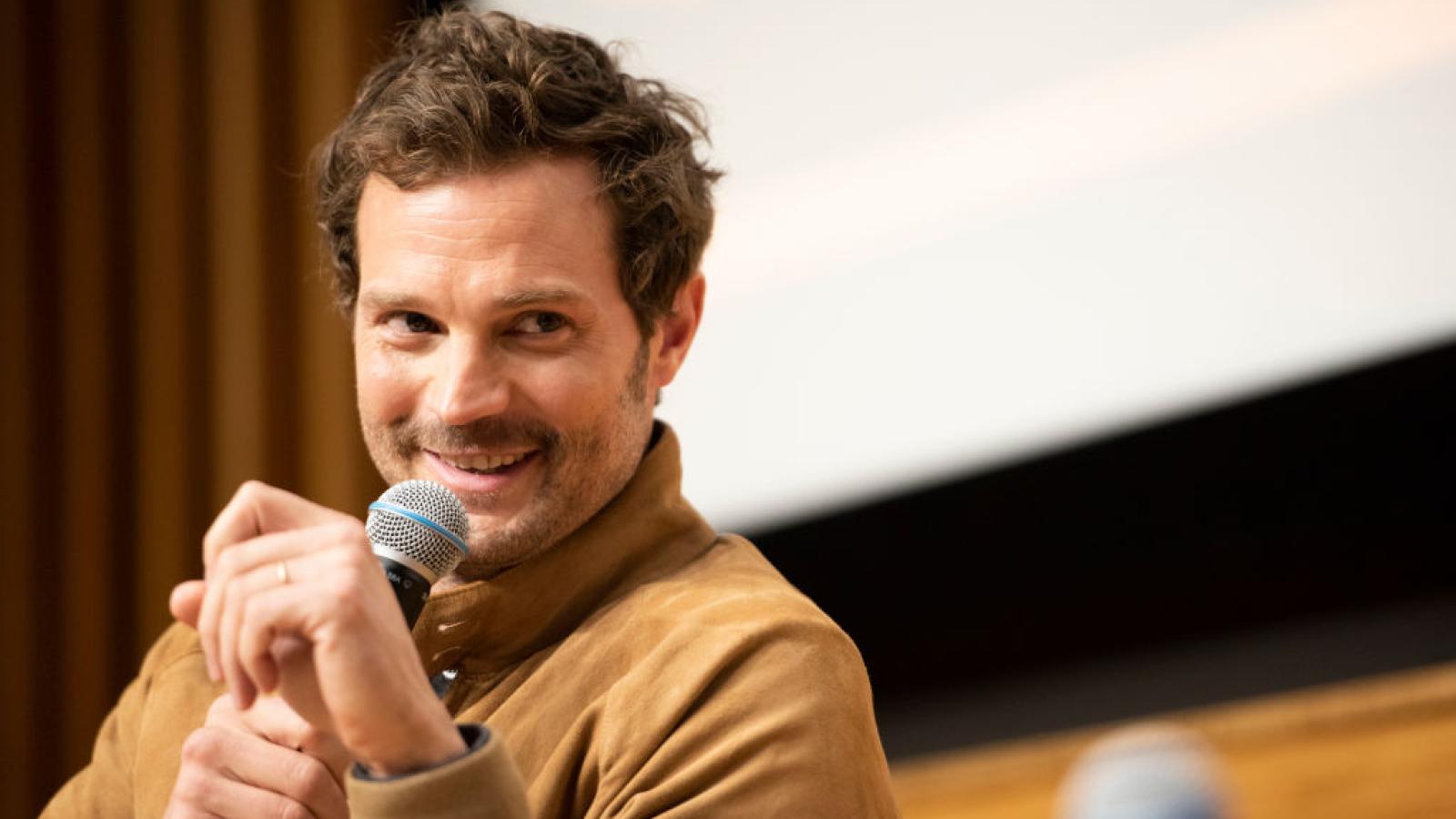 Actor Jamie Dornan during a Q&A session before a special screening of the film "Belfast" during the 44th Denver Film Festival at the Denver Botanic Gardens Sturm Family Auditorium on November 10, 2021 in Denver, Colorado.
(Photo by Thomas Cooper/Getty Ima
By Nicholas Ballasy

The COVID-19 pandemic inspired the creation of the new film "Belfast," according to actor Kenneth Branagh, writer and director of the movie, which is generating Oscar buzz.

Belfast, starring actor Jamie Dornan, hits U.S. theaters on Friday. The film tells the story of a child and his working class family's experiences during the Troubles in the late 1960s in Northern Ireland.

"I think that it [the pandemic] led to introspection, a lot of silence, you know, the planes weren't flying and the cars weren't really driving and into my brain came the sounds of Belfast and really, I found myself drawn to writing from this lockdown about another lockdown some 50 years ago, where effectively our street became a fortress where we were kind of locked in," Branagh told Just the News during an interview.

"And where the ground was literally taken away from us, from under our feet, and we were suddenly walking on sand, not on concrete and those same paving stones were used as barricades. We'd never really talked about that as a family. And I wanted to sort of, it felt, I wanted to go back and sort of understand what we were going through and so the film helps do that," he added.

"I didn't want it to just be some kind of personal therapeutic thing," Branagh said. "So the lockdown took me to that other lockdown."

Branagh was asked why he thinks the film is already generating Oscar buzz.

"It has all the things that the Irish use as coping mechanisms and survival mechanisms, so gallows humor, and music and dancing," he said. "All of those things, that sort of the celebration of those things in often very, very difficult circumstances seem to be what people are responding to."

He said that individuals from different backgrounds have told him the film resonated with their own personal life stories.