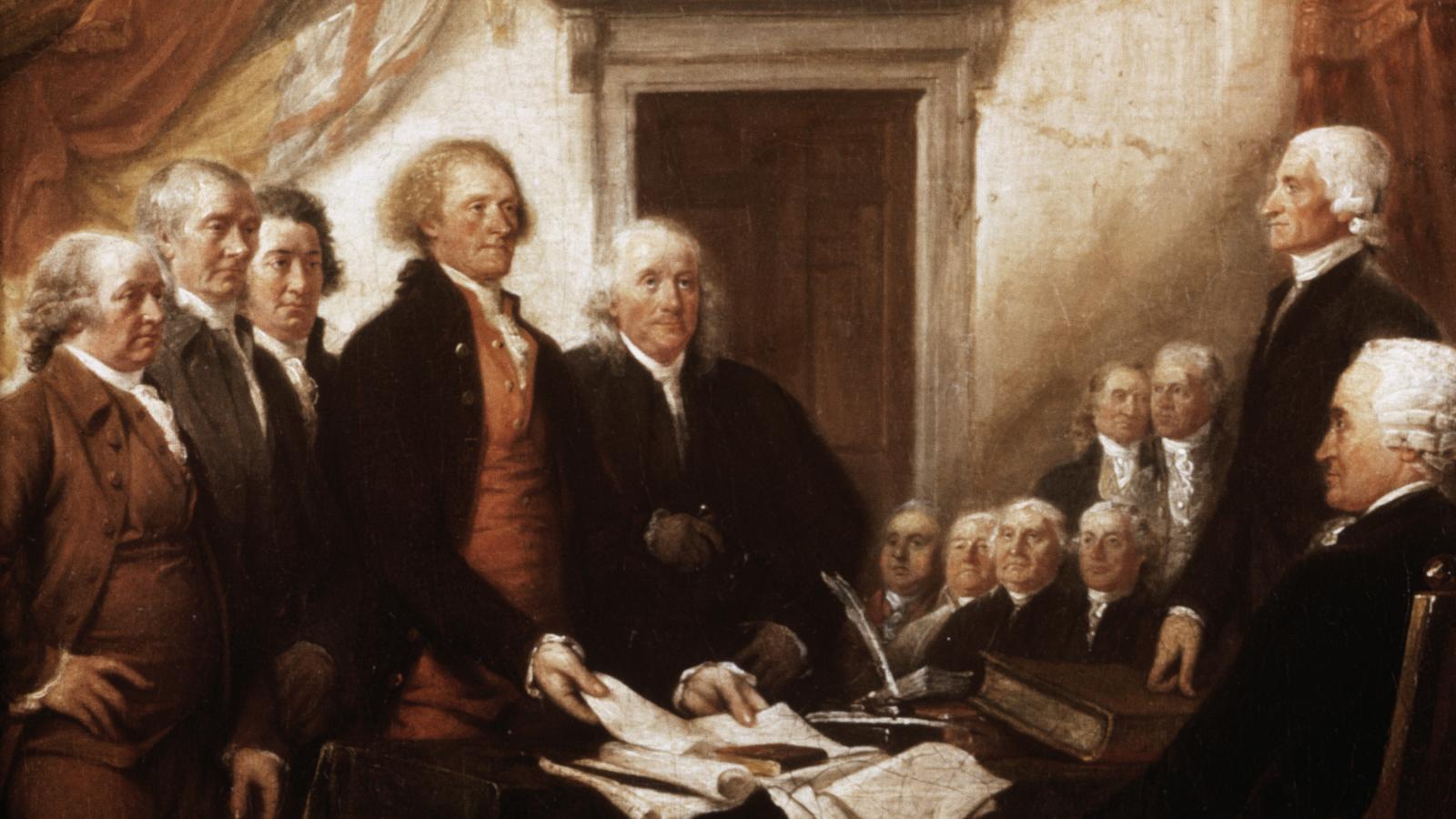 The National Archives has placed warning labels on its digital display of America's founding documents, including the U.S. Constitution and the Declaration of Independence, warning they may contain "harmful language" that could offend viewers' senses.

The labels come amidst a larger battle over political correctness inside the government's main historical preservation agency, where new documents surfaced this week showing that about 800 National Archives and Records Administration (NARA) employees from across the country attended a town hall meeting of the Archives' Task Force on Racism on May 11 and discussed deleting the "charters of freedom" descriptors for the Constitution, the Bill of Rights and the Declaration.

The argument made was that the documents did not "not result in freedoms for everyone" initially, the new memos show.

The same task force also argued back in June that the Archives' rotunda, which houses some of the country's most prized historical artifacts, was an example of "structural racism."

The new "harmful language alert" labels on the Constitution, Bill of Rights, Declaration and other documents in the Archives' digital collection include an explainer on why they could be viewed as harmful by some.

"NARA's records span the history of the United States, and it is our charge to preserve and make available these historical records," the Archives explainer stated. "As a result, some of the materials presented here may reflect outdated, biased, offensive, and possibly violent views and opinions. In addition, some of the materials may relate to violent or graphic events and are preserved for their historical significance."

Conservatives immediately pounced on the revelation, shaming it as another example of leftist, revisionist history.

"What are we becoming?" former Virginia Attorney General and Homeland Security official Ken Cuccinelli tweeted. "Now the National Archives posts a 'Harmful Language Alert' on its website when you pull up the U.S. Constitution?! Are you kidding me?"

After the new labels began to create a stir on social media, the Archives tweeted out a clarification saying it wasn't singling out any one document but instead putting the warning on its entire online collection.

"This alert is not connected to any specific records, but appears at the top of the page while you are using the online Catalog," NARA wrote.