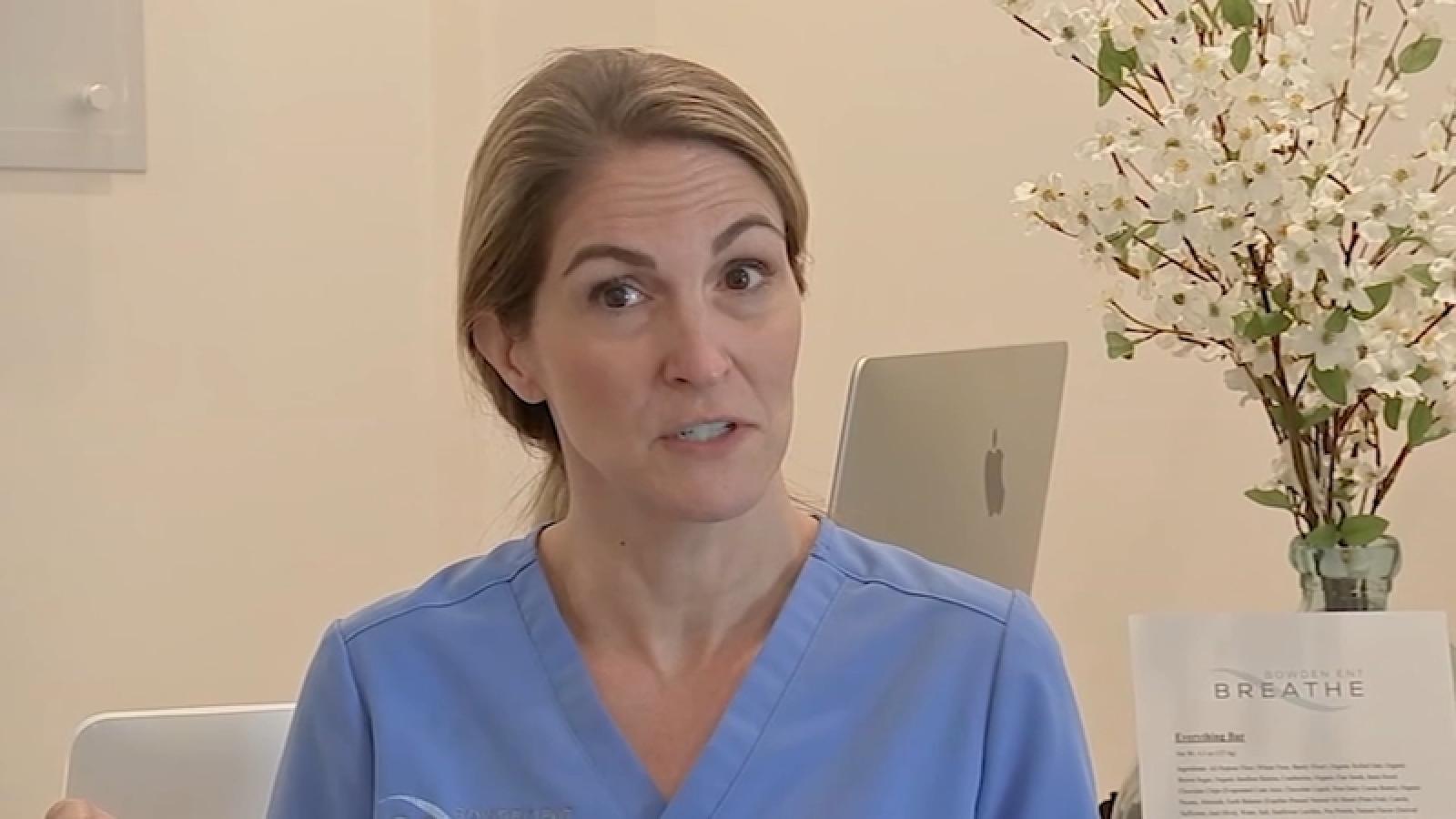 Evolving research on COVID-19 interventions calls into question whether bureaucrats, administrators and licensing boards are "following the science" by mandating vaccines and masks and threatening medical professionals for challenging pandemic orthodoxy.

The hospital suspended Bowden's admitting privileges for sharing "dangerous misinformation" on social media — namely, her opposition to COVID vaccine mandates and qualified promotion of ivermectin as treatment. It also implied she may have lied about her vaccination status.

Houston Methodist declined to tell Just the News whether it would reconsider Bowden's views in light of evolving research, much as public health authorities, media and Big Tech belatedly relented from suppressing discussion of the Wuhan lab leak theory.

A meta-analysis of global research dating back two years, published in the The Lancet earlier this month, found natural immunity from COVID recovery provides more than 10 months of "strong" protection against reinfection.

The UCLA and University of Southern California researchers said it could be longer, given that their review was "limited by the length of current reported follow-up data." Robust protection afforded by vaccine-induced immunity is estimated to last around 6 months, the threshold at which the CDC and FDA are expected to recommend boosters for all age groups.

Stanford Medical School's Jay Bhattacharya, coauthor of the Great Barrington Declaration, emphasized The Lancet previously published a competing statement that claimed there is "no evidence for lasting protection" from natural immunity.

Around the same time, the CDC acknowledged it knows of no documented COVID transmission from an unvaccinated, naturally immune person who became reinfected. It was responding to a Freedom of Information Act request from a law firm representing vaccine mandate challengers.

Meanwhile, the U.K. government's own figures suggest some COVID vaccines reduce the protection from previous infection.

In a vaccine surveillance report last month, the Health Security Agency said recent data showed "post-infection antibodies," distinct from those created by vaccination, "appear to be lower in individuals who acquire infection following 2 doses of vaccination."

A peer-reviewed study in the journal Viruses, published by the Swiss open access publisher MDPI, raises questions about potential side effects from current mRNA vaccines because they use "full-length" spike proteins.

Researchers at Swedish universities said they found the spike protein in the virus itself "significantly inhibits DNA damage repair," which is crucial for "adaptive immunity." Hence, it may be "safer and more efficacious" for COVID vaccine development to focus on using "antigenic epitopes of the spike" rather than the full-length spike.

Indiana University's Steve Templeton, an immunologist who questions the strength of evidence behind COVID interventions, told Just the News not to leap to conclusions from either the U.K. report, which was flagged by former New York Times reporter Alex Berenson, or the Swedish study.

"Timing of infection and dosing might have something to do with it. It's complicated," he continued, pointing to articles on waning but "better" antibodies and the perils of getting boosters too early, which can produce "immune exhaustion."

As for DNA damage repair from spike-based vaccines, Templeton said the Swedish research would be "much more compelling" if the researchers had evidence that "this mechanism is seen directly in response to the vaccine in vaccinated individuals."

Fourteen of 16 randomized controlled trials on masks and disease transmission did not find a "statistically significant benefit" versus control groups, wrote Jonathan Darrow, a skeptic of drug efficacy in general, and Vinay Prasad, who has warned COVID policy precedents could unleash right-wing authoritarianism.

Another 16 "quantitative meta-analyses" were split between "equivocal or critical" and supportive of the evidence for wearing masks, and the latter relied on "limited evidence primarily on the basis of the precautionary principle." They said such weakness must be "truthfully communicated to the public."

Houston Methodist tipped off a local journalist about suspending Bowden, an ear, nose and throat specialist with her own practice, before notifying her, according to a text message she shared.

Bowden responded Monday by resigning her privileges effective immediately, claiming she had never used them and calling the hospital's claims "false and defamatory."

While COVID vaccines are "an important tool," ivermectin's effectiveness is backed by "significant research and my clinical experience" and has never been tied to "serious or fatal side effects" in COVID-sized doses, she wrote to the hospital.

Bowden gained a national profile after independent journalist Emily Miller reported she had started limiting her practice to unvaccinated patients.

The doctor said she was motivated by a new ban on operating on "unvaccinated patients at a surgery center and having hospital privileges denied for trying to give Ivermectin to a dying COVID patient."

Houston Methodist provided a statement attributed to President and CEO Mark Boom, who said he was "personally offended by her behavior" and "misleading comments" that the hospital refused treatment to unvaccinated patients.

Bowden also used "vulgar and foul language while expressing her opinions," which violate its "core values" and "reflect poorly" on hospital and medical profession. She was suspended for refusing to remove these statements from social media, and resigned in the middle of her investigation, Boom said.