Comey accepts responsibility for implications of Horowitz report, 'this reflects on me entirely'

Former FBI Director James Comey acknowledged Wednesday during Senate testimony that the sloppiness put on display in the Horowitz report "reflects entirely on me," in his role as top executive at the FBI.

During an exchange between Senator Ben Sasse (R-Nebraska) and former FBI Director James Comey during Wednesday's Senate Judiciary hearing on Crossfire Hurricane, Sasse, typically an ardent defender of the FBI, called the Horowitz report "not just saddening and infuriating," but "also really embarrassing."

"I think I share your reaction Senator Sasse," said Comey. "It's embarrassing, it's sloppy. There's no indication that people were doing bad things on purpose, but that doesn't mean it's not embarrassing."

"But doesn't that point to you [as Director]," responded Sasse. "You were the leader ... isn't the Horowitz report chiefly an indictment of you personally?" asked the senator.

"This reflects on me entirely," said Comey. "I'm not looking to shirk responsibility."

"How is it possible that the FISA process is that bad?" asked Sasse. "Where were you?"

"Given that they found problems in every FISA application, what we thought was a good thing, was actually a bad thing ... responsibility was diffused instead of concentrated into individual human beings," said former Director Comey.

"When does it become obvious that the people in charge of Crossfire Hurricane had a deep-seated bias against Trump?" asked Graham following the Sases-Comey exchange. "What kind of system is it that the FBI director has no clue about the most important investigation maybe in the history of the FBI. If you want to believe that and just write this off, I think you do so at your own peril."

"Every one of the 17 material omissions was against President Trump and against the campaign. They weren't random, they were politically oriented against the president they were trying to take down," said Senator Ted Cruz (R-Texas), underscoring the points made by Graham.

This story is developing ...

Former FBI Director James Comey will testify before the Republican-led Senate Judiciary Committee on Wednesday morning as part of the ongoing Oversight of the Crossfire Hurricane Investigation.

During opening statements from the committee chair and ranking member (Senator Dianne Feinstein of California), Lindsey Graham expressed that goal of the hearing today "is to understand how our system got off the rails," referring to the FISA court warrants that were obtained by the FBI to spy on Trump campaign aide Carter Page.

Graham warned that the FISA court abuses were "not just an abuse of power against Mr. Page and the Trump campaign. This is a system failure, and you could be next."

"This committee is trying to save the FISA system," continued Graham.

Senator Feinstein emphasized the need to continue holding Russia responsible for attempting to meddle in the 2016 election, and again during this election cycle.

In the vein of his former colleagues who have already testified before the committee, Comey's Wednesday morning responses were speckled with responses including "I don't recall," and "I don't agree with your characterization ..."

About 90 minutes into the hearing, chairman Graham was beginning to lose his patience with Comey's persistently evasive rhetoric, lamenting, "Everybody's responsible, but nobody is responsible. Somebody needs to be responsible for misleading the court."

Graham expressed a similar sentiment during Sally Yates' testimony, which took place over the summer. Former FBI officials have by and large admitted that misdeeds took place during the bureau's FISA application process when it came to Carter Page and certain elements of the Russia investigation, but every official to date has denied significant or specific knowledge of what went wrong and who was doing wrong.

"What astounds me the most is that the Director of the FBI, in charge of this investigation and involving a sitting president, is completely clueless about any of the information obtained by his agency," said Graham.

"As a party you seem to be only worried about Trump and Russia, and when there's evidence coming out of every corner of the world that the Russians played the FBI through a DNC operative, that's just of no consequence ... if you were in charge, we wouldn't know any of this," Graham said to his Democratic colleague Amy Klobuchar (D-Minnesota).

Republicans, led by committee chairman Lindsey Graham (R-S.C.) will present Comey with questions ranging from his decision to open the Russia investigation in late 2016, to memos he leaked featuring accounts of his conversations with President Trump, following his firing in May of 2017.

Recently declassified FBI documents have provided Republican senators with a slew of new material with which to question Comey. Last week an FBI interview with agent William Barnett revealed that, from his perspective, there was never any evidence to pursue an investigation into former national security adviser Michael Flynn's ties to Russia. Rather, his superiors at the bureau were on a mission to "get Trump," which prompted the case to remain open long past its natural end point.

Democratic committee members may also have questions for Comey related to his and the FBI's actions surrounding the investigation into Hillary Clinton's emails during the 2016 election cycle. Some Democrats, including Clinton, have argued that the bureau's investigation, was a factor in her defeat by Trump. 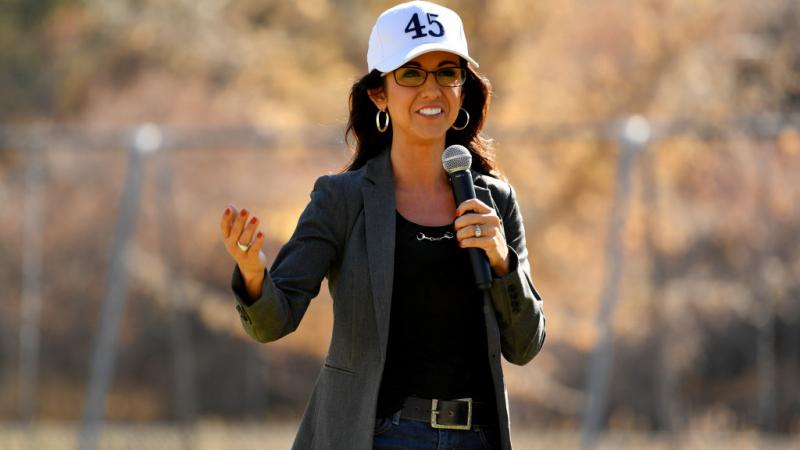