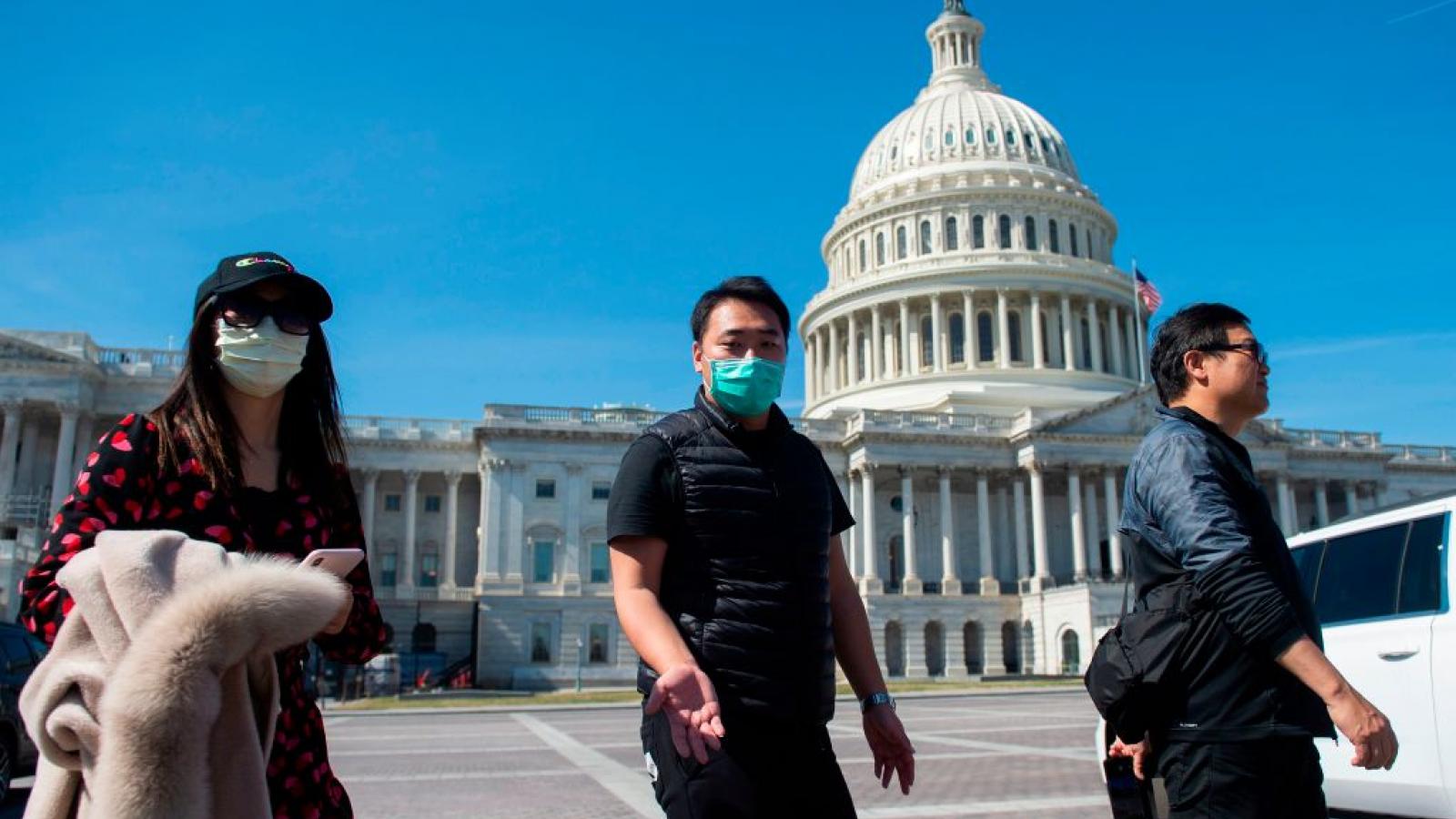 A tour group outside of the U.S. Capitol in Washington, D.C.
(ANDREW CABALLERO-REYNOLDS/AFP via Getty Images)
By Sophie Mann
Updated: March 9, 2020 - 3:30pm

The eco-system of Congress – 435 House members, 100 senators and hundreds of support staffers all working in close quarters – is preparing for a scenario in which Capitol Hill is shuttered to avoid spreading the coronavirus.

The House on Monday opened a logistics center in advance of hundreds of laptops, cellphones and other digital devices possibly being used if the roughly 12-building complex is closed to prevent the spread of the deadly virus.

“We’re doing everything to have the resources everybody needs,” a House Administration Committee spokeswoman told Just the News on Monday.

The opening also follows two members of Congress – Arizona Rep. Paul Gosar and Texas Sen. Ted Cruz – each saying Sunday that they have self-quarantined after coming into contact at the recent Conservative Political Action Conference with somebody who tested positive for the virus.

Senators and House members will be on Capitol Hill this week for voting and other legislative responsibilities but are on mid-session break next week.

The House office opening was also followed by a letter last week from the chamber's administrative committee, and obtained by Fox News, to members and their staffers preparing them for the possibility of working off site “in light of the unique and unusual circumstances presented by the coronavirus” and to help them access data and resources.

The letter also stated some unused funds might be available to acquire additional telework equipment.

As of Monday, the U.S. has 539 reported cases of the virus and 22 related deaths.

Manchin said of his increased call for bipartisanship: Capitol riot 'changed me'