House Minority Leader Kevin McCarthy is asking the Supreme Court to overturn the proxy voting rules implemented by the House of Representatives more than a year ago.

Both Republicans and Democrats have taken advantage of the system, but it is Speaker Nancy Pelosi who continues to extend the proxy voting system, making it easier for lawmakers not to show up to work.

"Although the Constitution allows Congress to write its own rules, those rules cannot violate the Constitution itself, including the requirement to actually assemble in person. Since its adoption 14 months ago, proxy voting has shattered 231 years of legislative precedent and shielded the majority from substantive policy debates and questions, effectively silencing the voices of millions of Americans," McCarthy, a California Republican, said in a letter to the high court's justices.

The current system allows members of Congress to cast votes remotely via a colleague who did show up in person. At first, the system ensured that lawmakers wouldn't have to risk their health in order to vote in person on emergency Covid-19 and other legislation. But now, it has allowed members to engage with other responsibilities, including ones in their home district (read: campaigning).

In August, Pelosi extended the proxy voting system through at least October 1.

With the House set to return to Washington, D.C. from its August recess next week, McCarthy is calling upon the Supreme Court to respond to his request. It is unclear that they were given that, in July, the D.C. Court of Appeals ruled that courts do not have Constitutional jurisdiction to weigh in on Congressional rules. 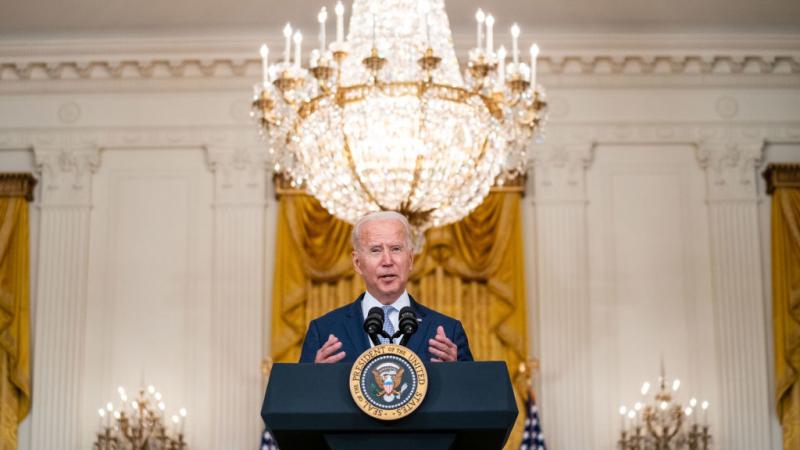