McConnell: Schumer's comments toward justices were a 'threat'

The Kentucky Republican, in his floor remarks, called out Schumer for saying Wednesday that Associate Justices Neil Gorsuch and Brett Kavanaugh “will pay the price,” presumably for their opinions in the case.

McConnell began by reading into the record what Schumer shouted to a crowd of protestors in front of the Supreme Court: “I want to tell you Gorsuch, I want to tell you Kavanaugh, you release the whirlwind and you will pay the price. You won’t know what hit you if you go forward with these awful decisions.”

The chamber's top Republican then said: “There is nothing to call this besides a threat. And there is absolutely no question to whom this was directed.”

McConnell also said that he was looking forward to what should have been “a proud day for the Senate,” which is expected Thursday to pass a roughly $8 billion coronavirus package -- but now “the nation’s eyes are on this body for an entirely different reason.”

Schumer followed McConnell to the floor and acknowledged using the wrong words.

"Now I should not have used the words I used," he said. "They didn't come out the way I intended to."

Schumer spoke Wednesday as the high court was hearing oral arguments in a case concerning a Louisiana law that requires doctors to have admitting privileges in some hospitals.

Gorsuch and Kavanaugh were appointed to the high court by President Trump.

"Statements of this sort from the highest levels of government are not only inappropriate, they are dangerous," Roberts said in a written statement. "All members of the Court will continue to do their job, without fear or favor, from whatever quarter."

Schumer’s office has said the senator’s comments were meant to address Republican lawmakers.

McConnell on Thursday rejected that explanation.

“He very clearly was not addressing Republican lawmakers or anyone else. He literally directed the statement to the justices by name,” McConnell said.

McConnell also reprimanded his Democratic colleagues for responding to political disappointments by claiming the country’s institutions are broken. 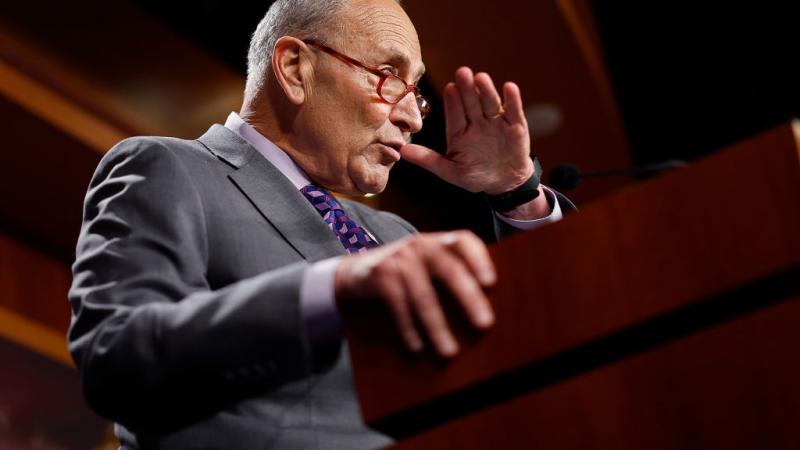