The freshman North Carolina Republican believes that congressional Democrats "are disgraced" by Waters' comments, "but they will never say that out loud."

President Trump's second impeachment was based on the claim that his rhetoric regarding the 2020 election incited the Jan. 6 riot on the Capitol.

"Oh, my gosh, the double standard in Washington is so evident and so — just obscene, because really, if there was not a double standard, then I don't think the Democrats would have anything," Cawthorn said on the John Solomon Reports podcast on Tuesday.

"What happened with Maxine Waters is … she called for protesters — and now, these protesters had just burned down an Apple store in Portland, and set fire to a police department — to become more active and become more belligerent. And then unsurprisingly, hours later, two National Guardsmen were injured by a drive-by shooting.

"There's so many calls for Maxine Waters to resign, to be stripped of her committee. But you know, right now we're trying to censure her, which would then take away her committee chairmanship, so that way she could not continue to spread her influence on our country."

House Minority Leader Kevin McCarthy had put forward a resolution to censure Waters, but late Tuesday, the House voted 216-210 along party lines to table the resolution.

"I think that a lot of them are disgraced by the words that she said, but they will never say that out loud," Cawthorn surmised about the Democrats reaction to Waters' words.

"Nancy Pelosi, she's probably the most powerful speaker we have ever had because she keeps her troops in lockstep order, nonstop," he said. "There was absolutely no breaking from the Democratic Party. And it's very sad, because that doesn't represent our country like it’s supposed to. We're supposed to be a representative democracy.

"We represent 730,000 people in our district, not representing the Speaker of the House. But you know, I will tell you that the Republicans of old don't exist anymore because this new Republican Party that I think myself and a lot of new members represent, we're done taking it on the chin, you know, from immigration to this kind of double standard hypocrisy with Maxine Waters.

"We've let the left run roughshod over us for the past two decades, but not anymore. We're going to hold her accountable. We're going to make sure that the vote is taken so that these Democrats in tough districts, even leaning-Republican districts, will have to go and defend Maxine Waters' words."

Cawthorn explained his solutions to solving the border crisis, including making the border wall a national monument so that "Democrats can never tear it down."

"We are trying to take action to secure the border," he said. "First step to do that is, one, to make sure that the money that's been appropriated to secure our border, give more money to border security agents, and to help fund the Trump wall continue to go there, they can't be reappropriated by Democrats who are in power now.

"But also, we've now introduced something — my staff and I have created something called the 'Donument Act,' you know, think 'Donald' plus 'monument.' And this would make the existing border wall, that's on our southern border now, into a national monument. So that would mean that the Democrats can never tear it down, no matter how politicized the event gets, because that's just — it's just illegal, then.

"But you know, raising the number of refugees and illegal immigrants, the cap that we allow into our country, the number should be zero ... We shouldn't be letting anybody into our country until we get the 500,000 unemployed veterans and homeless veterans, get them a good-paying job, make sure we've taken care of America first, then we can deal with the rest of the world."

Cawthorn said that he is attempting to prevent the federal government from mandating COVID-19 vaccine passports.

"Well, right now we're trying to cosponsor a bill that would block the federal government from mandating a COVID-19 vaccine passport, Cawthorn said. "Now, this is obviously — if we start to set up the infrastructure needed — the programs, the software, the artificial intelligence needed — to actually make sure that we have a blockchain, usable vaccine passport. Let me tell you that it's going to lead us down a road that is very, very bad.

"You know, vaccine passports, they're just not consistent with the American way of life — saying that we can look into your private life and determine what you've done and that's going to determine if you can buy or sell here.

"The whole reason our Founding Fathers fought to form a new nation was to escape government overreach. Now, liberals are toying with the idea of mandating a vaccine passport for Americans to buy food, clothing, and other necessities, to be able to travel? That sounds like the mark of the beast. I mean, imagine how horrified George Washington, Thomas Jefferson would be if they could see what has happened to the American dream that they fought for."

Pelosi: Biden's infrastructure plan will have people 'out of their cars with more mass transit' 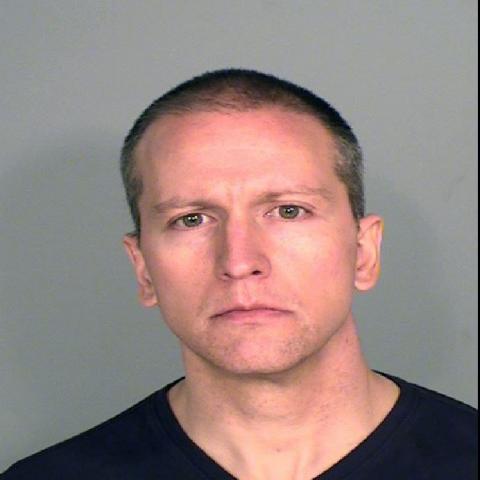