Johnson criticized Biden for showing "weakness" in Afghanistan, which he said led to the current tensions between Russia and Ukraine.

Sen. Ron Johnson (R-Wis.) on Monday accused the Biden administration of lying about the vetting of Afghan refugees and spoke about efforts to empower doctors to treat patients without the interference of federal health agencies.

"I think doctors should be at the very top of the pyramid of treatment of patients… Right now doctors, are at the bottom of the pyramid and they're being crushed by these companies, by the COVID Cartel," Johnson said.

The Wisconsin Republican said his legislation "should not be required," but he thinks it is necessary right now. He explained that the bill states: "The federal government cannot regulate medicine, and they can do nothing to prohibit doctors from using their full off-label prescription rights to treat their patients."

Johnson voiced concerns early on that the withdrawal from Afghanistan would pose national security problems later. Solomon asked for the senator's thoughts on the Defense Department inspector general's report that the Biden administration welcomed at least 50 Afghan evacuees posing "potentially significant security concerns" into the United States. The report also revealed that the locations of 28 refugees with known "derogatory information" are unknown.

A refugee needed to be on a terror watchlist or a no-fly list in order to be flagged as an evacuee with security concerns, Johnson explained, adding, "Now, how many ISIS terrorists do you think are actually on those on those watch lists?"

"We have no idea who all was airlifted out of there. And I still have no confidence that there was a thorough vetting job done of the 60,000 to 70,000 people who have currently been living in this country," Johnson said.

The senator told "Just the News" that he "would consider it a lie" after the Biden administration claimed the government could vet all Afghan evacuees.

"They never were going to do that. They had no capability of doing it. They just again played a numbers game," he said.

Johnson criticized Biden for showing "weakness" in Afghanistan, which he said led to the current tensions between Russia and Ukraine.

"This is just one of the many disasters created by the Biden administration," he said. "Why do you think Putin is knocking on the door of Ukraine right now? It's the weakness that President Biden's policies are creating across the board in America."

Biden should have maintained military and economic strength in the country, but he has not, Johnson said.

"Just about every action President Biden has taken has weakened America. It's emboldened our enemies. They're very optimistic. They're very aggressive. When they sense weakness, they're going to act and that's what we're seeing right now," Johnson said. 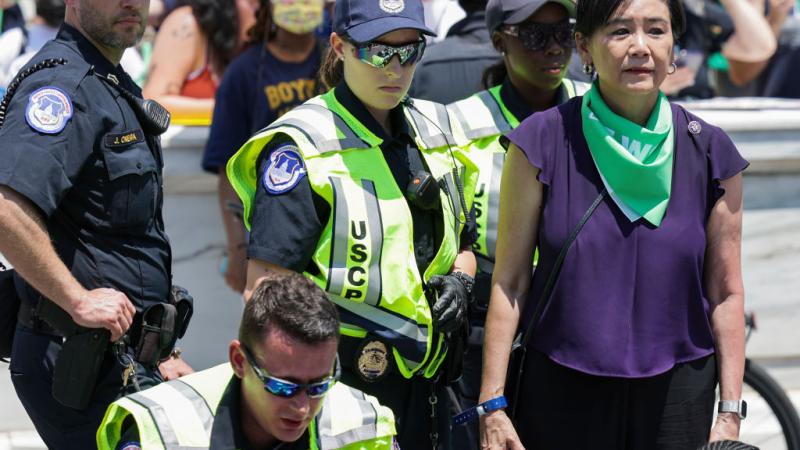