Members of the grand jury have said charges should have been filed against other officers. 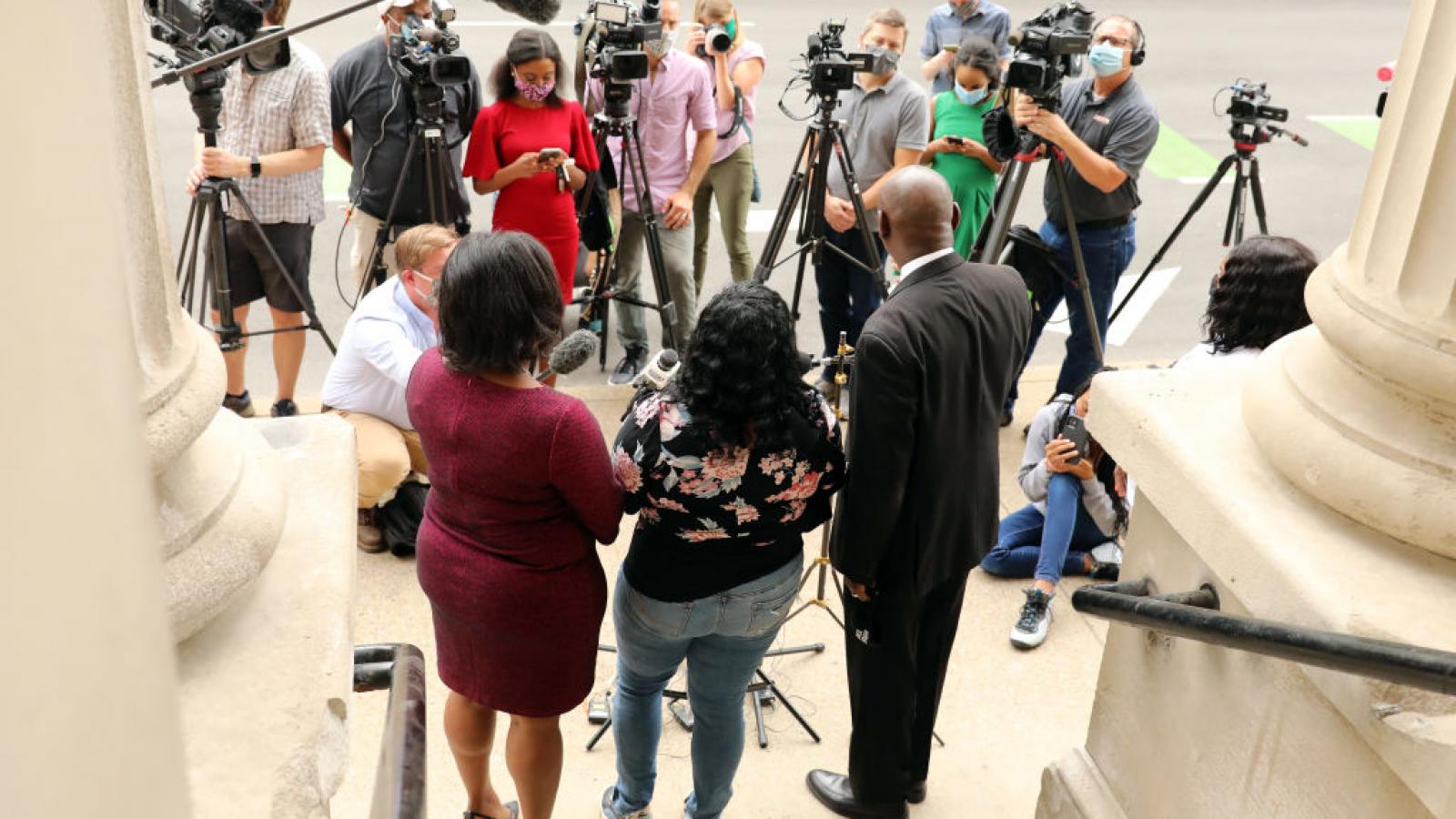 Tamika Palmer, the mother of Breonna Taylor, is asking the Kentucky Prosecutors Advisory Council to appoint an independent prosecutor to present the case of her daughter’s death to a new grand jury.

The original grand jury charged one of the officers involved in the Louisville police department fatal drug raid in March on her daughter's apartment.

The officer, Detective Brett Hankison, was charged last month with "wanton endangerment" for spraying bullets in an exchange of gunfire with Taylor's boyfriend, who was in the department.

However, no charges directly connected to her death were filed, and Hankison was fired from the department before he was indicted last month.

Members of that panel publicly claimed afterward that charges should have been filed against other Louisville officers, sparking Palmer to continue fighting.

Palmer has said that the handling of the case by the state attorney general "undermines the trust and integrity of the entire process."

“The Attorney General's unwillingness and refusal to prosecute Breonna's case, despite grand jurors confirming that they found probable cause to indict the officers on multiple offenses, calls into question whether we face a 'stacked deck' when perpetrators are members of law enforcement," Palmer wrote.

Palmer says her daughter deserves a ‘competent’ and ‘capable’ prosecution team that will evaluate the law from an unbiased lens.