'I think that in the end, they'll have upheld the president's right to cancel DACA if he gives persuasive reasons, but by that time, there'll be an election,' the famed constitutional law scholar says.

The Supreme Court decision upholding the Deferred Action for Childhood Arrivals (DACA) was "a very minor decision," that could easily be reversed, according to legal scholar Alan Dershowitz.

In a 5-4 ruling Thursday, in which Chief Justice John Roberts joined the court's liberal bloc, the court ruled against the president on narrow grounds. The court found the Trump administration did not follow the correct procedures in seeking to rescind DACA, a policy unilaterally established by President Obama in a 2012 memo that entitles some who arrived in the U.S. illegally as children to work eligibility and deferrals of deportation proceedings for renewable two-year periods.

The Harvard law professor emeritus told Just the News that even though he personally agrees with the ruling and is in fact "thrilled" by it, he doesn't see the high court ruling as providing a legal framework for settling the merits of the DACA program.

"It's a very minor decision in the sense of all it says is 'The president didn't dot the i's and cross the t's,'" Dershowitz said in an interview. "It's not a particularly significant decision, in terms of immigration, because obviously the president could just go back, call his lawyer and say, 'Write me a good persuasive reason why we should do this.' That's all the court basically ruled, is that the president didn't set out a good enough reason ... I think that in the end, they'll have upheld the president's right to cancel DACA if he gives persuasive reasons, but by that time, there'll be an election."

Dershowitz said he thinks the only constitutional issue in this case is whether or not Congress has the right to require presidents to give reasons.

"But the big argument, these days is between the legislative and the judicial branch," Dershowitz said. "The dissenting justices are all saying these are matters to be decided by the legislature, and the majority [is] saying 'No, courts can can make these decisions.'"

Trump on Thursday slammed the ruling, saying it lacked a clear interpretation of law.

"As President of the United States, I am asking for a legal solution on DACA, not a political one, consistent with the rule of law," Trump tweeted. "The Supreme Court is not willing to give us one, so now we have to start this process all over again."

Former Attorney General Jeff Sessions on Thursday expressed his frustration with the court ruling, saying it undermined the rule of law by allowing people to illegally demand they remain in the United States even though they'd broken the law by entering the country.

"And yet somehow, the court eviscerates what Congress intended, what the American people intended, and common sense, really, to say that even if you came as a teenager, you never have to be deported," Sessions said in an interview with former White House chief strategist Steve Bannon. "That's what the Obama order basically did. We're getting to a point where good American people are losing confidence in the efficacy of the law, the reality of their democratic representatives passing a law, which gets to be altered by an oligarchy on the Supreme Court that always — when the dust settles —advances a liberal social agenda and blocks the actions of conservatives."

Trump supporters reject critics who say the president has sought to expand his power beyond appropriate norms, pointing to Trump's argument that his predecessor, former President Barack Obama, was actually encroaching on legislative authority by creating the DACA program.

"The DACA decision, while a highly political one, and seemingly not based on the law, gives the President of the United States far more power than EVER anticipated," Trump tweeted on Thursday. "Nevertheless, I will only act in the best interests of the United States of America!"

"President Trump is making an interesting argument, saying 'It really is a legislative authority, and therefore the president didn't have the power,'" Dershowitz said. "But the Supreme Court came back and said, 'Well if that president didn't have the power, neither did you.' So, you know, it's an interesting ping pong game back and forth between the court judging whether the legislature or the president has the authority."

After a series of judicial defeats, Trump posited that the high court might be opposed to his agenda. Conservatives have been disappointed that Chief Justice John Roberts has been an inconsistent conservative vote on the bench.

"Do you get the impression that the Supreme Court doesn’t like me?" Trump tweeted on Thursday.

Dershowitz said he didn't think that Roberts, who was appointed by Trump critic George W. Bush, had personal animus against the president. 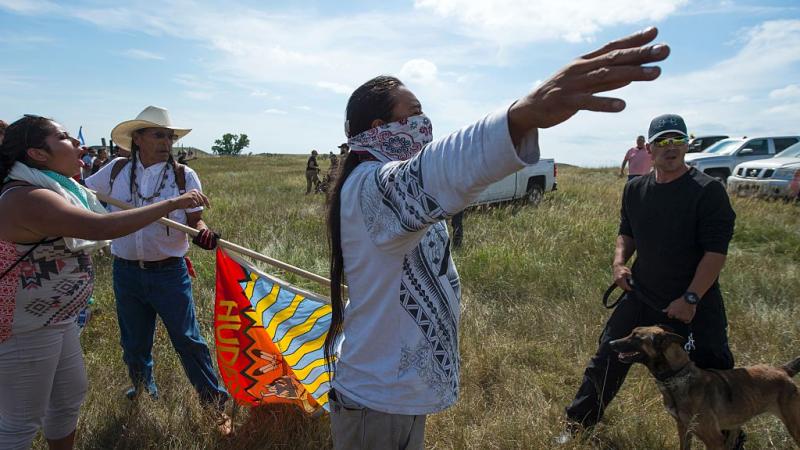