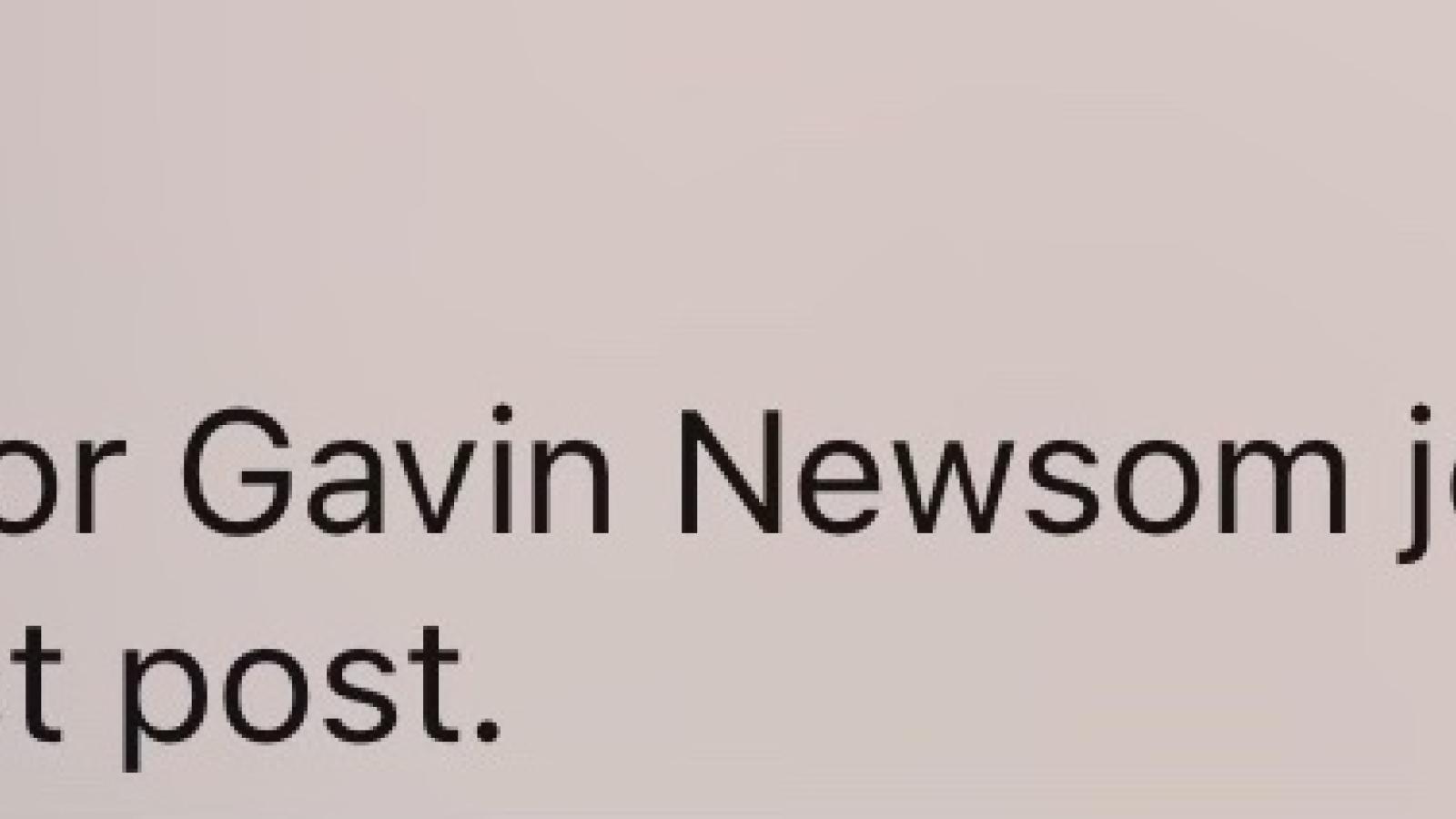 "I know we're all on this platform in search for the 'truth,' but the truth is, I've not been able to find a simple explanation for the fact that we have a red state murder problem," Newsom said in a video added to his first Truth Social post.

"Eight of the top ten states with the highest murder rates happen to be red states. So the question is simple, what are the laws and policies in those states that are leading to such carnage?" he concluded.

The governor's first post on Truth Social was less than one day ago. He has already been verified and has about 2,400 followers.

Truth Social even announced that Newsom joined the platform via push notification.

On Twitter, Newsom said he plans on "calling out Republican lies" on Truth Social. "This could get…interesting," he added.