Governor says he will "ensure it’s easy to vote and hard to cheat in Georgia."

Georgia Gov. Brian Kemp on Friday lashed out against the Department of Justice's lawsuit against the state's recently passed election reform law, calling it "disgusting" and a weaponization of the federal government.

"Let me be clear: The Department of Justice lawsuit announced today is legally and constitutionally dead wrong," Kemp said at a Friday press conference. "Their faults and baseless accusations are quite honestly disgusting."

In a statement, Kemp said the suit was "born out of the lies and misinformation the Biden administration has pushed against Georgia's Election Integrity Act from the start."

"Joe Biden, Stacey Abrams, and their allies tried to force an unconstitutional elections power grab through Congress – and failed," the statement continued. "Now, they are weaponizing the U.S. Department of Justice to carry out their far-left agenda that undermines election integrity and empowers federal government overreach in our democracy."

The Georgia voting law enacted numerous modest reforms on the state's election process, including tightening voter I.D. requirements for mail-in voting and regulating the use of ballot drop boxes throughout the state.

Numerous Democrats have compared the provisions in the law to those of the racist Jim Crow rules put in place throughout the South after the Civil War. 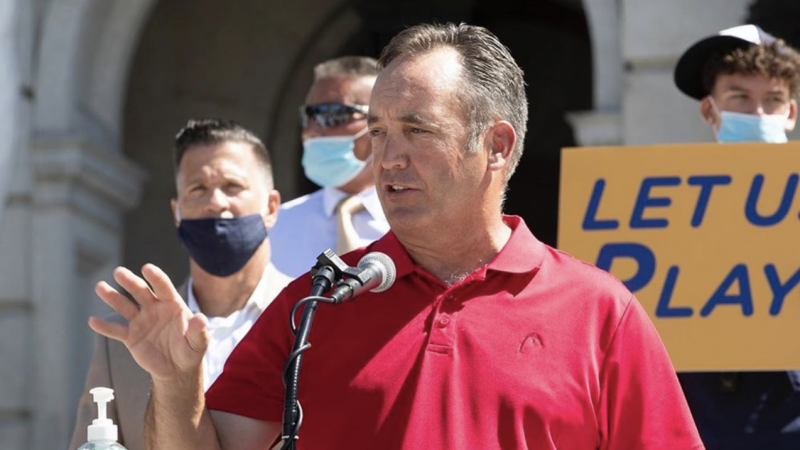 WATCH: 'JUST THE NEWS - NOT NOISE,' with Doug Mastriano
Security

Democrat witness testifies to Congress that men can get pregnant, have abortions