"I hope the Committee on Presidential Debates does not change the rules to once again protect Joe Biden," said RNC Chairwoman Ronna Romney McDaniel. 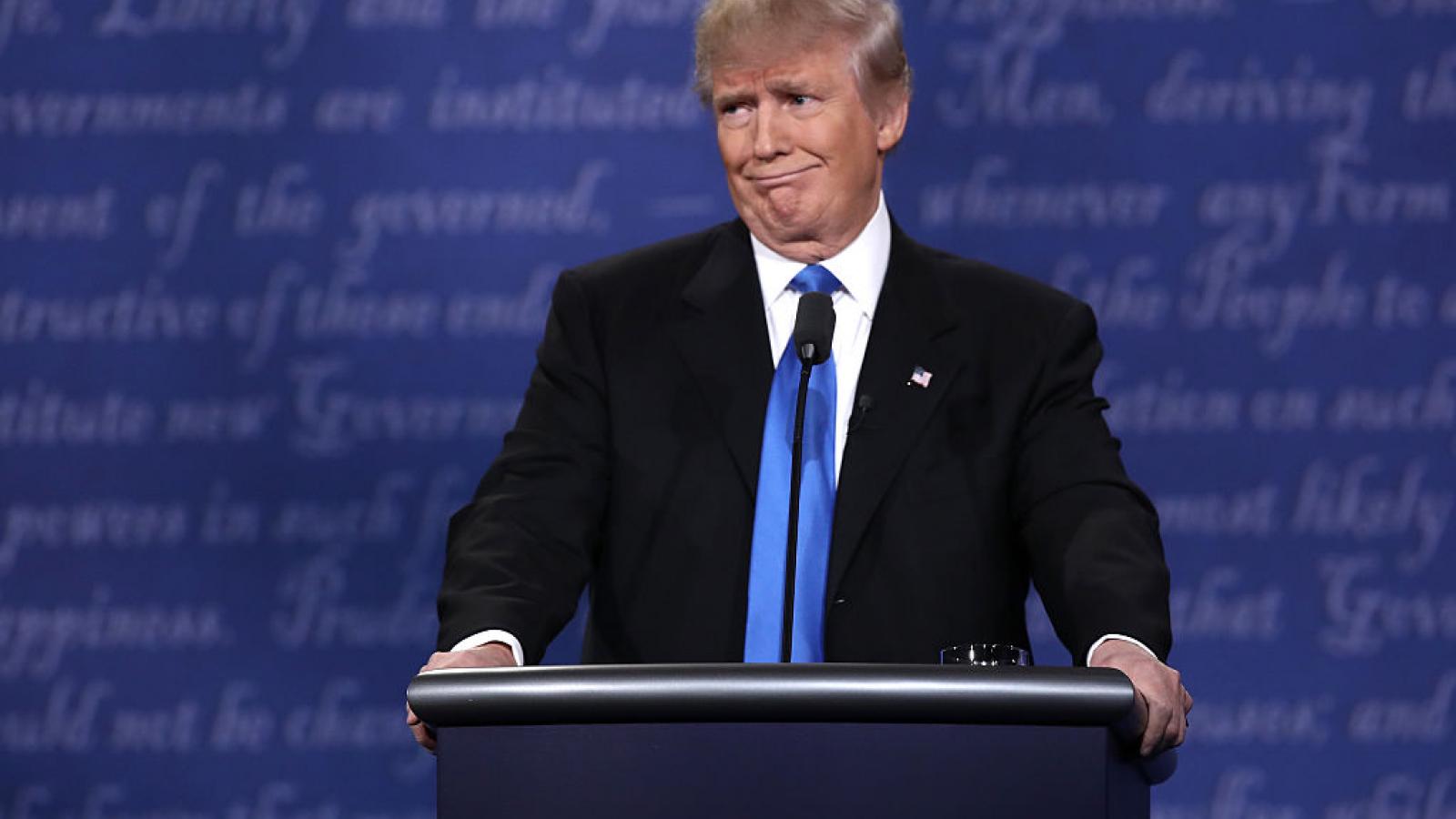 The Republican National Committee and Team Trump are pushing back on a plan to change rules for the two remaining presidential debates, saying both sides agreed to the established rules and they shouldn't be changed "in the middle of the campaign."

RNC Chairwoman Ronna Romney McDaniel said Thursday on Fox News that the Commission on Presidential Debates should not alter the rules without the approval of both campaigns.

“I hope the Committee on Presidential Debates does not change the rules to once again protect Joe Biden from answering to the American people," McDaniel said. "I don't think you should be changing the rules that they have agreed to and I do not think this commission has the right to just arbitrarily change rules without talking to both candidates and getting agreement and input from both sides."

"We don't want any changes," a member of Trump's campaign told reporters in a conference call on Thursday.

The CPD on Wednesday announced that the next debates will feature a new format, saying details would be released soon.

"Last night's debate made clear that additional structure should be added to the format of the remaining debates to ensure a more orderly discussion of the issues," the group said in a statement. "The CPD will be carefully considering the changes that it will adopt and will announce those measures shortly."

Biden on Wednesday offered an idea while on the campaign trail in Ohio: "I just hope there's a way in which the debate commission can control the ability of us to answer the question without interruption. I'm not going to speculate on what happens in the second or third debate.

"My hope is that they're able to literally say, 'The question gets asked of Trump, here's the microphone, he has two minutes to answer the question, no one else has the microphone.' I don't know what the actual rules are going to be literally, but that to me seems to me to make some sense."

McDaniel indicated she doesn't support cutting off either candidate's microphone.

“They came out hot and they went after each other, and these are grown men and they’re going to be on the world stage and they can handle a debate,” she added later. “I don’t think that we need to put parameters in to make sure that it is softer and easier and nicer.

McDaniel also said Biden “got away” with dodging tough questions during the first debate on Tuesday.

“Maybe then we’ll get a real answer from Joe Biden as to how he is honestly going to govern,” McDaniel said on Fox. “Do you support the Green New Deal? Do support law and order? Are you going to stack the Supreme Court? Are you going to get rid of the filibuster?”

Tuesday's moderator, Fox News host Chris Wallace, was roundly criticized for losing control of the debate, but the CPD acknowledged the tough task he had trying to corral the two candidates.

"The Commission is grateful to Chris Wallace for the professionalism and skill he brought to last night's debate and intends to ensure that additional tools to maintain order are in place for the remaining debates," the group said.

Trump's campaign team asked to add another ground rule to allow a third party to examine the ears of each participant to see whether either is wearing electronic devices or transmitters. Team Biden rejected the change.

The Biden camp requested two breaks during the 90-minute debate, one after the first 30 minutes and another at the one-hour mark, but Team Trump rejected that change.

White House press secretary Kayleigh McEnany fired a tweet at the Biden camp: "There are no breaks when you're leader of the free world, Joe!"

For the one vice presidential debate between Vice President Mike Pence and Biden running-mateSen. Kamala Harris (D-Calif.), USA Today’s Susan Page will moderate the event, which will take place in Salt Lake City on Oct. 7.