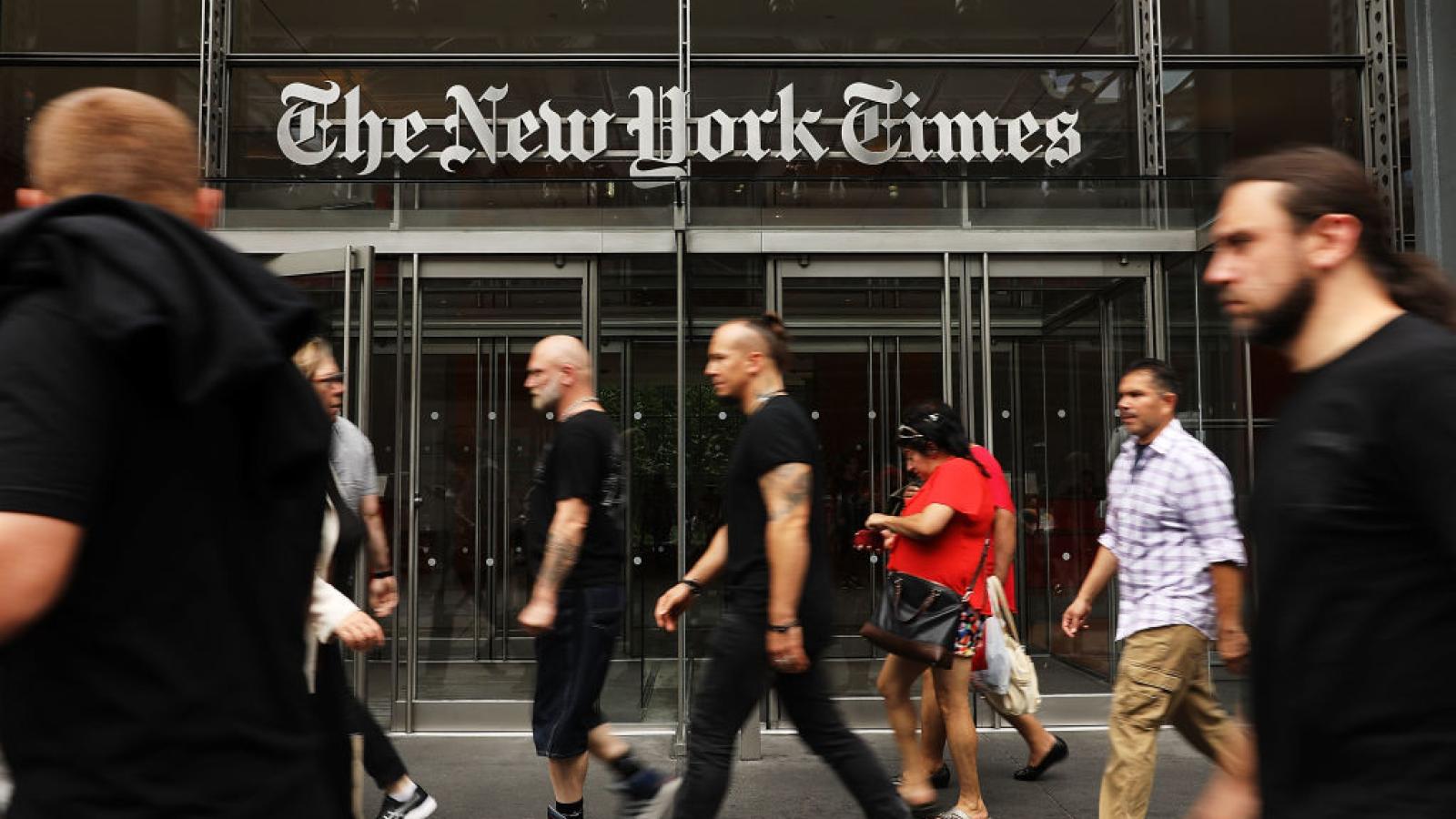 The Trump campaign on Wednesday announced that it had filed a libel lawsuit against the New York Times, alleging that the paper knowingly printed false allegations that the president’s campaign engaged in a quid pro quo with Russia.

The opinion piece at the center of the lawsuit is a March 2019 op-ed written by former New York Times executive editor Max Frankel, who held that position at the newspaper between 1986-1994.

Frankel describes a sort of quid pro quo or exchange between the campaign and Russia.

“There was no need for detailed electoral collusion between the Trump campaign and Vladimir Putin’s oligarchy because they had an overarching deal: the quid of help in the campaign against Hillary Clinton for the quo of a new pro-Russian foreign policy, starting with relief from the Obama administration’s burdensome economic sanctions,” Frankel wrote.

The Trump campaign filed the suit in the New York State Supreme Court, arguing that the historic American newspaper committed libel by running the opinion piece with actual malice against the campaign.

“The complaint alleges The Times was aware of the falsity at the time it published them, but did so for the intentional purpose of hurting the campaign, while misleading its own readers in the process,” said Jenna Ellis, a senior legal adviser to the Trump campaign.

The New York Times provided a brief written statement to Just the News alleging that the president’s campaign was retaliating because it disapproved of the opinion presented in Frankel’s piece.

“The Trump Campaign has turned to the courts to try to punish an opinion writer for having an opinion they find unacceptable,” a New York Times spokesperson said. “Fortunately, the law protects the right of Americans to express their judgments and conclusions, especially about events of public importance. We look forward to vindicating that right in this case.”