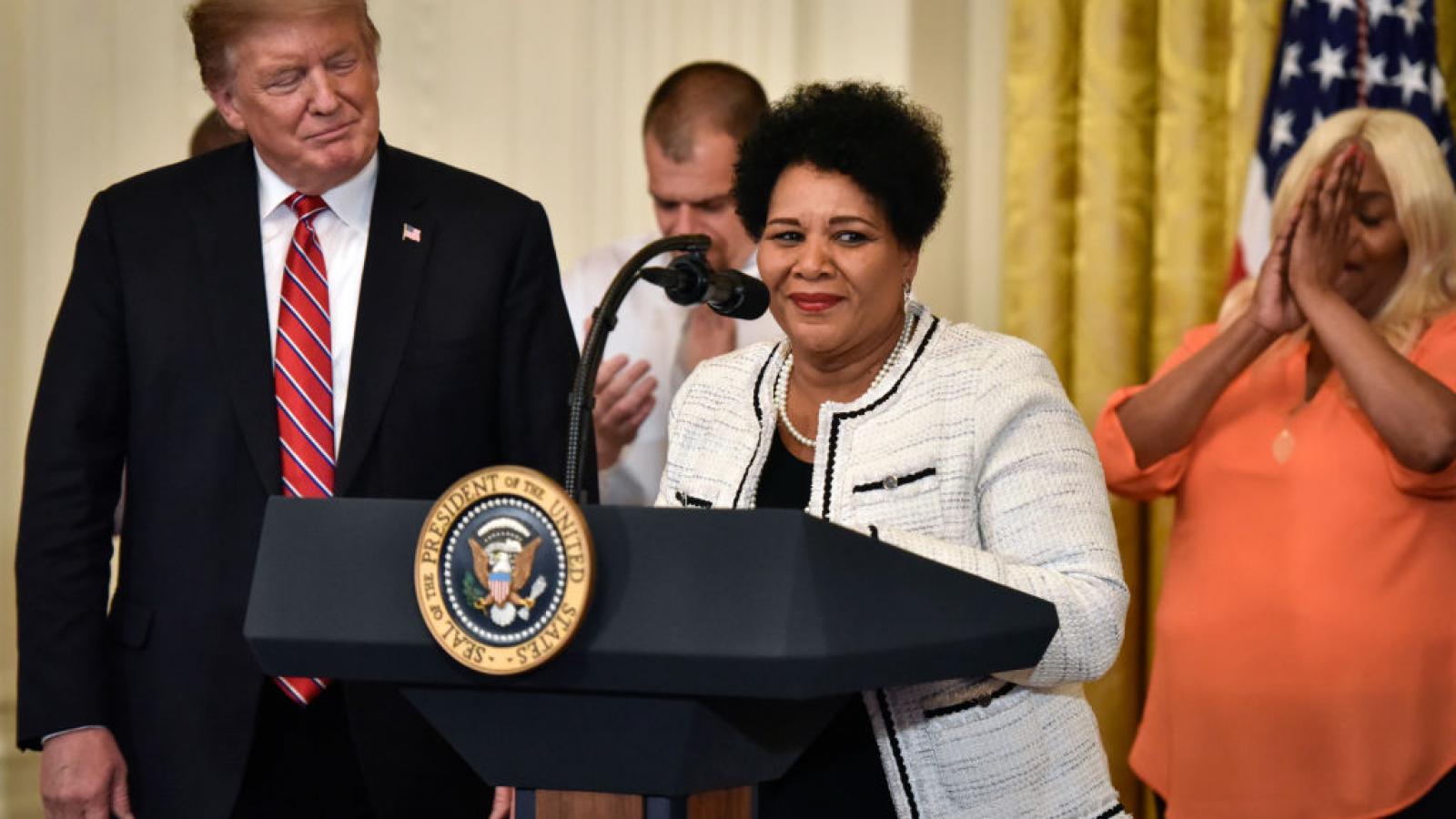 President Trump on Friday granted a full pardon to criminal justice reform advocate Alice Johnson, two years after he granted the convicted drug dealer clemency and less than 24 hours after she spoke at the Republican National Convention.

"We're giving Alice a full pardon. I just told her," Trump said in the Oval Office alongside Johnson. "That means you can do whatever you want in life. Just keep doing the great job you're doing. Alice has done an incredible job since she's been out."

Trump in 2018 granted Johnson clemency from her life sentence, in part after reality star Kim Kardashian made her case for Johnson.

Johnson was convicted in 1996 of numerous violations of federal drug law, including cocaine trafficking.

On Thursday at the RNC, Johnson said she would be "forever grateful" to Trump for his clemency order.

"I pray that you will not just hear this message but that you will be inspired by my story and your compassion will lead you to take action for those who are forgotten," she said.