Trump rips Pence: 'Didn’t have the courage to do what should have been done'

Says blocking election certification would give states "a chance to certify a corrected set of facts, not the fraudulent or inaccurate ones"

Minutes after Vice President Mike Pence declared that he would not block certification of Electoral College votes, his boss blasted him.

"Mike Pence didn’t have the courage to do what should have been done to protect our Country and our Constitution, giving States a chance to certify a corrected set of facts, not the fraudulent or inaccurate ones which they were asked to previously certify. USA demands the truth!" the president wrote on Twitter.

Shortly before a joint session of Congress began to certify the 2020 presidential election, Pence said he doesn't have the power to discard electoral votes that will make Democrat Joe Biden the next president.

Pence said in a statement that it was “my considered judgement that my oath to support and defend the Constitution constrains me from claiming unilateral authority to determine which electoral votes should be counted and which should not.”

“When disputes concerning a presidential election arise, under Federal law, it is the people’s representatives who review the evidence and resolve disputes through a democratic process,” Pence said.

“As a student of history who loves the Constitution and reveres its Framers, I do not believe that the Founders of our country intended to invest the Vice President with unilateral authority to decide which electoral votes should be counted during the Joint Session of Congress, and no Vice President in American history has ever asserted such authority," he said.

In a fiery speech before Congress convened, Trump told thousands of supporters gathered on the National Mall that "if Mike Pence does the right thing we win the election."

“All Vice President Pence has to do is send it back to the states to recertify and we become president and you are the happiest people,” Trump said. Mike Pence is going to have to come through for us, and if he doesn’t, it’s a sad day for our country."

But in announcing that he would not block the certification process, Pence said he believes "vesting the Vice President with unilateral authority to decide presidential contests" would be "entirely antithetical" to the "separation of powers and checks and balances under the Constitution of the United States."

Although he said he did not have the power to blocking the process, he said he will "welcome the efforts of Senate and House members who have stepped forward to use their authority under the law to raise objections and present evidence." 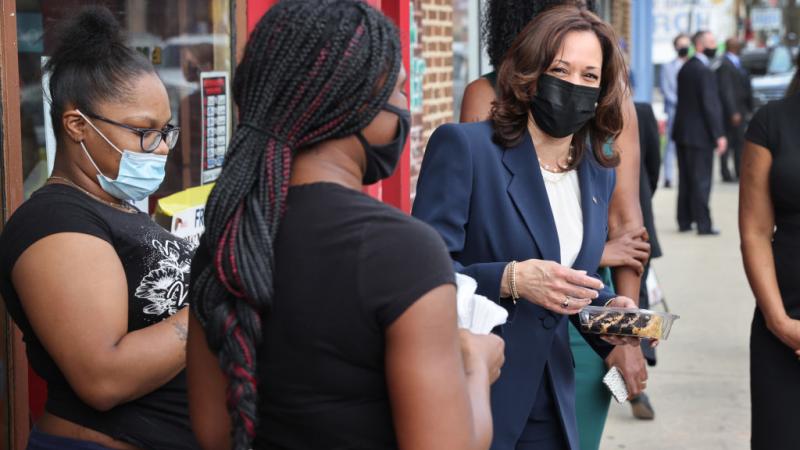 'She got a snack': Harris a no-show at border since taking lead in stemming illegal immigration flow