Richard Barnett has called for lawyers to represent him after participating in Capitol break-in. 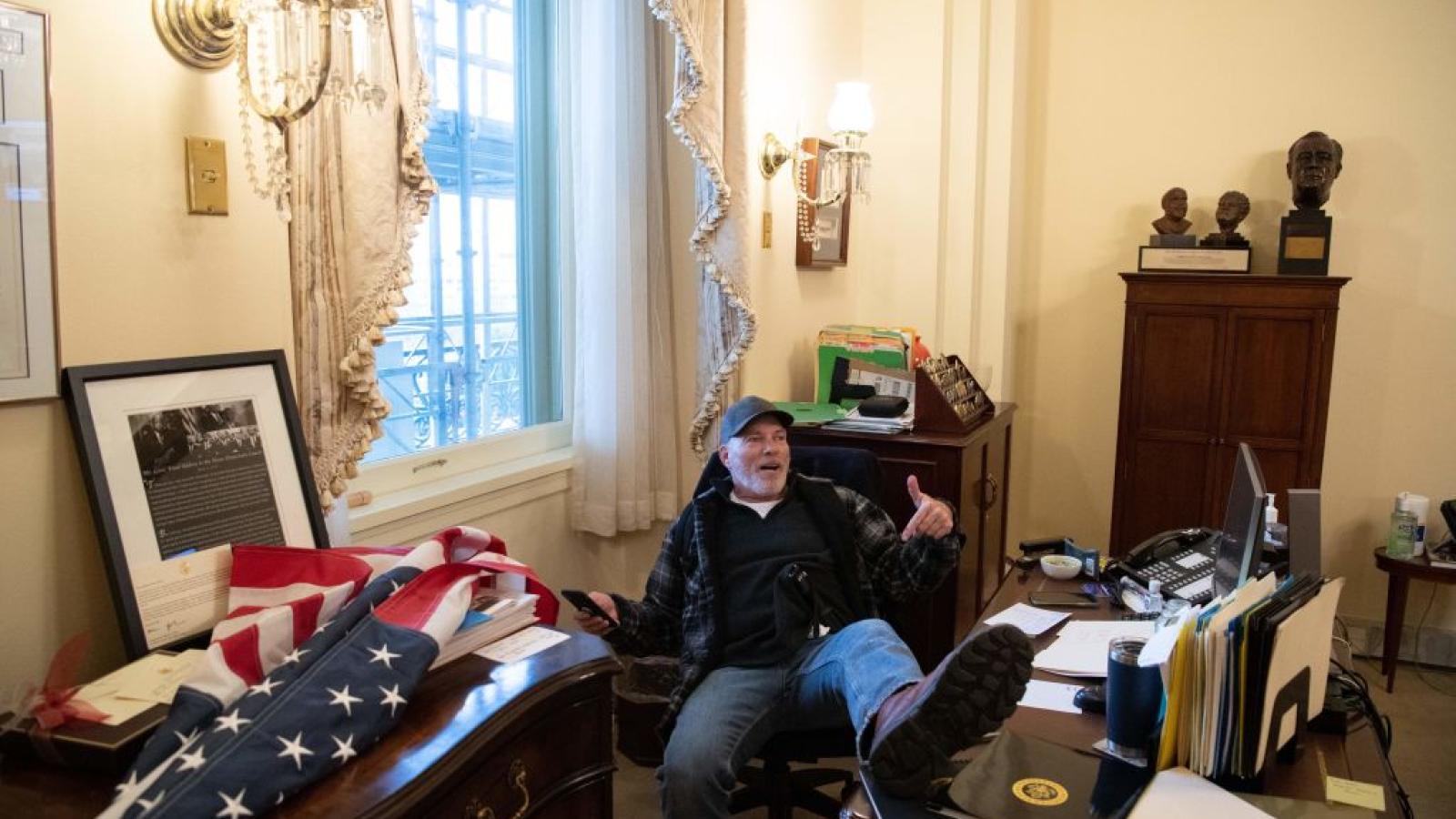 Media outlets on Thursday identified one of the protesters seen in a grimly iconic photo in which he sits at the desk of Speaker of the House Nancy Pelosi during Wednesday's Capitol breach.

Richard Barnett was seen with his feet up on Pelosi's desk during the mayhem. He took a letter from her desk but said he did so only because he bled on it from a cut finger and that left a quarter on Pelosi's desk to avoid accusations of being a "thief."

"If you are a wicked attorney get in touch with me. I'm going to need one or two," Barnett told a local media station in Arkansas, from which he hails.

Barnett has also reportedly engaged in protests outside of his state's capitol in Little Rock regarding the 2020 election results.