A man has been taken into custody by the NYPD

The artificial Christmas Tree outside of the Fox News Channel's New York headquarters was set on fire overnight Wednesday, causing significant damage to the tree and sending smoke into the building.

Flames quickly spread up the heavily decorated tree shortly after midnight, and police closed off the surrounding streets as fire fighters extinguished the blaze. Several nearby trees also were damaged.

The hosts of the cable news channel's morning "Fox and Friends" show said smoke poured into the first floor of the building, which is the United States headquarters for parent company News Corp., and that their "All-American" tree will be repaired or replaced.

A 49-year-old man has been arrested in connection with the fire at the midtown building, which also houses the Wall Street Journal and the New York Post.

Pictures from the scene appear to show the top half of the tree burned bare. The 50-feet tree, which was reportedly decked out with 10,000 ornaments and 100,000 red, white, and blue lights, was ceremonially lit Sunday.

"This is part of a bigger problem. It's the crime surge in this country," said "Fox and Friends" host Brian Kilmead. "There is so much crime in places that were always safe including (the corner of) 48th and Sixth, here.

"This is emblematic of these cities out of control, defame and defund the police and this bail reform that has these men and women these assailants these suspects out before they can even finish the paperwork. This is what you get when you have these left-wing DAs ... running these cities, you get chaos." 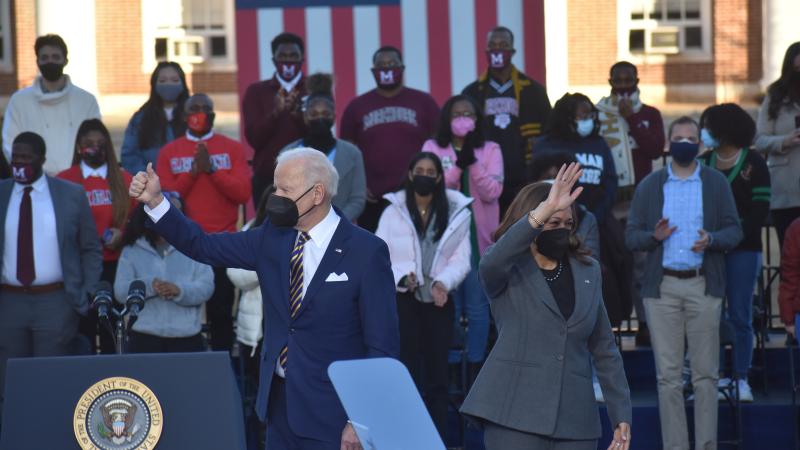