Recently, several prominent stars have either shared or promoted anti-Semitic material — yet activists who normally rise up to decry hate have stood down.

Cancel culture has a curious blind spot when it comes to one brand of bigotry.

In recent days, several prominent stars have either shared anti-Semitic views or promoted material spoken by an unabashed anti-Semite.

Yet Chelsea Handler, Ice Cube and Jessica Chastain haven’t been ”canceled” like some in the entertainment field. In fact, activists who normally rise up when hate enters the conversation have stood down.

The comic/activist featured the “powerful” video on her Instagram feed, which reaches nearly 4 million followers. Some quickly assailed her for ignoring Farrakhan’s relentless bigotry.

Handler, who is Jewish, initially defended her post and cursed out her critics. She later apologized.

David Harsanyi, a senior writer at National Review, says anti-Semitism “has always been excused or rationalized, or people look the other way when it happens.”

Harsanyi notes a “hierarchy of grievances” in the country at the moment, and anti-Semitism appears lower on that scale.

Cancel culture hails from the far left, a segment he calls “deeply anti-Semitic.”

Harsanyi says it helps explain why rapper-turned-actor Ice Cube faced little criticism after sharing a series of tweets seen by some as anti-Semitic. The “Ride Along” star tweeted conspiracy theories suggesting ties between the Jewish people and both 9/11 and COVID-19.

"What if I was just pro-Black? This is the truth brother. I didn’t lie on anyone. I didn’t say I was anti anybody. DONT BELIEVE THE HYPE. I’ve been telling my truth.”

“The cancel culture crowd is part of the problem,” Harsanyi says. “[Ice Cube’s tweets] aren’t offensive to the people who are canceling.”

He notes anti-Semitism lurks on the far right as well. The Daily Wire editor Ben Shapiro, a Jewish conservative, has faced death threats from the alt-right in recent years.

Mainstream conservatives disown that element, but the same isn’t always true on the left, Harsanyi argues. Consider how MSNBC hired the Rev. Al Sharpton despite his anti-Jewish sentiments.

The same network also elevated Joy Reid, the “AM Joy” news personality, to take over the time slot formerly held by Chris Matthews. Reid’s questionable comments about Israel are public knowledge, though she blamed hackers for those messages.

Steven Katz, Slater Professor of Jewish & Holocaust Studies at Boston University, says the combination of a global pandemic and nationwide riots may be tied to these ugly comments.

“When you have this uncertainty in our environment is when fringe groups get space,” Katz says. “They provide an exclamation that’s more complete. The fringes always have one or two big ideas: ‘Everything is the fault of so and so.’”

“Even when times are secure,” he adds, “we have anti-Semitic ideas. They are submerged by a majority that are rational and honorable.”

Katz says one silver lining for both Handler and her massive following is the dialogue that resulted from the star’s post. Anyone unfamiliar with Farrakhan’s history now has a better grasp of his vitriol. The post still speaks poorly of Handler’s educational background, he notes.

Cheryl Greenberg, Paul E. Raether Distinguished Professor of History at Trinity College in Hartford, Conn., blames ignorance, not hate, for some of the celebrity comments.

Still, Greenberg sees another factor in play with these recent statements.

“We’re having a conversation about whether white people are racist and, all of a sudden, we notice black people are saying anti-Semitic things,” Greenberg says. “I just feel this is a little bit of defensive posturing on the part of some people … 'How can we trust black people when Ice Cube can say these things?'

“We trot out all these examples, as if that has anything to do with discrediting the larger issues we’re facing. That shouldn’t stop the fight against bigotry, though. We should challenge it wherever we see it.”

Harsanyi notes that while Handler and her celebrity peers may be ignorant, not hateful, that defense doesn’t apply to Roger Waters.

The Pink Floyd co-founder has a long history of comments deemed anti-Semitic. He’s an avowed advocate of the BDS movement (Boycott, Divestment & Sanctions) against Israel, for example.

“Because I am a critic of this Israeli government’s policies and in the absence of this Israeli government producing cogent arguments to defend themselves from my criticism, I am instead routinely subjected to the accusation that I am an anti-Semite,” he said in 2014. “This is a pattern, a crude pattern, but nevertheless an identifiable and repeated pattern, a part of the general tactic of 'Hasbara.'”

“Anyone who blames Jews for all things is an anti-Semite,” he says.

“He takes facts and distorts them,” Greenberg says. “It is true that Israeli police provide some training for some U.S. police, but that’s not the point … Why not focus on the violence police are committing?” 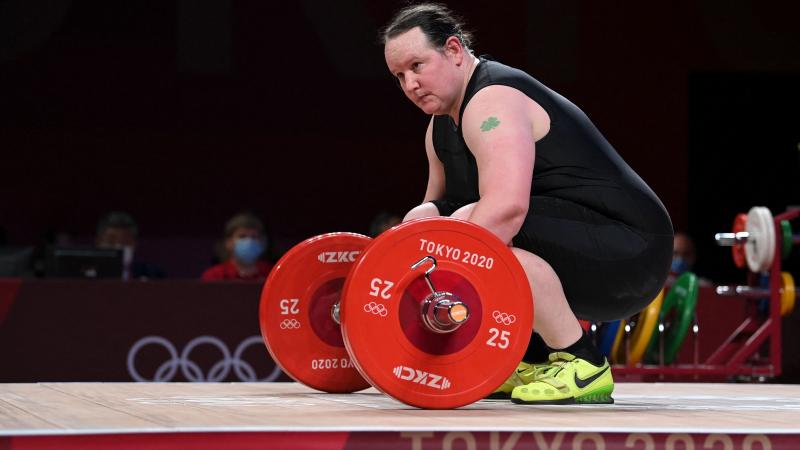