"You can abolish a commission, you can take a report off the website, but you can't erase history," executive director Matthew Spalding says as panel shifts focus to states.

Despite being abolished by the Biden administration, the 1776 Commission established by President Trump to develop a patriotic education curriculum lives on.

The commission's executive director, Matthew Spalding, told Just the News that the panel is staying operational despite losing its federal charter and shifting its focus to state and local education. A Web site and new social media presence are forthcoming.

"You can abolish a commission, you can take a report off the website, but you can't erase history," Spalding told the John Solomon Reports podcast in an episode that aired Wednesday.

"And this is not merely a narrow, political question that one president or a legislature could come in, and merely reverse, like a regulation. This is a debate that goes to the heart of our country, it's been going on since the beginning, and it's the essential debate and discussion that citizens, by right, should have, and are going to have, regardless of what the government does."

Spalding said the 1776 Commission, which holds the belief that America is founded on the principles of the Declaration of Independence, and Critical Race Theory, which holds America is an inherently racist country, cannot coexist.

"They had to abolish the commission. And it's important for everyone to understand that. We don't have two different conversations going on here, as in one is about 1776 history and the other one is about, you know, identity politics, critical race theory, and these other ideas. The fact of the matter is that this dominant progressive view about systemic racism and critical race theory, identity, politics, equity, whatever term they're using, they keep changing their terms … that's not merely an opinion, that must reject the other way of doing things. These things can't coexist."

"Either 'all men are created equal,' which is a claim of 1776 -- which is also, by the way, the claim defended by Lincoln, in freeing the slaves, and Martin Luther King, in the Civil Rights movement, right? Either that's true, or it's not. Or it's not. Simple as that. And if it's not, then it's merely a matter of will, and who's the strongest, and who has the most activists, and who can control legislatures and force things into the classroom."

Spalding discussed a recent statement made by the 1776 Commission members emphasizing the role of the states in education.

"We issued a statement really emphasizing this — the federal government has no role in curriculum, zero, no constitutional power, no authority. They can't do it by using money to get around that fact, which is what this executive order, or this regulation — Department of Education regulation — is trying to do on Critical Race Theory. Can't do it. It's the authority of the state and the state legislature, especially, that control curriculum."

"And then beyond that, it really is a matter of school boards, schools, and parents. Our statement talks about the fundamental right of parents to control the education of their children. So we encourage governors and state legislatures to be on top of this. Don't go down this other path, which is to reject 1776 in favor of the current fad, which is actually to teach racism in classrooms. what they should revisit and do — make sure their curriculums are in good shape, reform them."

He also reacted to former Attorney General William Barr's recent speech that raised the possibility that new leftist school curricula could be challenged in the courts as the unconstitutional state sanction of secularism as a religion.

"The broader kind of political, philosophical point he's making, I think, is absolutely correct about, which is that secularism has really become, really, a religion of itself. That raises problems, you know, just on its face. I think there will be cases because if you look at secularism in a ideological way, you will inevitably end up violating religious liberty of religious believers, which, of course, is a fundamental protection, and the first freedom under our Bill of Rights. So I see those will happen, they're already happening, those will happen more. And I could see how that could lead to a — how it comes up in what context is maybe harder to see."

Spalding continued, "But you know, at some point, right, you're going to see a legal confrontation between religion, as traditionally understood, let's say a Christian school or a student, a Christian student, or a Jewish student or a Muslim student who wants to live out their faith in the context of their schooling, through habit, through dress, through, you know, activities, whatever it might be, or refusing to do something or being taught something that violates their religious faith. At some point that comes up against this other claim, which, if it's increasingly — looked at as the equivalent of a state religion, that could go a million different directions. So that is something I think that is quite disturbing."

"But the immediate thing I worry about is that students in public schools, which are being sent to those schools by parents who want their kids to get a good education, a good and fair education — math, you know, reading, writing, and arithmetic — don’t quite realize that their students are actually being taught a religion, despite what religion they may have, which they practice at home. That's a real problem."

Spalding added those who are interested in following the 1776 Commission and its report can look it up online, purchase the book form with its footnotes of the report's sources, and that a web and social media presence will be upcoming. 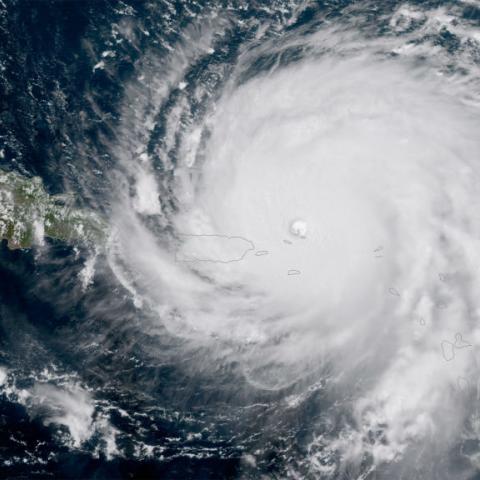