Biological males competing against women "doesn't promote our sport in a good way and I think it is disrespectful against the biologically female swimmers who are competing," wrote Reka Gyorgy, who finished one place too low to move on to NCAA finals.

While some women swimmers criticized the NCAA for letting transgender athlete Lia Thomas compete in the women's swimming championship last week, others have supported Thomas and claim that a biological male competing in women's sports is not a competitive issue.

Thomas won the NCAA Division 1 500-yard freestyle championship with the fastest time recorded in the NCAA this season, at 4:33.24, SwimSwam reported.

One swimmer expressed her frustrations with the NCAA policy that allowed Thomas to compete in the women's swim meets.

Virginia Tech University swimmer Reka Gyorgy, a fifth-year senior, competed in the 2016 Rio Olympics and is a two-time ACC champion and two-time NCAA All-American. In a letter to the NCAA, she explained that this was her last year of eligibility in college swimming and that Thomas knocked her down to a 17th place prelim finish, or one spot too low to qualify for the B finals for those finishing in places 9-16.

"I'd like to point out that I respect and fully stand with Lia Thomas," Gyorgy wrote, SwimSwam reported. "I am convinced that she is no different than me or any other D1 swimmer who has woken up at 5am her entire life for morning practice. She has sacrificed family vacations and holidays for a competition. She has pushed herself to the limit to be the best athlete she could be. She is doing what she is passionate about and deserves that right.

"On the other hand, I would like to critique the NCAA rules that allow her to compete against us, who are biologically women. I'm writing this letter right now in hopes that the NCAA will open their eyes and change these rules in the future. It doesn't promote our sport in a good way and I think it is disrespectful against the biologically female swimmers who are competing in the NCAA."

The girl who placed ninth in the 500-yard freestyle prelims had her eighth-place spot effectively "taken away" by Thomas," Gyorgy wrote, costing her an opportunity to "make it back to the A final" (for prelim finishers 1-8) and "preventing her from being an All-American."

Another Olympic swimmer, Erica Sullivan, who is a lesbian and placed third against Thomas in the 500-yard freestyle, wrote an essay in Newsweek in support of Thomas competing in women's sports.

Sullivan noted that she signed, along with more than 300 NCAA, Team USA and Olympic swimmers, an open letter in support of Thomas from LGBTQ+ advocacy group Athlete Ally and Harvard swimmer Schuyler Bailar, the first transgender male to compete as a male athlete in any NCAA Division I sport.

Jeri Shanteau, an eleven-time NCAA All-American swimming champion, told Fox News' "The Ingraham Angle" that Thomas competing against women is not only psychologically disruptive to them, but also defeats the purpose of meritocracy in sports.

The women competing against Thomas cried with their parents and coaches after the competition "because of the emotional and psychological turmoil that it is taking on these women," Shanteau said.

"It is more than just the sport," she added. "It is more than losing the titles, which they are certainly losing. It is also the psychological disruption that is happening to them and the lack of support that the universities and our NCAA [are] providing them. And it is abhorrent to be a part of.

"We grow up being told the world isn't fair. Life isn't fair. And sport provides one of the very few opportunities that we rely upon, and that is being taken away from them all of a sudden."

On Tuesday, Florida Gov. Ron DeSantis issued an official proclamation recognizing Emma Weyant, a Florida native who was runner-up to Thomas, as the winner of the championship instead of Thomas.

"By allowing men to compete in women's sports, the NCAA is destroying opportunities for women, making a mockery of its championships, and perpetuating a fraud," DeSantis tweeted with his proclamation.

"In Florida, we reject these lies and recognize Sarasota's Emma Weyant as the best women's swimmer in the 500y freestyle." 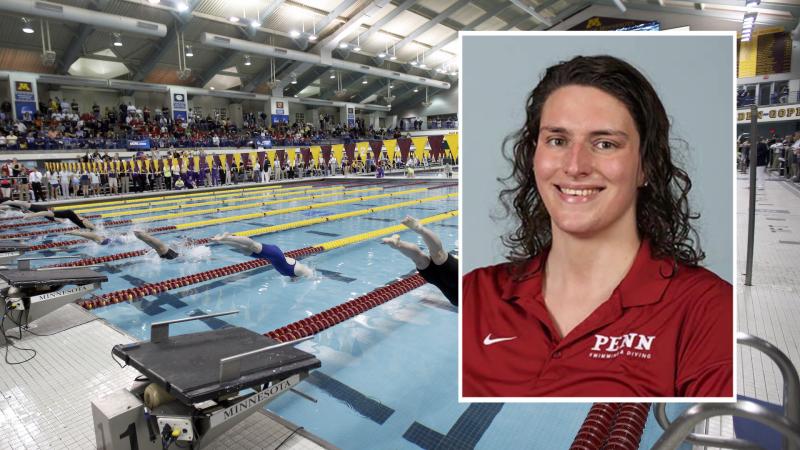 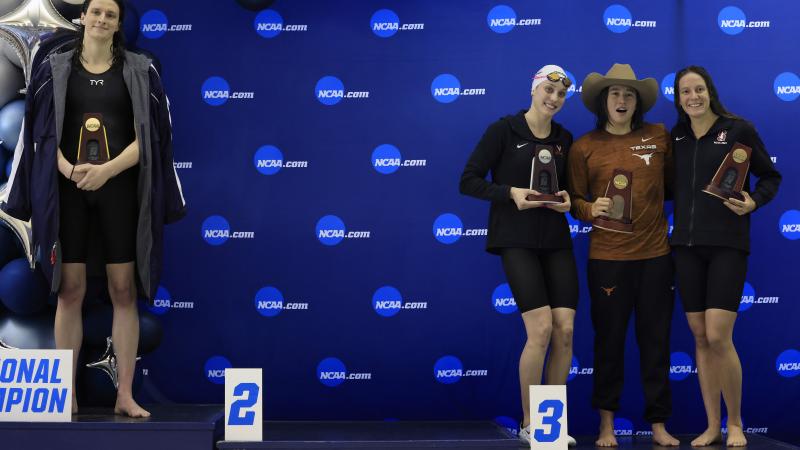