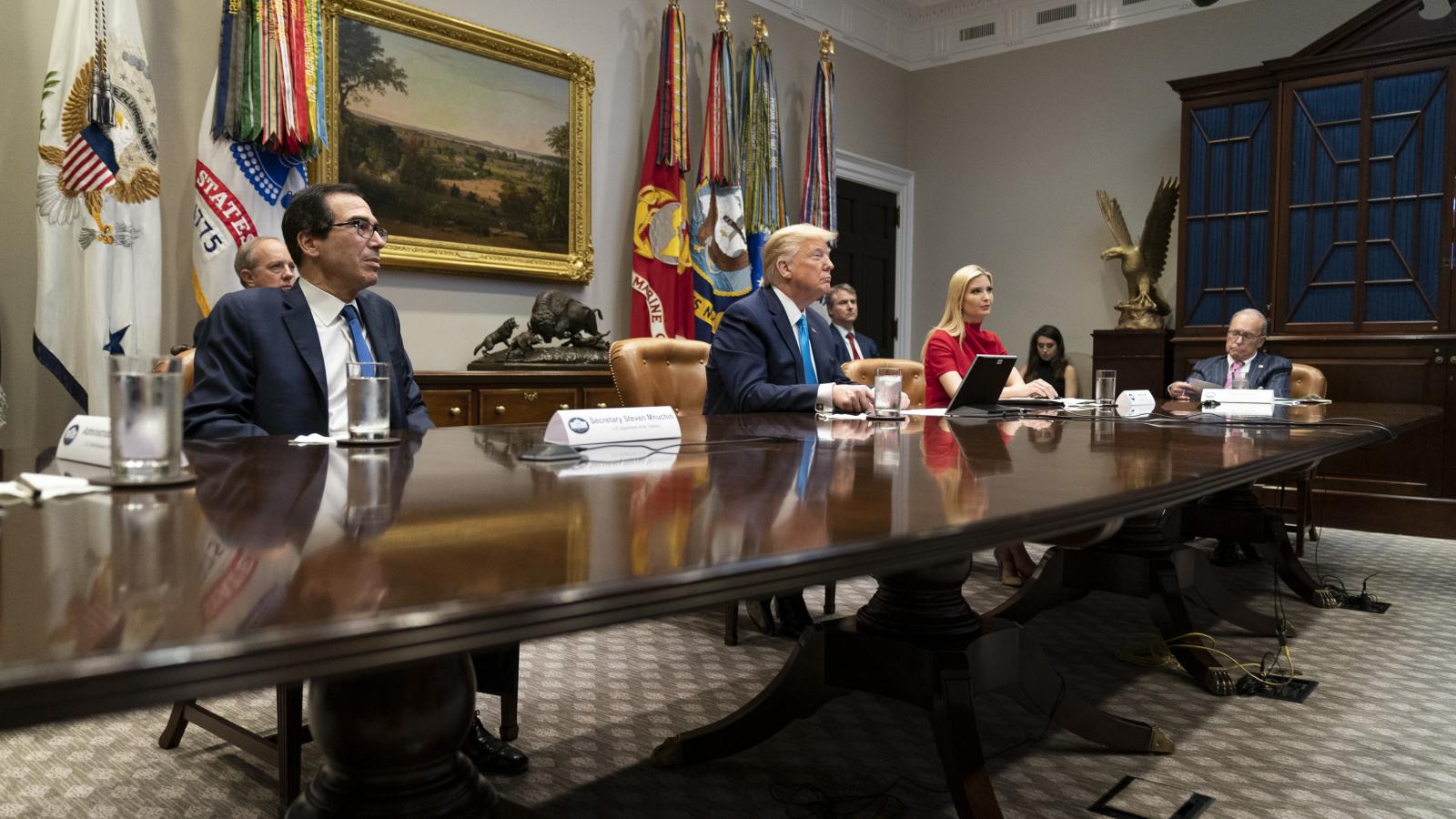 The White House announced Friday that it is preparing a $1.8 trillion offer for a coronavirus relief package to be issued to congressional Democrats, led by House Speaker Nancy Pelosi.

Treasury Secretary Steven Mnuchin has been the chief White House and Republican negotiator with Pelosi. They are expected to talk Friday about the new proposal, which is significantly more than the roughly $1 trillion previously offered.

The effort by Congress to pass another bipartisan relief bill that Trump will sign has essentially stalled since May when House Democrats passed their version, worth about $3 trillion. Last week, they passed a $2.2 trillion version.

The president has offered his approval on the new deal, tweeting Friday morning, "Covid Relief Negotiations are moving along. Go Big!"