Fight intensifies between DA and state Republicans that have blamed his progressive policies for Philadelphia's rising murder rate. 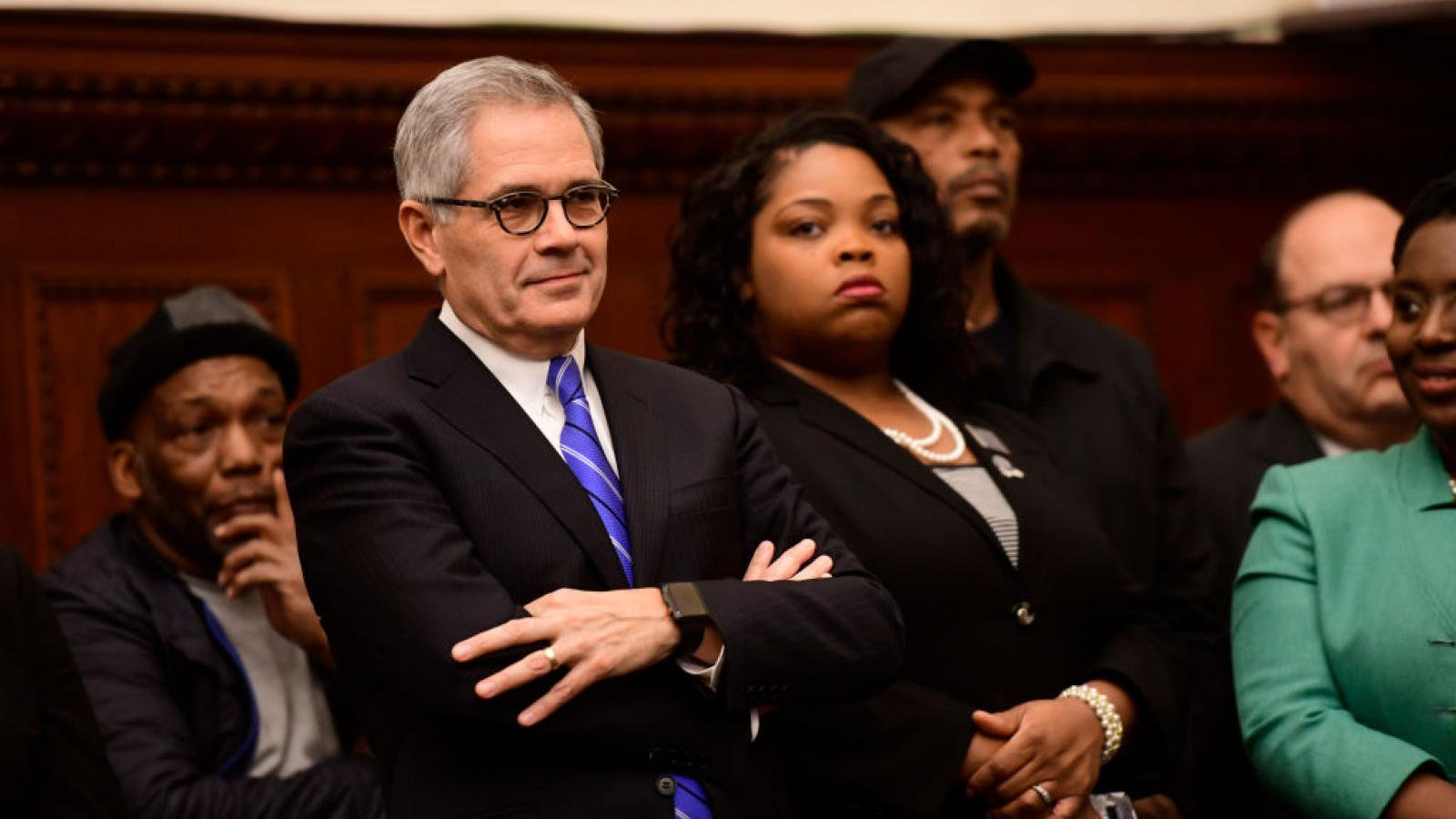 After calling a subpoena "illegal" and "anti-democratic," Philadelphia District Attorney Larry Krasner has filed a lawsuit against the state legislative committee that issued it.

Krasner's response to the House Select Committee on Restoring Law and Order, filed late Friday, intensifies the fight between the progressive DA and state Republicans that have blamed his leadership for Philadelphia's rising murder rate.

Krasner is suing in his official capacity, seeking to nullify the subpoena and stop the committee from any further action.

In the lawsuit, Krasner argued that the district attorney is not subject to oversight from the General Assembly. The filing calls the committee investigation "an improper effort" that "cast(s) aside legal rules and political norms."

"It is undisputed that District Attorney Krasner has not committed an impeachable offense. House Republicans simply disagree with his policies, and they do not respect the choice made by the Philadelphia voters who elected him or foundational principles of government," the lawsuit argued.

"Therein lies the ultimate irony in this investigation and Rep. Lawrence's Subpoena to the DAO: 'The Select Committee on Restoring Law and Order' is engaged in an investigation that violates the law and legal principles at every turn," Krasner wrote.

"Philadelphia District Attorney Larry Krasner is clearly not interested in discussing how his radical approach to 'law and order' has contributed to record crime rates in Philadelphia," Jason Gottesman, press secretary to Pennsylvania House Majority Leader Kerry Benninghoff, said in a statement.

"This lawsuit from DA Krasner is the latest in an unfortunate series of actions to avoid transparency and accountability," Gottesman continued. "Instead of embracing the values of good government and sound law enforcement, he has resorted to delay tactics to block oversight of his office during a time of historic increases in crime and violence in Philadelphia."

"The Select Committee's ongoing mission established by House Resolution 216 will not be deterred by the grandstanding and stonewalling that some have chosen to pursue," Rep. John Lawrence, R-Chester/Lancaster, and chairman of the Select Committee, said in a statement. "No one is above the law. The House of Representatives has clear authority under the Pennsylvania Constitution, state law, case law, and the Rules of the House to pursue this legislative initiative."

As The Center Square previously reported, district attorneys across the country have faced scrutiny in recent months as some major cities have seen a spike in murders or serious crimes. San Francisco DA Chesa Boudin was recalled by voters in July.

Pennsylvania law does not allow for recall elections, but a DA could be removed through impeachment. The Select Committee could recommend impeachment, but the last successful impeachment was in 1994, as WHYY reported.

Secretary of State Blinken postpones China trip, after discovery of Chinese balloon over US, report
Economy