In issuing preliminary injunction, judge concludes government 'significantly understates the burden that its mandate would impose on the ability of healthcare facilities to provide proper care.'

The court concluded that the Centers for Medicare and Medicaid Services (CMS) did not properly consider the impact on health care the mandates would impose on the facilities.

“Because it is evident CMS significantly understates the burden that its mandate would impose on the ability of healthcare facilities to provide proper care, and thus, save lives, the public has an interest in maintaining the ‘status quo’ while the merits of the case are determined,” Schelp wrote in a 32-page memorandum and order in the U.S. District Court in the Eastern District of Missouri.

Missouri Republican Attorney General Eric Schmitt led a 10-state coalition filing the lawsuit on Nov. 5 to stop the CMS vaccine mandate. On the courthouse steps in St. Louis, Schmitt, a candidate for the seat of retiring Republican U.S. Senator Roy Blunt, stated many will benefit from the ruling.

“This is a significant ruling and the first of its kind in the country,” Schmitt told reporters. “What the court said today was CMS and the Biden administration has no statutory authority to do this, none whatsoever.”

Starting in late October, Schmitt led coalitions of states in filing three lawsuits against federal vaccine mandates – for federal contractors and federally contracted employees, for the Occupational Safety and Health Administration’s mandate on private employers with 100 or more employees, and CMS.

Schmitt said Monday's ruling will help all Missourians and all served in CMS facilities.

“Our office may have led the charge on this, but it is the health care workers in Missouri and across the country, it’s the rural hospitals here and elsewhere facing certain collapse due to this mandate, and it’s the patients of those hospitals who are the real winners today,” Schmitt said.

Judge Schelp stated five times in the ruling that it's likely Schmitt and the coalition will ultimately succeed if the ruling is appealed. The ruling only applies to the 10 states in the lawsuit – Alaska, Arkansas, Iowa, Kansas, Missouri, Nebraska, New Hampshire, North Dakota, South Dakota, and Wyoming.

“CMS failed to adequately explain its contradiction to its long-standing practice of encouraging rather than forcing – by governmental mandate – vaccination,” Schelp wrote. “For years, CMS has promulgated regulations setting the conditions for Medicare and Medicaid participation; never has it required any vaccine for covered facilities’ employees – despite concerns over other illnesses and their corresponding low vaccination rates.”

Schelp also stated CMS violated its own regulations by not accepting comments on policies.

“Moreover, the failure to take and respond to comments feeds into the very vaccine hesitancy CMS acknowledges is so daunting,” Schelp wrote.

“As an example, for a general hospital located in North Platte, Nebraska, implementation of the mandate would result in the loss of the only remaining anesthesiologist,” Schelp wrote. “Understandably, without an anesthesiologist, there could be no surgeries – at all. Thus, such a loss irreparably causes a cascading effect on the entire facility and a wide range of patients. Other examples show the mandate’s far-reaching implications not just on the administration of health care itself, but the functioning of the facilities in general.”

Schmitt said the virus will always be present and the federal government needs to understand citizens and their rights.

“The truth is COVID is with us and there is always going to be a variant,” Schmitt said. “But I think the people have had enough of the government locking people down. They have had enough of government instituting mask mandates and vaccine mandates. Every time there’s an overreach, we’re going to push back.”

Bureaucrats who have never driven the back roads of Missouri or visited its rural hospitals have no idea of the effects of the vaccine mandate, Schmitt said.

“Here in flyover country, we’ve had enough and we’re going to fight back every single time they try to take our freedoms away,” Schmitt said. 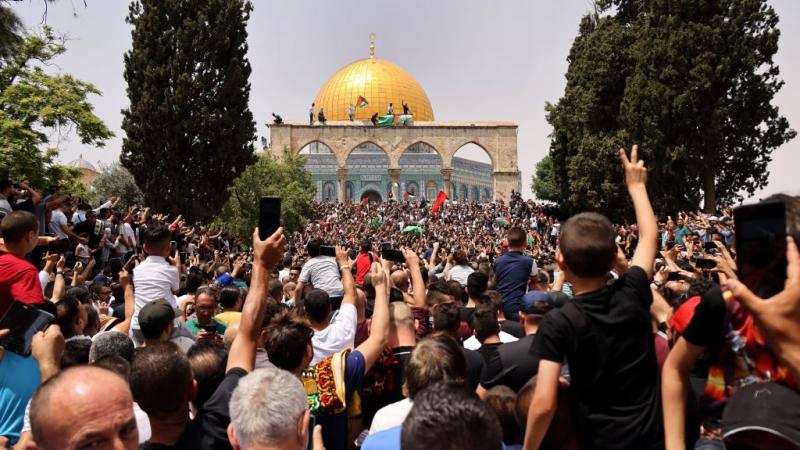