Maryland and Virginia are working on a large-scale commitment to oyster restoration as defined in a 2014 Chesapeake Bay watershed agreement.

Restaurant closures during the pandemic had an impact on the oyster industry at every level, and it's struggling to recover even as restaurants reopen, a state fisheries expert said.

As the Chesapeake Bay watershed changed significantly with population density and development, the fisheries that rely on it have been challenged by water quality issues and loss of habitat.

Allison Corden, Maryland’s senior fishery scientist, told The Center Square the pandemic had a tremendous impact on the industry, encompassing both wild harvest fishermen and the oyster aquaculture industry where people farm and cultivate oysters for harvest.

Once the pandemic hit and restaurants were forced to close overnight, both restaurants and fishermen were impacted.

“More than a couple other sectors of the seafood industry were hit really hard because oyster aquaculture in particular tend to be this high value commodity product that is specifically designed for the half shell market,” Corden said. “And so the oyster market has still been struggling a little bit to come back even as restaurants have opened back up again,” she said.

In 2020, oysters were being harvested a couple days a week, Corden said. Seafood processors weren't buying as many oysters. And other external, larger market forces are currently challenging the industry as well, she said.

“I would say making sure we’re managing the pollution issues in the Chesapeake Bay and the loss of oyster habitat have been really challenging,” she said.

Corden said this is important for oysters, because nitrogen and phosphorus are nutrients that in excess fuel algae blooms.

The reduced population of filter feeders like oysters in the Chesapeake Bay are not able to consume all the excess algae, which fuels low oxygen dead zones in the bay.

“Unlike fish that can swim away from these areas, obviously, oysters don't move,” Corden said. “They stay in one place.”

The more that jurisdictions commit to, and execute, their pollution reduction plans, it will help lift oyster populations from the negative effects of low oxygen levels and sediment reductions will help prevent habitat loss.

Historical harvesting, and in some places the harvesting that is happening now, reduced the height and extent of the oyster reef habitat in the bay, Corden said. With the reduced heights and more sediment coming into the bay, it's very hard for today's oyster populations to keep up, Corden said.

“But all of this, of course, is going to be caveated with the statement that climate change is going to make all of that more difficult,” she said. “We probably have seen or heard about over the past couple of years, these record rainfall events that are pushing tons of sediment and debris down through the watershed through the Conowingo Dam, turning the Chesapeake Bay into a muddy mess.”

Maryland and Virginia are working on a large-scale commitment to oyster restoration, which was defined in the 2014 Chesapeake Bay watershed agreement.

The plan was to restore oyster populations in 10 tributaries by 2025. Maryland committed to five tributaries.

“Maryland has considered and has completed three out of their five: Harris Creek, Little Choptank River and Tred Avon River," Corden said.

According to Corden, these projects range up to 450 acres of restored oyster reef, making them the largest restoration projects in the world.

Through six years of monitoring the outcomes show the restoration projects are working, she said.

“Oysters there are thriving,” Corden said. “The majority of the reefs that have been restored are meeting their target metrics that were set out before the restoration of at least 50 oysters per square meter.”

Researchers estimate restored reefs in Harris Creek filter the entire volume of the creek in a week during the summertime. The oyster reefs in that river can remove the entire annual inputs of nitrogen into its watershed, she said.

A Morgan State University economic study showed that restoring those oyster reefs would increase productivity in the blue crab and white perch fisheries by an additional $10 million to $12 million annually to Talbot and Dorchester counties, Corden said. 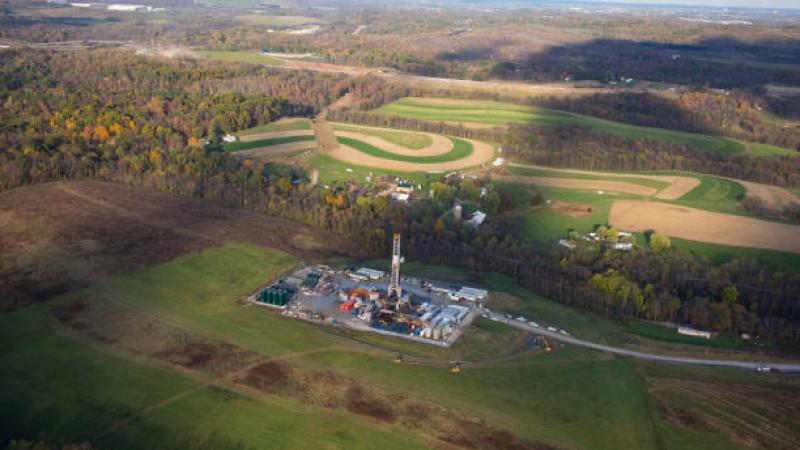