Trump's 3-point checklist: How he weighs decision on 2024 run

There are three key factors former President Trump will assess in weighing a campaign to recapture the White House 2024, according to Trump political stalwart Corey Lewandowski: health, political clout, and money.

Trump "turns 75 on June 14th, so the first factor, obviously, is his health," Lewandowski told "Just the News AM" on Wednesday.

Were Trump to be elected in 2024, he would be 78 years old (Biden's current age) when he assumed office. Following a campaign in which Trump repeatedly questioned Joe Biden's ability to "put two sentences together," the former president is, according to Lewandowski, taking seriously the element of his age — including both physical and mental health.

Trump, however, is "in incredible shape and is obviously a very active individual," said Lewandowski, a longtime fixture in the former president's political brain trust. Those who spent the last season visiting with Trump at Mar-A-Lago report the former president looks slimmer and is maintaining a healthier lifestyle than during his time in Washington.

Next comes the question of the 2022 midterm elections, which will be a test of Trump's residual political clout. He has made it clear that he plans to play a prominent role in the Republican effort to regain both House and Senate majorities. Specifically, in addition to making an impact in the expected batch of competitive general election races, Trump is looking at primaries in which he can help oust Republicans who voted to impeachment him. Reps. Adam Kinzinger in Illinois, Anthony Gonzalez in Ohio, Liz Cheney in Wyoming and Sen. Lisa Murkowski in Alaska top the list of targeted candidates.

Measuring the effectiveness of Trump's efforts in the midterms will be another metric to assess ahead of a possible 2024 run. "What is our ability to win back the House and the Senate? And how much influence does he have in doing that?" said Lewandowski.

Based on the history of midterm election results combined with current polling trends, Republicans appear for the moment well-positioned to retake the House in 2022. The Senate remains a question mark, as several prominent Republicans retire at the end of this term, and several swing-state incumbents are up for reelection. The 2022 elections will shed light on how Republican voters behave in a post-Trump landscape, which will give Team Trump a better understanding of their prospects moving into 2024.

Cash is the third consideration Trump will take into account: What will the former president's fundraising numbers look like several years from now? Make America Great Again Action, Trump's new super PAC, of which Lewandowski is the president, holds its first fundraising event this weekend at Trump's Bedminster golf club, where the former president recently returned after winter in South Florida. The minimum price for entry is reportedly $250,000, and Lewandowski says they're expecting a crowd. Any super PAC funding could be used to help preferred candidates during the 2022 cycle, or placed aside for 2024.

Shortly before departing the White House, Trump also launched the Save America PAC, a leadership PAC that has raised tens of millions of dollars since December.

All three factors "have aligned very well for former President Trump right now," Lewandowski assesses. But, he cautioned, "there's a long election cycle ... so we've got a lot of time before he has to make a decision." 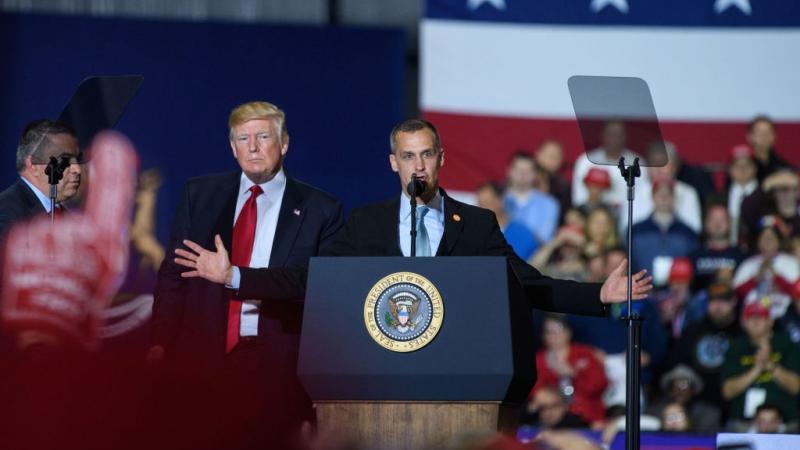