Luis Moreno Jr. has been posting pro-Trump content on social media since roughly the onset of the coronavirus pandemic

Luis Moreno Jr. will no longer serve as a Spanish-speaking radio analyst for Carolina Panthers football games, after holding the role since 2010. He says that his support for President Trump on social media lead to the end of his role on the broadcasts.

Moreno Jr., 42, came to America from Mexico at the age of 14, officially becoming a U.S. citizen last month, according to the Charlotte Observer.

In April, he began more visibly supporting the president via his personal social media accounts.

Moreno Jr. said that Eric Fiddleman — described by the Observer as "the radio and television affiliate manager for the Panthers as well as the Spanish-language radio general manager for the two announcers" — asked him, on behalf of the Panthers, to scrub his personal social media biographies of any references to the team. Moreno Jr. complied.

Moreno now describes himself as a Trump supporter in various social media profiles, and has continued posting in support of the president. According to the Observer, these supportive posts sometimes include content featuring the QAnon conspiracy theory.

"If people really find out what QAnon is, I think that more people would be on board because we are nothing but love and truth," Moreno Jr. told the Observer. "All we're trying to do is just wake up people."

When Fiddleman reached out over the summer saying that Panthers' Vice President of Communications and External Affairs Steven Drummond wished to discuss Moreno Jr.'s use of social media, Moreno Jr. says he told Fiddleman, "If what they want me to do is stop supporting the president, I'm not gonna do that."

As an independent contractor whose contracts concluded at the end of each season, Moreno Jr. had already altered his social media bios, despite not being under a current contract with the Panthers.

"Basically what I told Eric, I said, 'Listen ... I'm not even under contract right now. I am not willing to participate in this project anymore if I'm going to be censored. So unless they call me, I'm not going to do it anymore. Because I am not OK with them censoring my freedom of speech in support of the president.'"

Despite reaching out several times over the summer, the Panthers did not get back in touch with Moreno Jr.

"This has nothing to do with how good I am at what I do," Moreno said. "I'll put myself against anybody in the country when it comes to what I do in Spanish. None of my support for the president was done on any of their social-media pages, it was never done on any of the airtime — whether it was a podcast or a broadcast or anything related to the Panthers."

Moreno Jr. told the Observer that he believes that if the team had reached out to him, he and the Panthers would have been able to work out the issue. 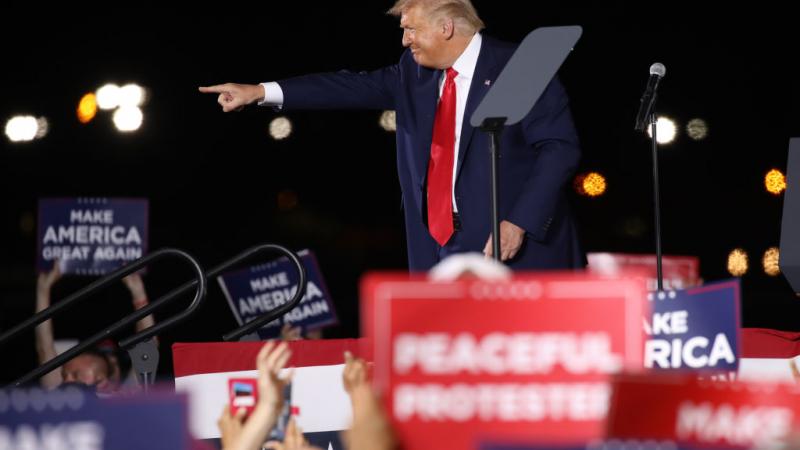