Former President Trump is ripping the affidavit released Friday afternoon by the Justice Department that allowed FBI agents to raid his Florida home, calling it "total public relations subterfuge" by the agencies and releasing a parody press release.

In the release, Trump shared a heavily redacted paragraph that only showed the words "Make," "America," "Great," and "Again."

"They missed a page," was the release's only other line. 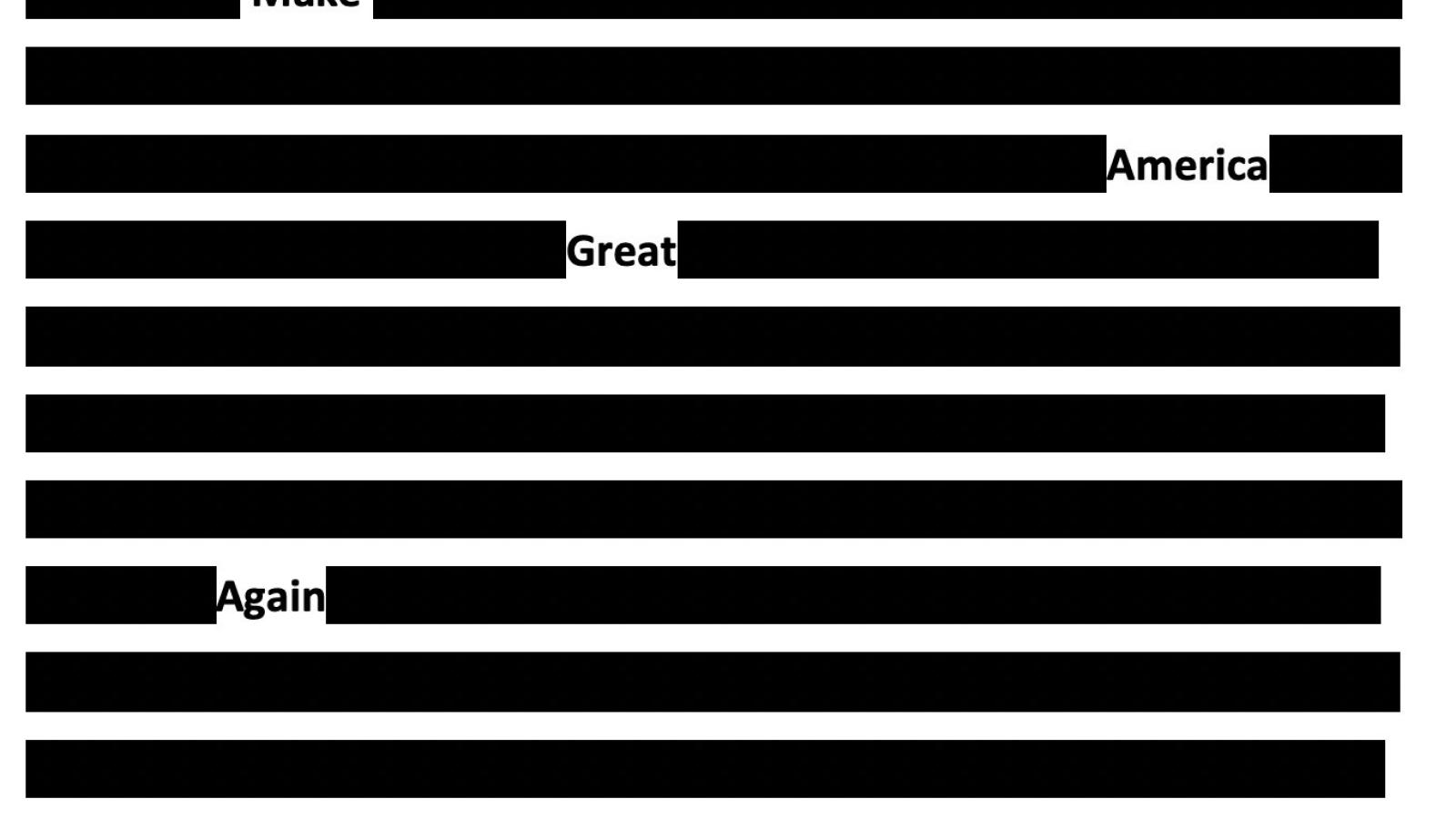 He previously posted a series of messages deriding the heavy redactions on the affidavit.

"Affidavit heavily redacted!!!," Trump posted on his TRUTH Social account shortly after the redacted affidavit was released by the department – at the demand of the federal judge whose OK of the document led to a warrant being approved to search Trump's Mar-a-Lago estate, in Florida, on Aug. 8.

"Nothing mentioned on 'Nuclear,' a total public relations subterfuge by the FBI & DOJ, or our close working relationship regarding document turnover - WE GAVE THEM MUCH. Judge Bruce Reinhart should NEVER have allowed the Break-In of my home," Trump also wrote.

The former president was likely first referring first to news reports that he took documents related the country's nuclear arsenal when he left the White House for Florida, then to him and his team having worked with National Achieves to turn over some White House documents before the raid.

Reinhart is the U.S. magistrate judge in Florida overseeing the case and who signed the affidavit. He had donated to the presidential campaign of President Obama, a Democrat.

Trump also said Obama must be "very proud" of Reinhart.

Trump says that if he had to do it all over again, he still would run for president: Haberman book