Trump slams Fauci's claim about following the science on COVID, says 'he is merely science fiction!'

Trump in his statement Thursday also calling the coronavirus "the worst event in world history."

Fauci, who has been part of the Trump and Biden administration's pandemic response team said Wednesday on MSNBC: "All of the things that I have spoken about consistently from the very beginning have been fundamentally based on science.

The argument by Fauci, the United States' top infectious disease expert, comes amid the release of emails that track his efforts to control the pandemic since it started in March 2020 and subsequent calls by House Republican leader Kevin McCarthy and others for his ouster.

In an April 2020 email, Fauci told then-Health and Human Services Secretary Sylvia Burwell that "the typical mask you buy in the drug store is not really effective."

Trump in his statement Thursday also calling the coronavirus "the worst event in world history." And he argued that he was "right about the China Virus from the beginning," referring to calls now across the political spectrum about the virus perhaps having leaked from a virology lab in Wuhan, China.

That argument by Trump and others earlier in the pandemic was largely dismissed as conspiracy theory.

"This is why the Chinese Communist Party should pay $10 trillion in global reparations for what they allowed to happen," Trump also said Thursday. 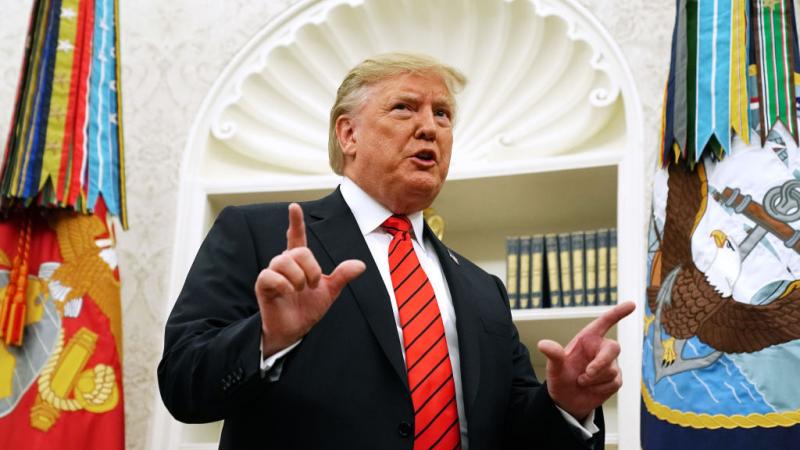