McDaniel suggested RNC's larger concern is the Commission on Presidential Debates, which she thinks is bias against GOP. 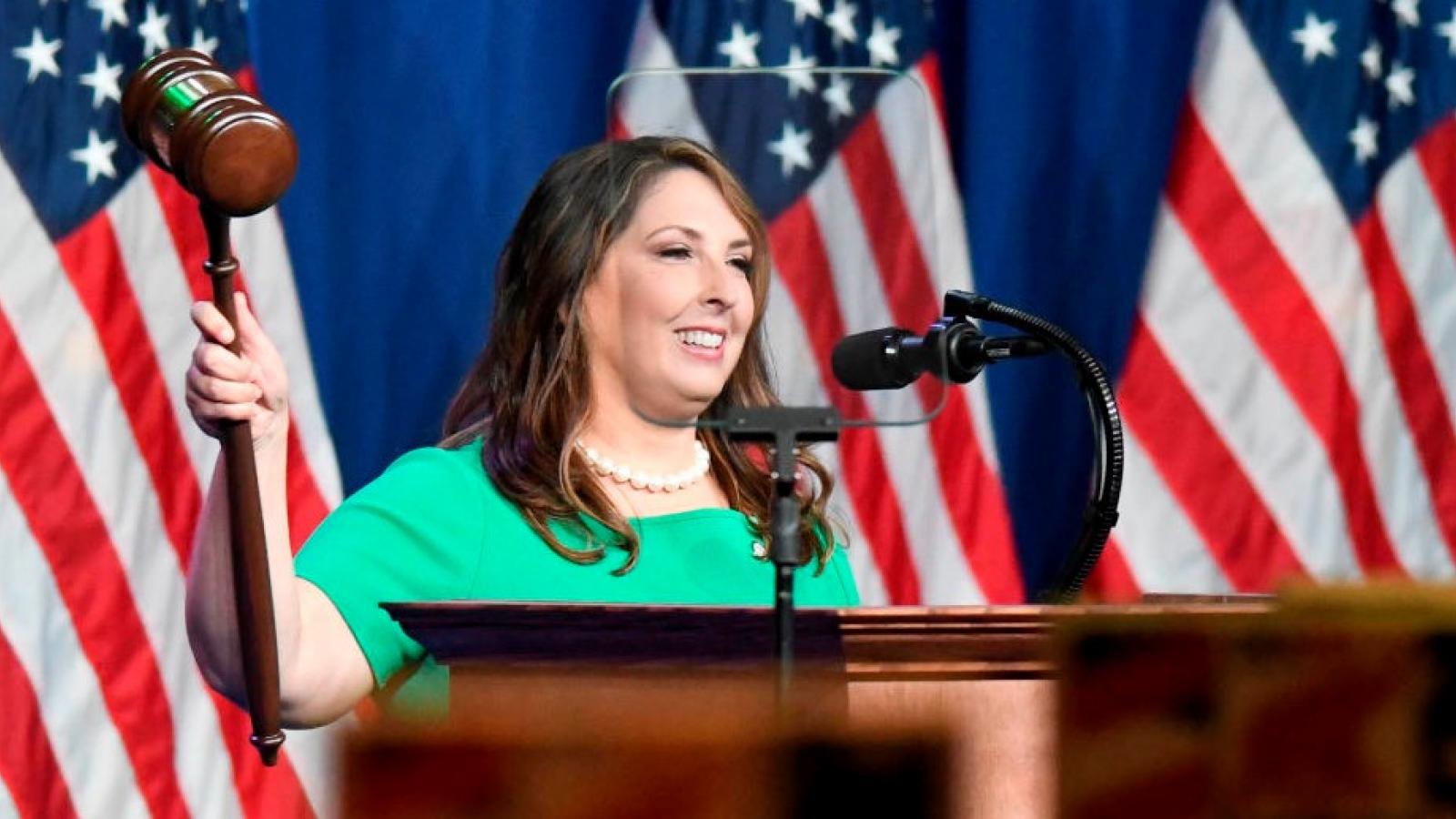 In an interview Wednesday on Newsmax’s "Spicer & Co.," she was asked whether the RNC is willing to establish a system to ensure that mainstream media outlets that have gone against former President Trump, who might run again, and that have made clear that they are "mouthpieces for the DNC or the Biden administration, will not host an RNC-sanctioned debate."

"Absolutely," McDaniel replied. "We just formed a debate committee to start working with this process."

Still, McDaniel, appointed by Trump several years ago to run the RNC and reelected this year, suggested the group's main  focus now is which groups will be allowed to host sanctioned primary debates and what to do about the Commission on Presidential Debates.

She told show host Sean Spicer that the commission last year "absolutely put their thumb on the scale heading into the general" election.

McDaniel also said the commission works directly with the candidates and does not negotiate with the RNC.

She said the commission's decision to make Trump's second debate against Democrat Joe Biden virtual amid the coronavirus "absolutely hurt voters" and that to have the first debate after 16 states had started voting "was just egregious."

"It's supposed to be non-partisan," she said. "So we’re going to be looking at the whole process preparing for 2024, and it does start right now."

During the last presidential primary cycle, there were three debates hosted by Fox News, three by CNN, two by Fox Business, and one each for CBS News, ABC News, NBC News and CNBC.

But as McDaniel noted, the first debate, set by the commission and agreed to by both candidates, did not occur until 16 states had already voted.

The three presidential debates after the two parties had a presumptive nominee were problematic, largely as a result of the pandemic.

The second debate was canceled after Trump tested positive for the virus and then spent three days in the hospital. The committee decided the second contest should go virtual, but Trump quickly shot that down and said he wouldn't participate if it wasn't face to face. The committee then canceled the debate, which drew a rebuke from Team Trump.

“The American people should not be deprived of the chance to see the two candidates for president debate face to face two more times just because the Commission on Presidential Debates wants to protect Joe Biden,” said Bill Stepien, Trump’s 2020 campaign manager.

The commission also changed the format after the first debate, after Biden and Trump repeatedly interrupted each other, leaving voters disappointed, especially with Trump's repeated interruptions.

That debate "made clear that additional structure should be added to the format of the remaining debates to ensure a more orderly discussion of the issues," the commission said afterward. "The CPD will be carefully considering the changes that it will adopt and will announce those measures shortly."

In response, both candidates had their microphones muted while the other gave their initial answer to a question.