In tiny Windham, a November hand recount in a state legislative race revealed vote count discrepancies up and down the ballot — all benefiting Democrats.

An audit team sent to conduct a forensic examination of the 2020 election results in Windham, N.H. started the process off well enough on Tuesday. But by Wednesday, they hit a major snag: The live stream cameras that had been broadcasting the audit room around the clock went offline for close to 90 minutes, potentially obscuring any problematic intervention.

The team decided Thursday morning to reinspect the ballot machines on camera in an attempt to maintain observers' faith in their process. They needed to determine whether the machines had been tampered with over night when the cameras mysteriously went down.

With the country focused on the election audit in Maricopa County, Ariz. and early headlines about election night troubles centered on cities in Georgia, Pennsylvania and Michigan, it comes as a small surprise that the idyllic New England town of Windham — where Republicans ultimately won each of the races now being inspected — also now finds itself under scrutiny for possible election night machine malfunctions and numbers that just don't add up.

While the audit is focused solely on tiny Windham (estimated population: 14,853),  the results could have statewide repercussions, as the AccuVote machines used in the town are the only vote-counting machines approved for use in New Hampshire.

The goal of the audit is to review the 2020 election results in hopes of finding an explanation for significant discrepancies uncovered during a hand recount conducted in mid-November at the request of one of the Democratic candidates for the New Hampshire House of Representatives.

According to the election night tally, Democratic candidate Kristi St. Laurent fell short of winning her seat by just 24 votes. But, after a hand recount conducted by the secretary of state on Nov. 12, St. Laurent's deficit widened significantly from 24 votes (.005%) to 420 votes (9.6%). The results of the race were unchanged, but the recount showed that each Republican on the slate had been shorted about 300 votes, and votes for St. Laurent had been overcounted by 99 votes. 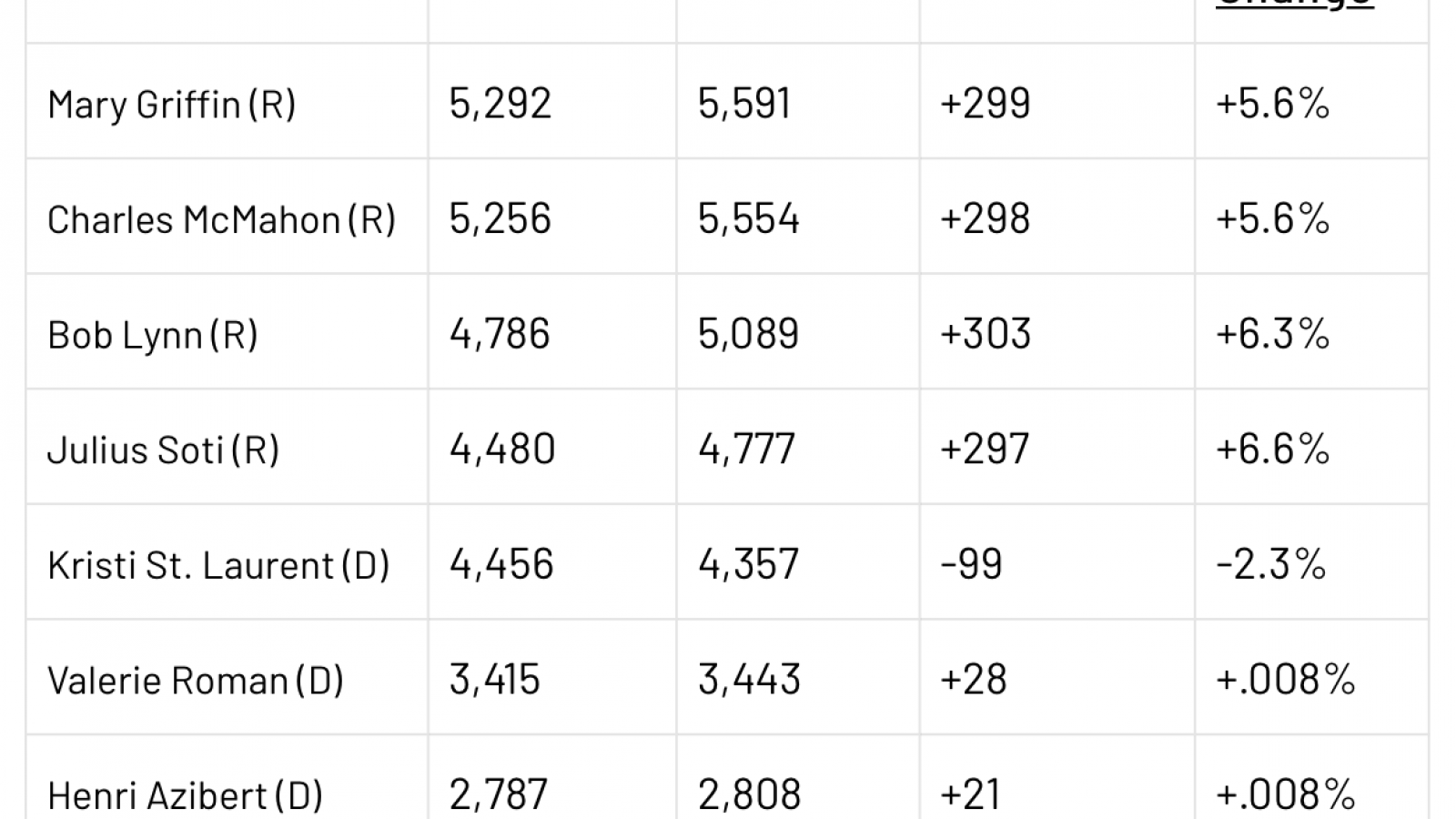 Windham Election Moderator Betty Dunn has maintained that any Election Day discrepancies were not tied to the operation that she helped oversee in early November. Following the hand recount, Dunn said: “Until and unless it is proven that the town officials made a mistake, I think with all the time and effort and support and the number of public officials who you all put your faith and trust in, we ought to begin with the premise that we did our jobs, and did it well.”

In mid-April, New Hampshire Republican Gov. Chris Sununu signed a bill authorizing a forensic audit of the District 7 race in Windham. The bill was unanimously passed by the state Senate, denoting the bipartisan desire of the elected body to get to the bottom of Windham's election discrepancies.

The audit team is comprised of Philip Stark, a professor of statistics at the University of California, Berkeley, Mark Lindeman, an acting director of Verified Voting, and Harri Hursti, a computer programmer. They are overseeing a multistep process, initiated with the bags and boxes of ballots being delivered to the audit location on Tuesday.

The audit begins with a physical count of the ballots that includes tagging each ballot with a unique marking in order to confirm an exact figure. The ballots will all be imaged to ensure that backup copies exist, then they will be run through the AccuVote machines used in Windham in November. The next step is an audit of the machines themselves, which will entail imaging all of the data and memory of each machine card and scanner. The programming of all four machines will be inspected to make sure they are all the same. And finally, the characteristics of the physical ballots will be inspected, including ink used and the state of the ballot envelopes.

Following the Nov. 3, 2020 election, vote tallies recorded by three of the machines show results that closely approximate each other across all races, including the presidential. But on the remaining machine, the percentages received by the Republican candidates are closer to the percentages received by Democrats on all other machines (and vice versa). The numbers appear to be flipped.

In the presidential race, for example, on machines 1, 3 and 4 the results for the major party candidates were as follows:

Machine 2 also appears to have recorded a significantly higher "Overvoted" percentage than the other machines. The hand recount in November did not account for the machine patterns outlined above, but the hope is that the forensic audit will.

Prior to beginning the forensic audit on Tuesday, Mark Lindeman said that the "fact pattern" he and his team have been brought on board to assess "seems unusual, if not unprecedented."

The four machines being audited are AccuVote optical scanning systems, which were manufactured by Global Elections Systems Inc., which was ultimately acquired in 2010 by Dominion Voting systems. Dominion owns the intellectual property of the AccuVote machines and its related election management system, but did not manufacture the machines being used in New Hampshire.

AccuVote machines are the only legal ballot-counting technology in New Hampshire and were used in all towns and cities in the state, except those that opted to hand count ballots on election night. Any problems found in these voting machines could thus have implications for the 2020 election results statewide, including the presidential contest, in which Biden defeated Trump by 52.9%-45.5% in the official tally.

The audit team has until May 27 to complete the project.

Despite the mysterious circumstances the audit ran into on Wednesday night, Hursti said he is "more confident than usual that we can have a good conclusive explanation" following the audit, though he "never guarantees" an outcome.

While it might be an overstatement to say the whole world will be watching Windham, it's clear the most famous resident of Palm Beach, Fla. will be. "Congratulations to the great Patriots of Windham, New Hampshire for their incredible fight to seek out the truth on the massive Election Fraud which took place in New Hampshire and the 2020 Presidential Election ... look forward to seeing the results," wrote former President Trump earlier this month.