With global elites redoubling their push for environmentally "sustainable" synthetic foods, the FDA is already approving lab-grown meat and dairy. Can turkeys cultured in bioreactors be far behind?

Enjoy your traditional Thanksgiving turkey today while you still can.

The turkey of tomorrow is destined to look a little different.

But if you just can't wait until the end of the decade to get in on the lab-grown craze, fear not: It's already here. Companies promoting lab-based meat and dairy have already received FDA approval.

If recent reports are to be believed, lab-based dairy is the future. Removing dairy cows from the equation means less methane emissions. Earth's atmosphere wins, climate change activists claim. But there's a price to be paid by the losers, namely dairy farmers and consumers. To "save the environment," it seems, traditional farming practices must be abandoned.

The global dairy industry is under attack. From Ireland to India, dairy farmers are being forced out by elites who believe the dairy industry is in need of a radical overhaul.  Synthetic milk, also referred to as lab-grown dairy, is the future, they say.

Researcher Milena Bojovic urges moving beyond "animal-based food systems to more sustainable forms of food production," defending the transformation in the name of "animal welfare." But the push to make synthesized milk mainstream will upend the lives of dairy farmers around the world, potentially devastating local economies.

Today, there are 116 million dairy farmers worldwide; by 2030, according to Dairy Global, there will be 104 million. The U.S. is home to 30,000 dairy farmers. Twenty years ago, that number was 70,000. For a number of reasons, from poor earnings to governmental overreach, dairy farmers are in decline.

Tens of millions of people across the globe rely on dairy products to survive. Many of these people live in poorer countries. Cow's milk protein, for example, is a key ingredient in products used to treat malnourished children. (By the end of the decade, there will be 129 million malnourished children worldwide).

Cow's milk is a nutrient-rich food, providing protein and micronutrients like calcium, magnesium, selenium, riboflavin, vitamins B5 and B12. Consumption of milk is directly associated with a reduced risk of developing osteoporosis and possibly even colorectal cancer. Synthetic milk, however, lacks vital nutrients.

To fully appreciate the scale and momentum of the global offensive against natural meat and dairy one must recognize the driving role of the World Economic Forum (WEF), the international organization behind the Great Reset. The political and business elites in Davos seek to transform the food and agriculture industry — to drive farmers away from farming, replace humans with machines, replace real milk with synthetic milk, and real meat with lab grown substitutes — all in the name of sustainability.

In 2009, the WEF launched The New Vision for Agriculture (NVA). According to an official WEF document, the initiative was designed to "simultaneously deliver food security, environmental sustainability and economic opportunity." The WEF has given itself until 2050 to meet this lofty goal. (Monsanto, the agrochemical corporation plagued by various scandals, was once an NVA partner. Bayer Crop Science, which bought Monsanto in 2016, is still an active partner.)

One of the funders of the NVA  is the government of the Netherlands. The Dutch government is attempting to drastically reduce the country's nitrogen emissions. Much to the dismay of Dutch farmers, achieving this goal means slashing the number of cattle, chickens, sheep, and pigs by 30%.

The push to make agriculture more "sustainable" and environmentally friendly is also playing out here in the U.S., of course. In March, the Securities and Exchange Commission (SEC) put forward an ESG (Environmental, Social and Governance investing) proposal that poses major economic risks to the country's two  million farmers. Lab grown foods may or may not "save the planet," but they will inevitably accelerate the demise of traditional farming.

For 12,000 years, our food came from plants and animals; soon, though, according to the Guardian, it will come from "unicellular life." Farming is being replaced by ferming, the merging of fermentation and biotechnology.

Lab-grown meat, meanwhile, also poses public health risks. Take Impossible Burger, for example, a new food item that uses a number of ingredients not found in the average kitchen. In March, Impossible Foods, the California-based company behind the burger, announced that its fourth-quarter retail revenue for 2021 had increased by 85%, CNBC reported.

The profits are healthy, but can the same be said for the burger?

When the burger was tested at the Health Research Institute, an internationally accredited, independent lab in Fairfield, Conn., it was found to have dangerously high levels of glyphosate, a herbicide that increases the risk of cancer in humans. Glyphosate is a key ingredient in Monsanto's Roundup herbicide, a potent weed killer.

The transition to the unnatural is being pushed by iconic, influential billionaires like Richard Branson and Bill Gates, both of whom have invested sizable sums in lab-grown ventures. In a telling interview with MIT Technology Review, Gates said that rich nations like the U.S. should switch entirely to synthetic beef. The controversial climate activist singled out for praise the aforementioned Impossible Foods, a company that he has helped finance. 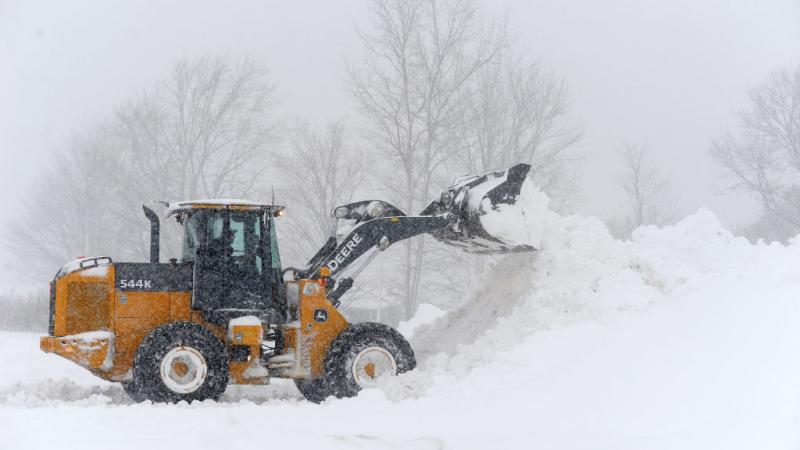