Dow falls 900 points on Friday, giving back some of the previous three days of gains

Markets responded to the continued coronavirus outbreak, as the U.S. becomes country with most confirmed cases 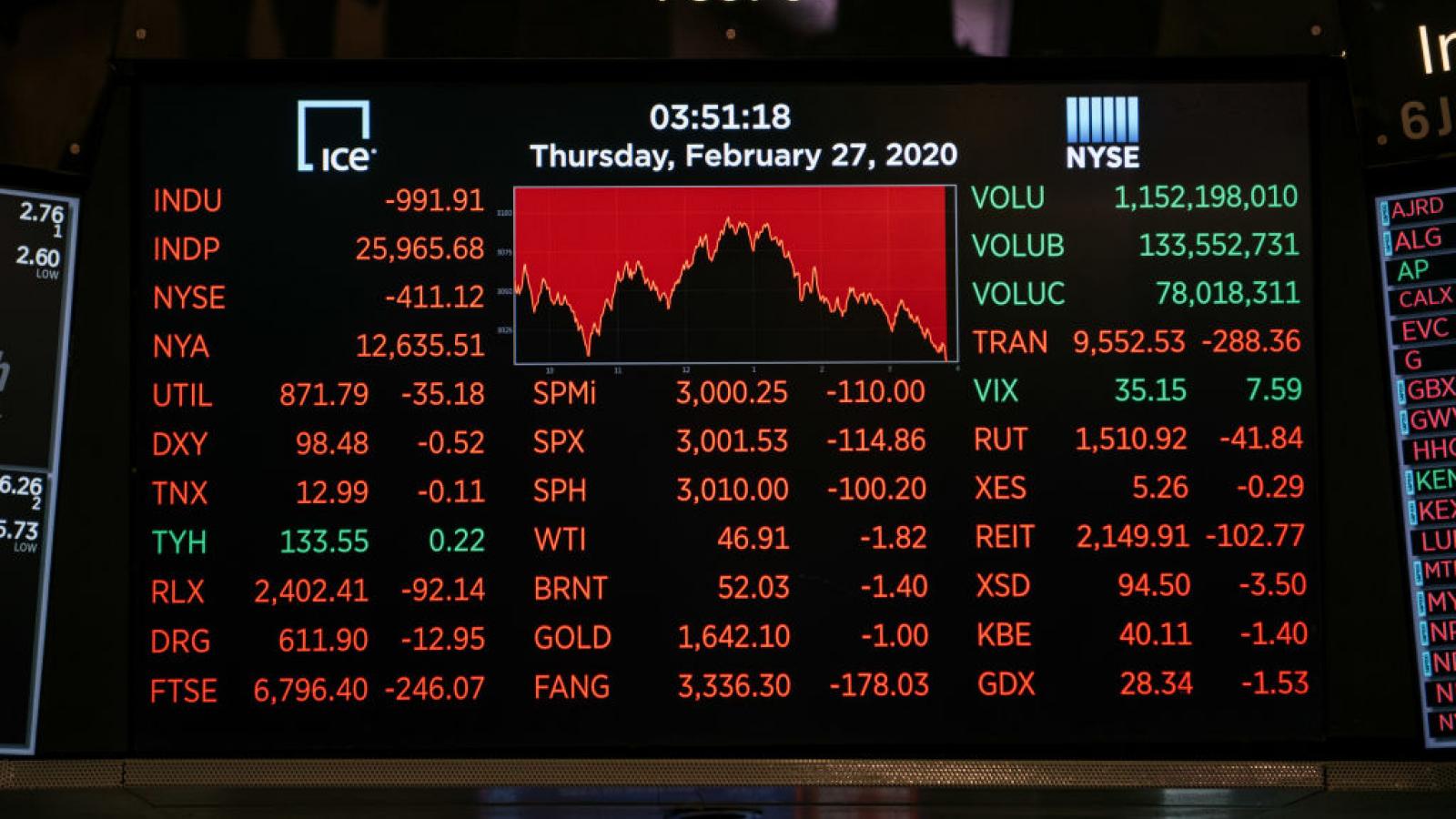 Despite the slide down in the final hour of trading, U.S. stocks clung on to a strong week of gains as the House passed the $2.2 trillion stimulus package and it heads to the President's desk to be signed into law.

U.S. stock futures were trading low earlier in the day, pointing toward at least a 700-point drop for the Dow at opening. The decline follows three straight days of gains for the markets. On Thursday, the Dow rallied about 1,300 points, or 6.4%. The S&P 500 had a 6% gain, now placing it at 20% over its numbers at the close of trading on Monday.

Major European market also fell Friday, as world leaders discuss measures for their tailored bailout package. The Prime Minister of England, Boris Johnson, announced Friday that he has tested positive for the virus.

The U.S. House on Friday is set to vote on a $2 trillion coronavirus relief package. Though the leadership on both sides of the aisle wants a smooth passage for the bill, it may face a delay if even one congressperson insists on a recorded vote. There is at least one member of each party who has suggested they might do so.

The novel coronavirus continues to spread among the American population. The number of cases in the United States has now eclipsed the reported numbers from China